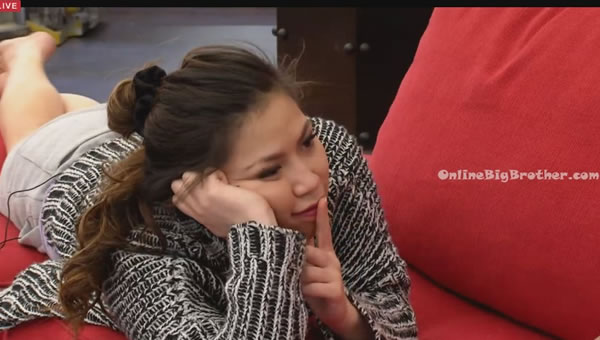 10:10pm Sindy and Brittnee
Brittnee says when she cast her vote to evict Jordan the crowds were so loud, she adds that Bobby’s was the loudest.
They’re told to stop talking about production. Sindy thinks next time they are talking game and someone walks in on them they should start talking about Production so that the voice over the loud speaker interrupts.
Brittnee says “they” are pushing Willow and Godfrey on the block “they don’t believe willow”
Brittnee mentions that AShleigh said she has an idea who is going up. Sindy mentions the Diapers do not know the 5th vote was Sindy they need to keep it that way. Britntee thinks they kinda have an Idea it was her.
Brittnee says Godfrey wants to work with them.. Feeds cut 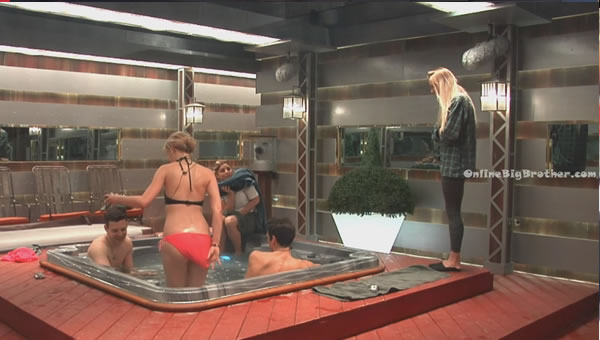 10:10pm the remains of the diapers plus Sarah

lots of silence.. Willow tells them a bit about the live feeds. They start hearing a someone yelling. 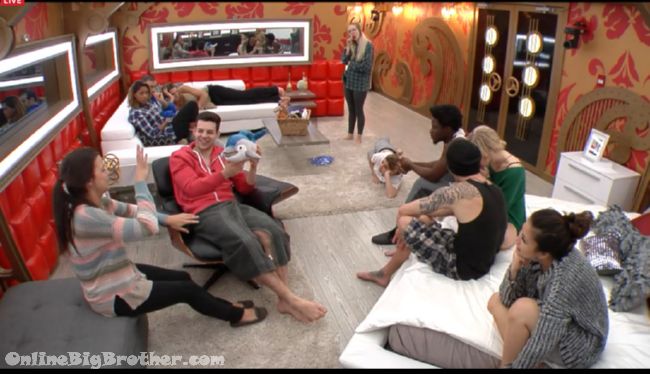 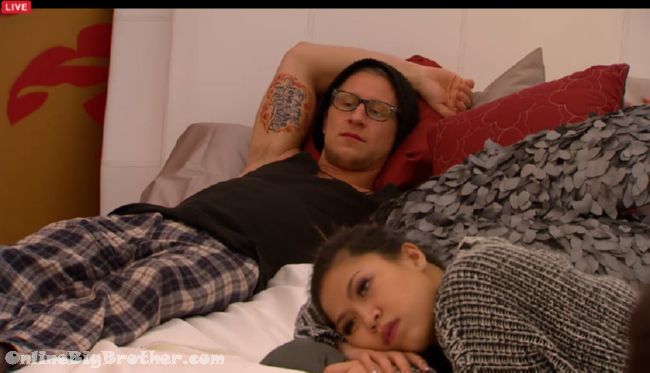 Very comfy on the HOH bed. 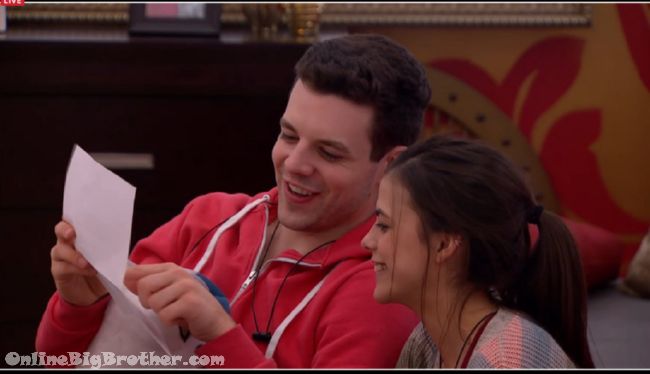 **Giggles** Kevin says the HOH letter is so cute. 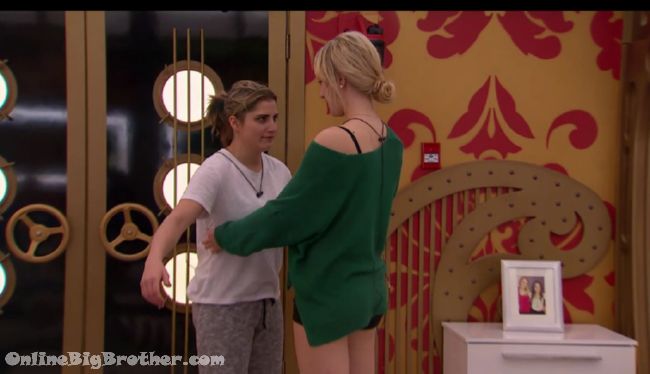 Looking for a tickle spot 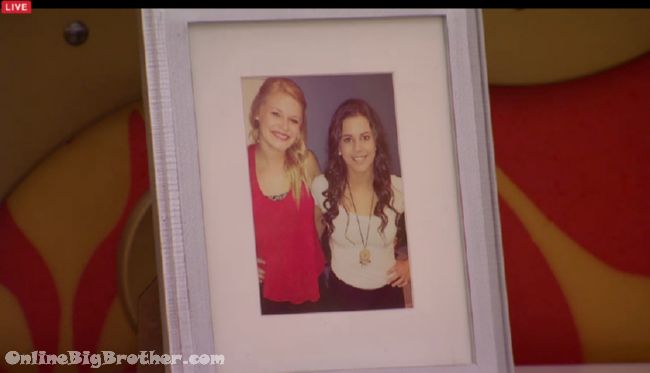 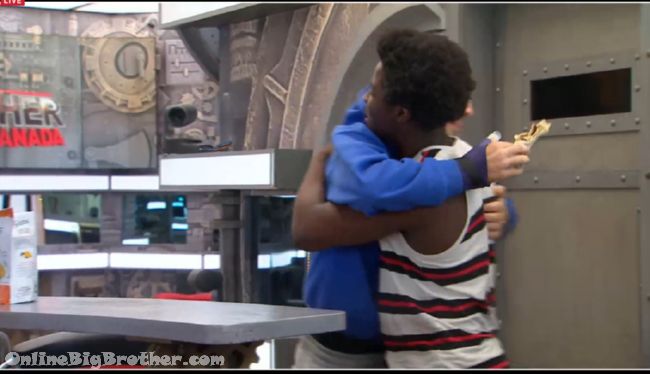 11:18pm Black and Bru
Talking about how Cocky Jordan was up until getting evicted.

Bobby is a fxcking moron. WHY.

ya not a fan of bobby. i just hope sindy survives this week!! sindy is literally the fricking queen.

Live feeds summed up;
Pili: okay let’s be serious
Kevin: okay what do you want to do
Pili: umm what would you do who would you put up I can’t think for myself please tell me

Hahaha Jordan’s face during the episode. He was completely blindsided! I’m annoyed that Pilar won, especially from seeing the the 1st round of the HOH and Bobby eliminated Sindy? Why are you so stupid?! Makes no sense. But regardless I’m pretty sure Sarah is safe this week and that’s all that matters to me right now! Whooot whooot! Seasons finally getting interesting! What more twists can they have, every single one has been a dud so far…

I think it was smart to eliminate Sindy, although I was mad too. There was just a 5-4 vote and he went against his ally Zach. By eliminating Sindy, he was not showing his cards just yet.. and besides it was a competition she had NO chance at. If he’s smart, he would tell her that’s why he eliminated her, to cover his bases.

As much as I would like Cocky#1 to go join Cocky#2 in jury right away, I don’t think it will happen this week. I would like for Kevin, Sarah, and Godfrey to form an alliance and try to go to the end but I don’t see it panning out at least right now.

I think Pilar should put up Bobby and Bruno and try to evict Bruno this week.

Just watched the peter wannabe get evicted…almost like that was the plan….but it wasnt…he just gotta try for anything after this I guess.?..geeeeez!

I honestly don’t think that this will be a bad week, I see either Zack or Bobby being sent to jury. Kevin will be in control of pilar this week and he was told my jp about the chop shop he will get Pilar to take out chop shop members I doubt it that a girl will be sent packing this week. And why would bobby take out Sindy during the Hoh like come on

This might be good now Pilar’s HOH. The downside is that Zach will be safe again BUMMER! But it’ll kinda balance the hoose (no typo here) a little bit. Pilar only needs to come after the CHOP SHOP! Kevin TELL HER! If final 10 and all five are still there I might lose it.

That would be stupid for pili to put willow and godfrey, but if that happens godfrey will still be safe with the 5 votes. And diapers should lose.

Haha, you guys are finally starting spell Sindy’s name right! Most have been the blindside she orchestrated tonight, the made you guys finally show a little respect. :P

I know that kevin should now know the 5 votes if he has a brain because godfrey told him the other day. Fortress is gone thank you and Newport too. Yessssssss! Jordan and Zach made history as the dumbest move of them all. Hopefully who ever is on bb17 or bbcan4 will know now that it never a good idea to put your number 1 alliance still on the block on eviction night.

This is completely inaccurate. The dumbest move of all time is Marcalus from BB USA. IMHO this is just the second dumbest move in BB history. ROFL

Lawon (BB13) evicting himself is the dumbest move ever

Me
Reply to  Unanimous

“I’m coming back with SUPERPOWERS!”

It’s honestly more interesting when the losing side of the vote gets the HOH so one alliance just doesn’t keep decimating the other side making things uninteresting. Hoping Pilar does end putting up Willow with God because God would have the votes. ALSO BOBBY WTF why did you eliminate Sindy? Moron.

K, I’m going back to my “Bobby is a total moron” opinion.

This is the first time Zach has been relatively silent on the feeds…… He probably feels really, really bad.

I cannot handle this girl as it is, and now we are going to be forced to endure more scenes and DRs of her, and to HAVE TO hear her strategize? She has done well in some comps, so it was about time. This is Ashleigh’s HOH.

Zach is tearing up alone in the HOH room. So funny complete 180 from last night.

Sarah and Kevin need to compare notes about the Chop Shop!

hmm. bobby taking off cindy makes it look like she’s not on bobby and Bruno’s side. at least for a second. if any of the hg’s thinks to spin it. someone think to spin it.
if you’re a houseguest, of course you’d leave pilar in a mental elimination challenge. they have stated before that they think she’s stupid. she just had to sit there while everyone considered a genius was picked off. dear god… if the battle of the brains came down to pilar and bobby for the hoh….
one question. how did production know a week in advance to cancel Monday and Tuesday afterdark? considering feeds were on, and the show is more tv viewer centric, it’s a good idea to cancel afterdark if big dramatic things are happening so people have to watch the episode. but a week in advance? strange. sorry about that production conspirator question, but it has been bugging me.

Black and Bru, cmon guys. Just get to Kevin. He’s a gamer. He turned on Johnny. He can get Pili to nom Zach. LOL

At least Bobby voted correctly before reverting back into the village fool.

If a CS member left this week (Willow, Bobby, or Bruno) I wouldn’t be upset.

Now that JP is gone we need to start taking out Chop Shop, they talk about JP being cocky, they have been cocky the whole season, so Canada when we get to vote for 2 nominees to go up please vote for 2 chop shop to go up, it will be so boring if they go all the way, please lets break them up so Sara & Kev has a chance to get to the end