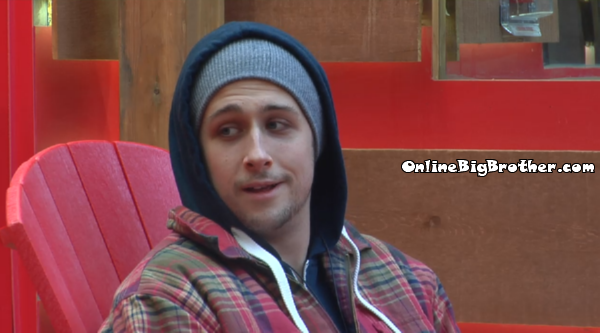 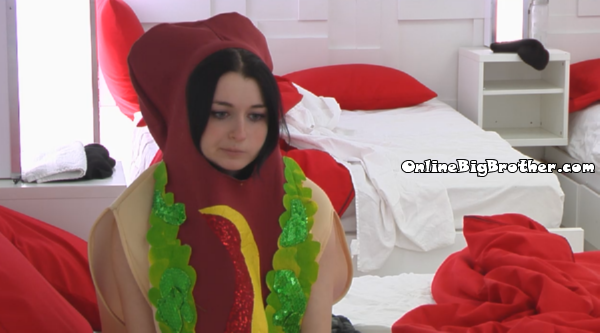 6:00pm Sabrina and Rachelle
Sabrina says Rachelle is so mature. 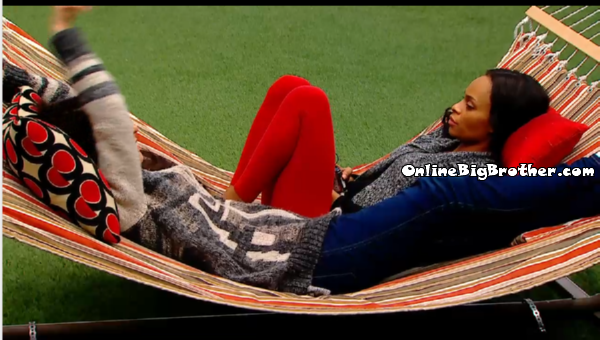 IKA – “I regret that girls alliance.. it was too big”

IKA says Sabrina is the person that starts all the drama but when it gets heated she cries and makes you seem like the bad person. Or she causes sh!t and tries to move in and play the role of the peace maker.

Jon says Sarah and “Neds” are the only people that he would want to know outside the game. Sarah feels the same way.

Jon says Andrew is his biggest fear right now. He thinks even if Andrew does go after him he believes he has the numbers. Sarah doesn’t know what Andrew is doing, She says she’s left out of those types of conversations. Sarah doesn’t suspect Andrew is targeting Jon.

Jon says it’s gotten out that he doesn’t like Andrew, jon thought he has squashed it but he’s not sure. Andrew told him things during the night they were drunk that made him worry. Jon and Sarah agree that Andrew is target number one for most people in the house.

7:40pm HUSH HUSH They are probably getting their reward for arlie completing the Moose task.

Talking to a person in a hot dog outfit and telling them how mature they are. Priceless…..

Playing each other for information when drunk, awesome life skills to know and have….amusing how these tactics are not working for this group of contestants………these contestants are very skilled players in real life….

Hey Simon and Dawg. Can you guys please confirm if Adel ever called Sabrina a cow and if he mooed at her? What else did he do to her?

Uh-oh it looks like my boy Jon might be in some trouble… I want him, Neda, Arlie, Heather and Adel to go far. I want the first 5 to be taken out.

I hate that the show is making Sabrina the new Amanda! I don’t care if It’s kinda true, Sabrina is gross.

Amanda was gross, as well. I think they’re very similar.

Ugh. It seems that Jon’s become a target. Hoping he can survive next week! Neda & Jon need to make it to the final two.

I just watched the Sunday show. I don’t know how you can watch these morons on feeds as much as you do. I’m giving the show a break until some of the airheads get evicted. These people are even harder to watch than they are to read about!

Heather will never win one single comp because she doesn’t want to.

I would like for Neda to get Sarah or Sabrina on the block this week or at least someone from the first 5, I like a back and forth type of game. Ika needs to stay around and stir up more trouble, can’t have all the controversial impulsive players gone or the game will get boring. We already lost paul and kyle, too very interesting house guest. Send home sarah or heather they are boring.