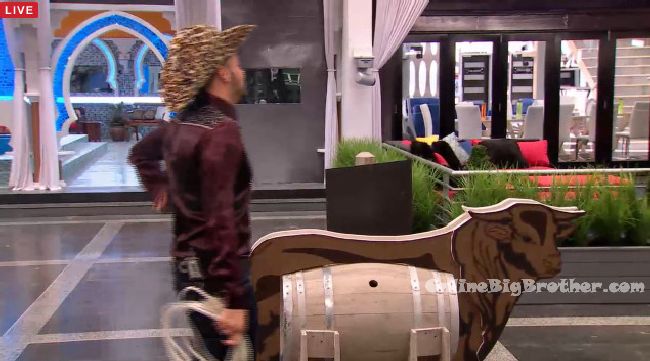 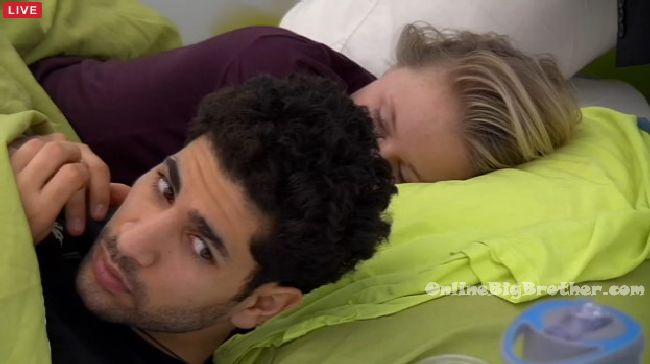 9:20am In the high roller room – Tim says a backdoor would be great. Cassandra says next week I want to win HOH. I didn’t want to win it but no one is doing it. Tim gets up and starts looking around the room in the vent and the walls. Big Brother tells him to stop that. 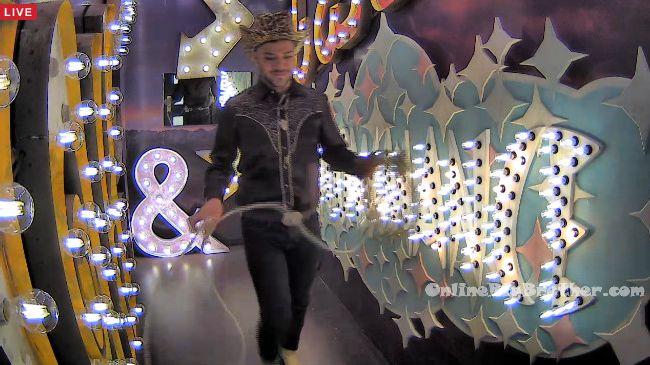 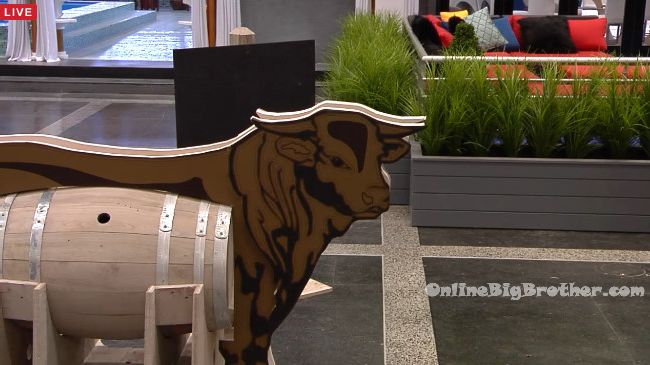 Tim asks Dallas when he is getting his cactus suit. They wonder if it will be prickly. Dallas says time will tell. I’m not worried about it. Tim says at least you won by getting it. Raul didn’t win. Dallas laughs.

10:20am – 10:30am HOH room – Joel says nobody has offered me anything. Well I guess Raul did, he said if you don’t put me up I’ll offer you security. Its like if you didn’t read the fine print. Like someone saying they won’t put you up but then they backdoor you. Security what does that mean?! I like you, I feel safe with you!? Loveita says part of me thinks that people get jealous when they see someone work well with someone. Loveita says I don’t know if anyone wants to keep a showmance in the house. I think that people see that Raul is only close to Jared because of Kelsey. I think people are going to try and keep her.

Hot Tub room – Dallas asks Jared so I would imagine you want Raul to go? Jared says I don’t know. Its a tough decision. We’ll all have to sit down and discuss it. Jared asks Dallas who he wants? Dallas says he’s not sure. Dallas says if you had won it, it would have really shaken things up. Phil joins them. Phil says Raul is at 120 of 1000. Raul is only allowed to stop for water, washroom and food.

10:50am Maddy, Mitch, Cassandra Jared, Kelsey Tim, and Phil are in the hot tub room. Tim wears his “budgy smugglers” speedo. Jared and Phil want to wear one too. Tim gets them each one and they change into them.

HOH room – Loveita and Joel are talking. Loveita tells Joel that she still doesn’t trust Cassandra. I think that she is going to tell Maddy that I told her. (Maddy told Loveita she was voting to keep Kelsey. Loveita then told Cassandra.) But if Maddy comes to me I’ll just say that Maddy pressured me. I’m not going to lie about it.

11:35am – 12:30pm Big Brother calls all the house guests to the living room. Big Brother blocks the feeds and when they return Dallas is wearing his cactus costume punishment. 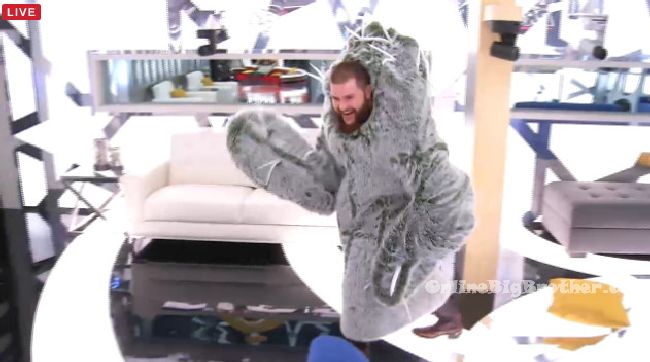 When people are have-nots, they shouldn’t be able to use the HOH bathroom along with the other losses they endure.

You’re right there must be a bucket in that house.

Scumbag=Ramsey?
…i dont think hes a trustable guy…
anyone else sense that…im not sure yet though…

Scumbag = Maddy She’ll sleep with anybody it seems and I don’t mean just sleep.

Can someone explain this fake eviction to me? So basically Joel’s HOH doesn’t matter, and Kelsey/Raul will be staying?

Here is my guess: the first eviction (Joel’s hoh) is real. The second eviction which is the instant will be fake. that person will be locked in the high roller room for easter weekend watching the tv screen like the season two secret room houseguests that ended with Allison entering the house.

When Maddy said “Why does he like me so much?” and Ramsey responded “You’re not even that good looking, and you’re annoying.” Was he being sarcastic, lol? I can’t tell because I haven’t watched Ramsey that much. Is he really that rude, or was he just teasing? Was there any truth to that? I’ve heard him say that Maddy would be better as a brunette… Kinda irrelevant, but I’m curious to know what kind of person Ramsey is.

He was being sarcastic.