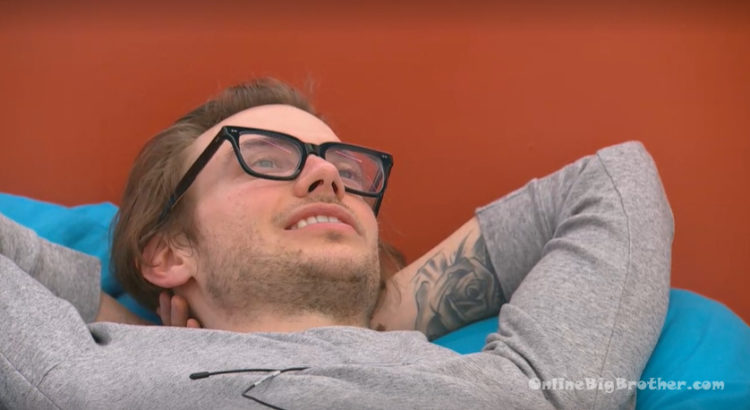 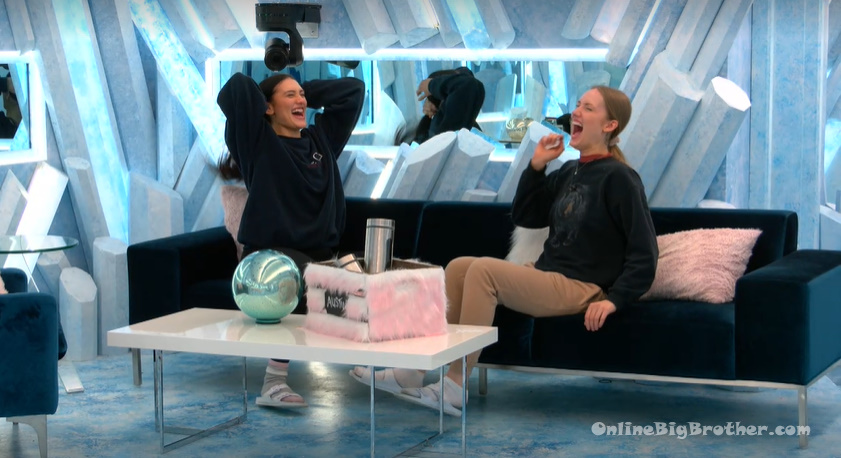 11pm HOH room – Beth and Austin.
Beth – I don’t think I’ve laughed this hard since day one. Austin – if they ever bring us into the diary room together we have to look like this. Beth – shut the f**k up .. right in front of Josh. We literally made an alliance in front of him. Austin – I’m dead! I am actually dead! Beth – I am so in love with you ..its stupid! Austin – stop! Beth leaves the room. 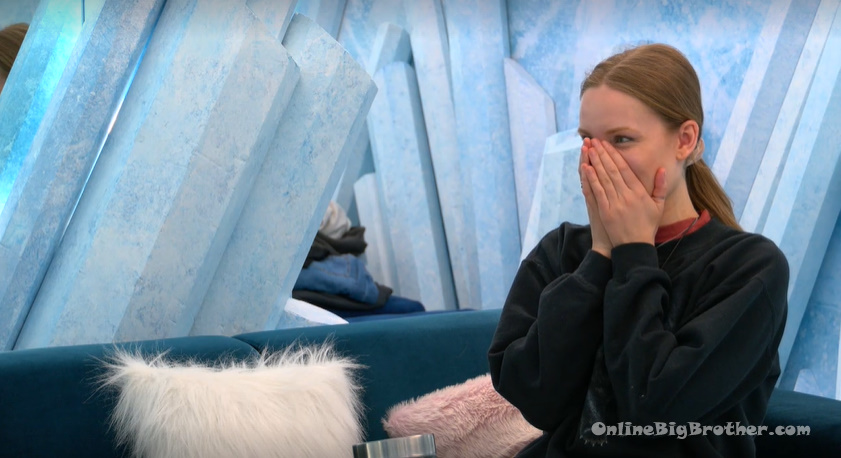 And then try and get a swing vote out of Victoria or Keifer.

11:30pm Josh talking to himself/the cameras.
Josh – my plan is to still get Jed on my side which would then involve getting Ty on my side and theoretically Latoya who would then have some pull with Tina and Tera. And then try and get a swing vote out of Victoria or Keifer. To get Jed on my side I think I would need to convince him I’m an asset to him. I don’t think the target thing.. me having a target on my back is necessarily what will convince him. I think he is more scared of my ability to flip the house last week so I have to try and spin that into a positive for him to use in the future. I have no idea how he will take it. Lets be real it didn’t go so hot for me having a conversation with him today but that is my current plan of action because I know I can’t get Ro and Kyle obviously or Austin and Breydon .. and I need to keep Austin as who I would put up if I won HOH to make everyone feel safe. And then of course offer them me being a shield and me going up as a pawn if they need me to. Its a long shot.. I am aware. But sometimes you get a bullseye on your long shots so you might as well take em. Yeah, I just wonder if they’re pulling in Keifer or if he is just chilling away from me to avoid association todays. I think Beth is playing both Jed and Austin. 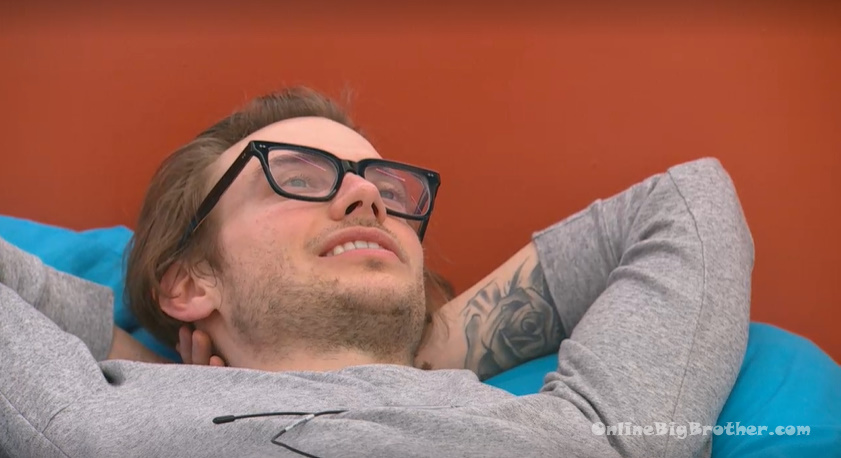 I feel so bad for Josh, if it wasnt for this stupid twist he couldve go far in the game. I can’t wait for a kyle jed and ty final three, reality tv gets disspointing every time

btw didnt kyle bullied someone in high school ? idk why they didnt removed him as well, removes a person who was accused of racism but lets a bully on the show