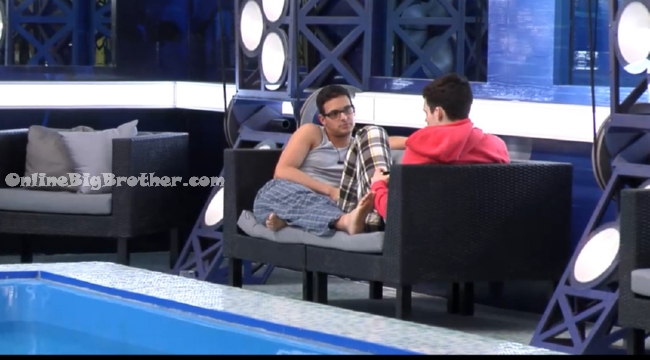 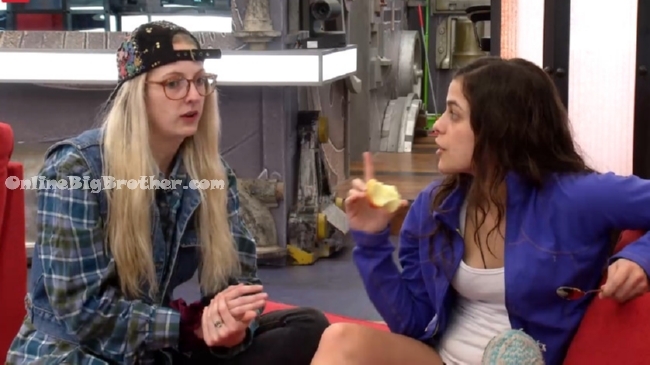 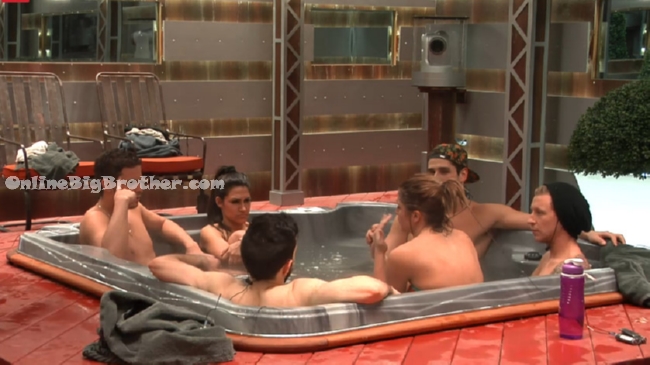 Chatting about BB16. Zach says Brittany was Gorgeous. Willow thinks the Soccer challenge was a joke.

Jordan points out so many more people Apply for BBCAN than BBUS. A lot of people in BBUS get recruited.
Zach says the “States” likes to cast “Pseudo Celebrities” on the show.

Bobby says he knows two people that were on Amazing race. Jordan asks him who. Bobby clears up he really doesn’t know him his buddy is best friends with the the guy that won last year. 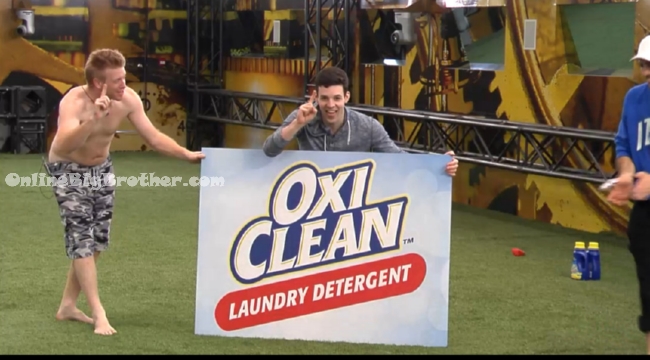 12:06am Kevin wins the OXy-Clean Challenge 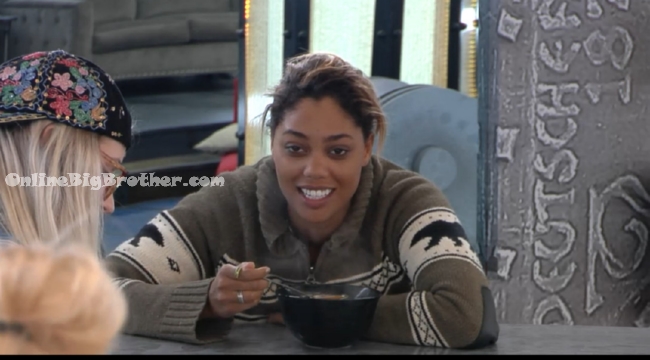 12:10am Brittnee’s Slop Approved Broth composed of all the condiments allowed for a have not.. Contains no slop

Brittnee – “It’s spicey.. It’s an acquired taste like escargot”
Graig wants to try it but Brittnee recommends he doesn’t
Ashleigh gives is a try and doesn’t like it (See image below) Graig doesn’t mind it. 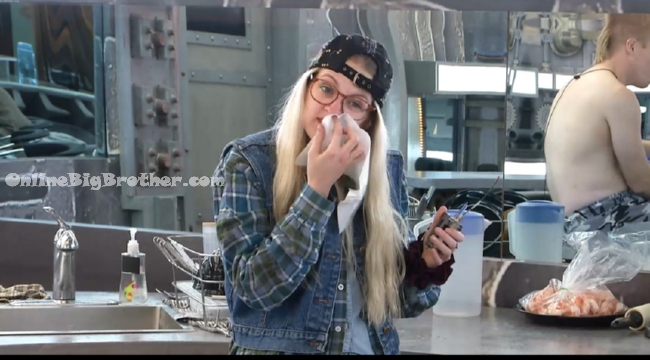 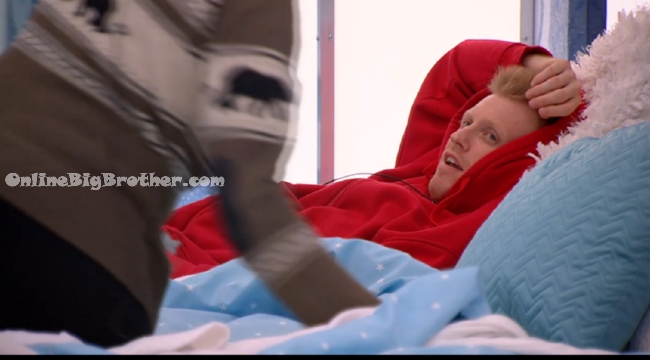 (Other people come into the room so the conversation changes) 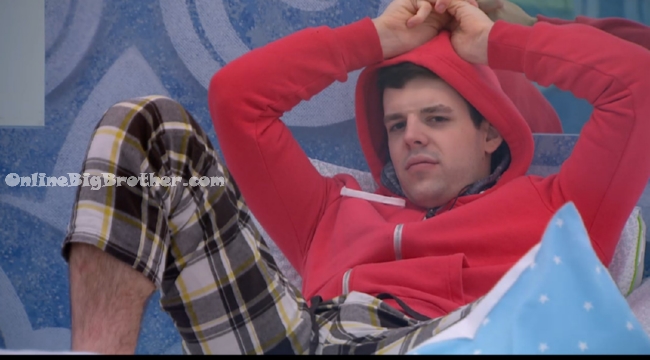 12:37am bedroom Pilar, Bobby and Graig Graig and Bobby thought Risha could have been a man at first but once she started talking they realized she wasn’t.
Craig says Risha was 6’4″ the first night. He doesn’t think tall girls should wear heels
Pilar – Tall girls should not wear heels
Craig – She didn’t fit in with this cast at all

Kevin wake up!!! The boys don’t have ur back Form an alliance with jonny,sarah,naeha,brit and bring in pilar you need the numbers!!!!!!

The jp alliance a sham

Sounds like Graig may be next to go? The sooner the better!

The sooner the better is right! I cannot watch him anymore!

Bobby’s friend is close with Mickey and Pete from the Amazing Race Canada?! Ugh so jealous! They were my fave team!

Naeha and Johnny all the way, if either of them won HOH next week id be all for it. They are both targeting the same person I despise. GRAIG god if I look at him one more time .. please get him out as soon as possible.

Little late to the party but huge thanks to Simon and Dawg for keeping things going again with all the updates!
Glad to see Johnny has his eyes open in the house. Although not to sure dragging Kevin along is a good idea it may just be pulling dead weight that may just sink him in the end! Maybe Keep him on a long line in case you need to feed him as bait. I would really like to see Jordan work with Johnny at this point because Zach has loose lips to and too many stories that are going to come back to haunt him this early in the game! Zack and Johnny need to use Naeha to do some heavy lifting for a little while while they sit in the hot tub! Those 6 that started that Chop Suey Club or whatever stupid name they called it, shouldn’t get too comfortable as Canada never likes arrogance and you never know what twist is coming next!

Hey Simon and Dawg, one thing I’m noticing in a few of the post is you might be missing when people say “B” in reference to Brittnee. She was mentioned to be in the alliance with Neaha and Johnny.

So we have 2 dead women walking (Sindy and Naeha). I am getting really annoyed with people trying to replicate The Brigade, thinking that it works for everyone.

The only hope that I have is that the guys in general do not hold much trust to anyone.