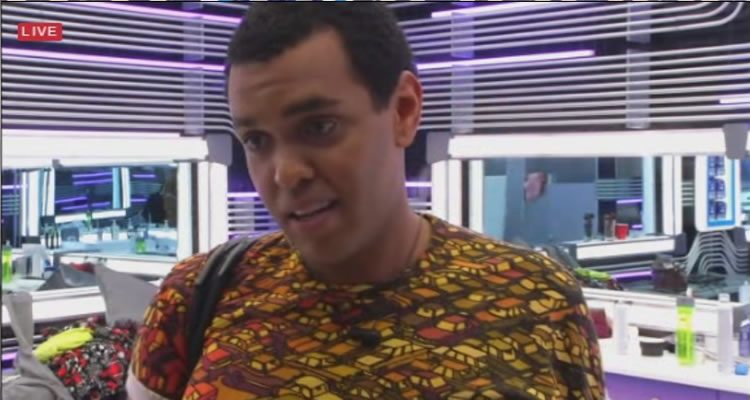 Again, sorry for some of the videos being out of sync. I should have it fixed this weekend. Some of these conversation I didn’t put summary’s for but tried to cut the video down to just the essentials.

3:15pm Cassandra and Karen
There is a conversation with Kevin, Dallas and Cassandra talking about karen being annoying.

Cindy and Neda Have nots
Talk about faking a story with Demetres to save Bruno and Kevin. Demetres know that the “6” of them are working together. Neda is worried some of this will go back to Cassandra.
Neda – best case scenario is for us to back door Dalla
Neda – Dillon is begging for me right now
Adds that she can control him once Dallas is gone.

HOH Ika, Dre and William
Ika telling her she doesn’t trust Cassandra at all, “She (CAss) doesn’t like Kevin or Bruno” Says that Cassandra call William and Dre “the french connection”

Ika and Cindy Bathroom
Talking about protecting Dallas for now. They agree that Ika “Has” Demetres. Ika says she can have anybody.
Ika mentions how Bruno and Kevin are “So Paranoid”
Ika is happy Cassandra is a have not she doesn’t want anybody alone with Demetres.
Ika – it’s going to be Dillon and Emily.. (Nominated)
She adds it could also be Dallas.
Ika says Dillon is a “Piece of shit”
Cindy calls him Greg (From her season)
Karen joins them..

Karen and Ika
Karen cries “I could have gone off.. I have kept the lid on the temperament.. I don’t need to blow the f****g lid off”

4:03pm Gary and Karen bathroom
Gary is doing her makeup pointing out how crazy Kevin is acting running around.
Karen – they are all scrambling again today.. Like squirrels

4:12pm Cassandra and Karen Storage room
CAssandra – I’m on the bottom of the totem pole
Karen mentions how there’s people in this
Cassandra – Neda and Cindy are coming after me
Karen disagrees says those two are loyal. Ads that Kevin and Dallas are the liars and Bruno is not loyal.
Karen – I might put up Jackie too.. She’s a b1tch.. She’s a b1tch to me..

Cassandra tells him that Cindy and Neda both want him out of this house 100%.
Cassandra – jackie told me she heard Neda and Cindy talking..
Kevin joins them.. Kevin says Karen is his target. Dallas agrees.
Dallas – now look she’s going to suck up with IKA.. F*** off..

4:30 Bruno and Kevin cam 1-2 Damn I love that wall.
Brunos tells Kevin he’s certain Dillon and Emily will be nominated. Mentions that Dallas has been trying to get Karen put up.
Bruno to Kevin- The girls are going to start to get catty. I don’t think that Cass liked that Neda won the power to get to jury

5:09pm Jackie, Cassandra and Kevin have nots room
Talk about the french connection being close

6:12pm Cassandra and Gary cam 3-4
GAry – Bruno thinks he’s going to win this game it’s not going to happen.
Cassandra – we have to get Emily out this week she’s a shit disturber
Gary thinks Dillon will latch onto him “it’ll annoy the hell out me so I have to take him in doses”
Gary – Kevin is trying to flip it for Karen
Cassandra – that’s not going to happen ..
Cassandra says Ika is more with Neda and Cindy then them.
Cassandra says Neda doesn’t like her
Gary doesn’t think Neda doesn’t like anybody but herself.
Gary says the vet alliance is over.

Gary – Demetre is not coming after Kevin
Cassandra I want to put in his ear to backdoor Bruno
Gary – sure..
They agree to let Demetres do what he wants.
Gary – it’s not us
They agree Bruno is working with everyone
Gary – Veterans are done.. I was willing to .. Jackie says a lot of things..
Gary about bruno “He’s not a good player”
Cassandra says Bruno and Kevin were the masterminds to get Demetres out last week.
Gary agrees but warns her not to try too hard to push for Bruno.

Gary – what if Kevin goes home this week.. That’s bad.. It’s possible
Gary calls them the tortoise and the hair.. because he’s taking it slow and she’s taking it fast.

7:10pm Cam 3-4 William and Jackie
Jackie asks him who he’s scared of. William says he’s good with everyone but has heard people want to take him and Dre out.
She asks him about Cassandra. they agree they can trust her. Jackie adds that yesterday Cassandra scared her.
William is worried about Kevin.
Jackie – he says he likes you and can trust you
William says everyone in the house is talking about Bruno and Kevin working together.
Jackie claims to not speak much to Dillon and Emily.
William has heard things that makes him afraid of Dillon and Emily.
William – I’m a little bit afraid of Dallas
William whispers that Dallas is lying.
JAckie have you heard anyone say about me
William – not at all..
Jackie – everyone says good things about you.

CAssandra – Karen is good for you’re game so you’re to getting rid of her
Demetres Complains about Dallas, Emily, Dillon and Jackie. CAssandra tells him the only 4 people that would be coming after them are Bruno, Dillon, Dallas, Emily and Kevin .She’s worried if the guys flip the vote and get Emily out. (She’s planting seeds to put Kevin or Bruno up)

The next batch of spoilers won’t be till later tonight. By then this batch of videos should be uploaded. I’m pretty sure Dillon and Emily will go up. If POV is played it’s really anybody’s guess who gets backdoored. As Gary said it could even be Kevin. Enjoy 🙂

Geez!! Karen lies and lies and lies! She never shuts up!! She smarted off to Dallas after nominations and he told her to go her way and he will go his. Now she’s going around crying to everyone and telling them that Dallas attacked her!!
New alliance solidified between Ika, Neda, Bruno, Kevin, and Demetres. They want to get Dallas and Cassandra out.

Oops! Sorry, I left Cindy with an S out of the new “Dream Team” alliance. Roll call is: Sindy, Ika, Neda, Kevin, Bruno, and Demetres.

Most of the Vets are onto Cassandra really early. She came out swinging way too early this year. She should have sat back and kept her big mouth shut for a while and felt everyone out. Can’t believe she told Kevin if they were in a final 2, he could have the money. Does she think he is a complete idiot? I almost spit my coffee all over the floor when she said that. I am sure he would remember her whining and crying for 3 days solid to Tim to let her stay over him in final 3. I liked her last year, but I guess 2 years in a row of her constant lying and game talk is too much for me.

1. Give her safety until jury and have many returners she is friends with that will continue to keep her safe once jury starts.

2. Once jury starts, she says non stop to anyone that will listen “I had safety until jury so nobody will vote for me in final 2”.

3. She gets taken to final 2 where her friends in jury make sure she wins because of her popularity and because she ‘deserved it last time’.

They have set it up so the few people who would even dare target Neda once she is eligible for nomination will all be on the outs or gone by then, so they have effectively stacked the decks so much in her favor that its like she is in a tank with friends in other tanks and the few threats to her there might be have to show up to the battle with their arms tied behind their backs with no weapons.

Their alliance is quite mundane on feeds – comprising of the petty immature mean girls club of Ika, Cindy, Neda – and the boring bros club Kevin and Bruno – collectively these 5 on feeds are like watching paint dry. Gary looks to be on a holiday/summer camp. They could have chosen a better and more entertaining returning group. I am team newbies plus Dallas and Cass.

Please production for next season – all newbies, and no more silly safety twists, just 16 players, 2 noms and a veto each week, a couple of doubles, thats it. I would rather see newbie seasons compared to allstars which features already formed cliques and friends from the past. I prefer seeing complete strangers experience it together as a group for the first time.

It’s BIG BROTHER. WHAT about it is ever fair? Anything (or anyone) goes.

DO you even lift?

Simon
Reply to  DO you even lift?