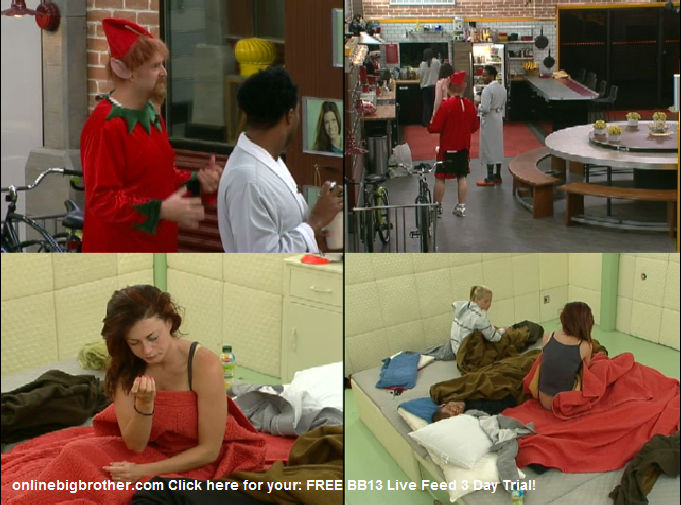 8am Big Brother wakes up the houseguests. Adam gets up and has a shower. Adam comes into the kitchen where Dani and Lawon are looking at the memory wall. Dani points out that Dicks photo is different and says that Dominic hi it the other day with the ball. Adam says that he saw the photo was different and that it bugged him. Adam then hits the screen and it comes back on. Dani says that Adam has magic fingers. Shelly asks Brendon if he is sore today. Brendon says that he is good ..he is going to destroy people today. Adam repeats him in his deep voice.. DESTROY! 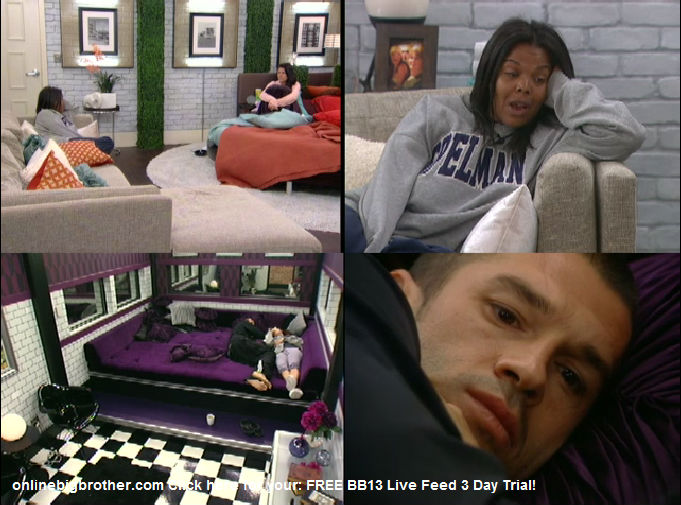 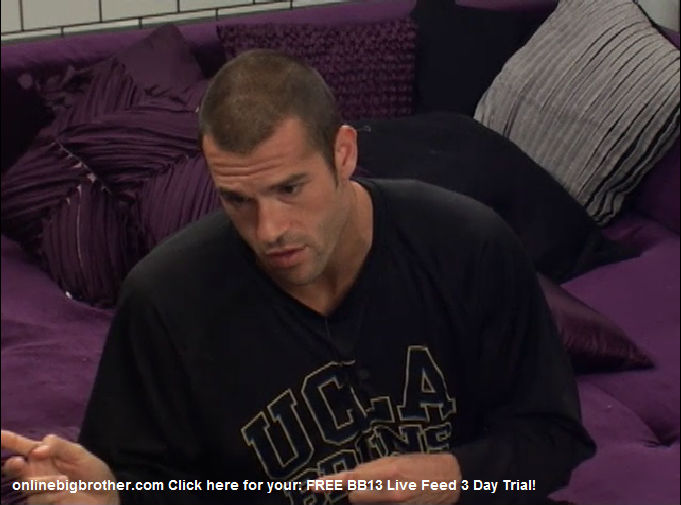 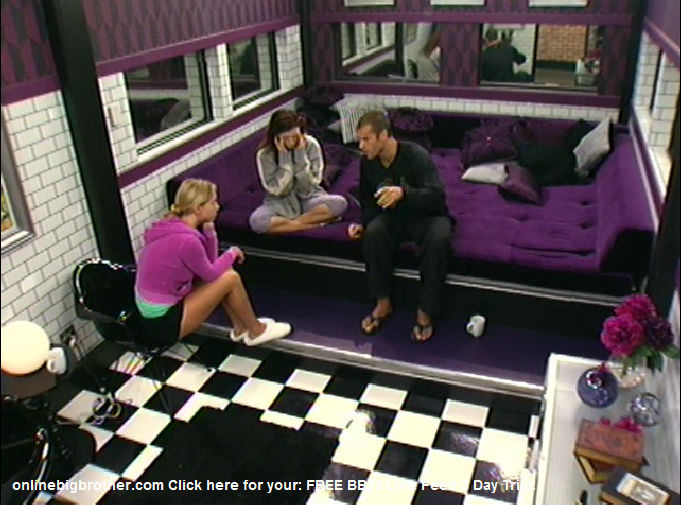 9:10am All four cameras switch to the HOH room where Kalia and Dani are still talking. Big Brother calls Dani to the diary room. Kalia says oh ..its happening. Kalia asks Dani who she is going to pick for the veto? Me or Shelly? Dani says that she doesn’t know! 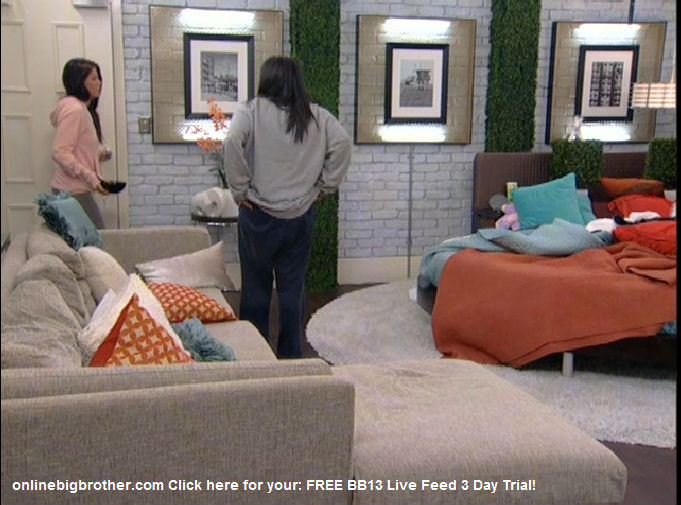 9:15am All four camera’s are now on Kalia and Jordan talking about dogs in the candy bed room. They talk about how Adam wearing the elf costume is perfect and that he is a good sport about it. They say that even though there is a lot of tension in the house.. seeing him it helps break the tension.

9:25am Big Brother switches the live feeds to the TRIVIA screen … looks like the houseguests are picking the Power of Veto Players!

Pity Party(We are the Victims, We id nothing wrong) The Remix Feat. Pacer

KACI
Reply to  ILL WILL

Can they just choose? Thought they need to pick the name in the bag.

Pick Kalia if you want to win!!! She will urinate on the other contestants.

Dani has got to be getting annoyed with Kalia constantly in the HOH room yapping as if she’s some expert in the game (and other dumb shit).

Anyone notice how Porsche carries herself differently on the live show? She walks and talks a little more ditzy as if she’s trying to act like Janelle. (trying is the key word there.)

Adam is perfect in the elf costume…even better than Casey in the banana costume for sure. lol

Oh and my boy Jeff is playing the game!

I am so sick of Kalia’s crying and constantly using the race card. Get over yourself nobody cares that you are BLACK. Grrrrrrrr!

She might be better off picking Shelly because Shelly will not risk JJ going up on the block and that will ensure that B or R goes home!!

Please BB gods let Vegas Rachel win and get her a bottle of wine!!!!!!

Jeff and Adam won;t use the POV if they win, but Pacer is BR’s pet so she might.

Janie
Reply to  ILL WILL

Damn it, she needed Kalia to play.

Why Kalia, so she could maybe win some prizes? The HG’s do not think it is prize veto. Whoever wins can only pull one player off.

PERFECT! I hope the paranoia begins to spread! With Brendon gone, Rachel is Rachel and if Porsche keeps feeding her info that J/J and shelly are targeting her and being paranoid about their relationships with lawon and khalia, who knows what the hell could happen.

What is this wine incident with Kalia that Shelly was talking aout? Can someone fill me in?!

Shelly is playing the game…Would love to see Rachel, Dani & Shelly in the final 3. They would rip each other apart.

I predict that the fix is in for Danielle, Dick will come back and the producers will have their ” good tv”. My hope is that Jeff and Jordan can either be in the house or the jury house together for the rest of the summer. I hope Kalea gets voted out along with Danielle and Porsche then I don’t care who wins.