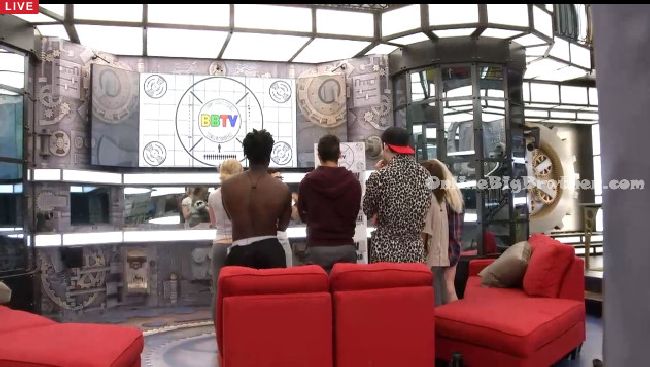 1:20pm Big Brother turns the live feeds back on and has given the house guests a task to start their own network called #BBTV.

On Monday, Big Brother will task the houseguests to start their own network called #BBTV. The network will be on air from 3PM – 8PM EST and will feature programming blocks created by the houseguests. They will need to keep you entertained all day to earn a Wrap Party at the end of the night.

The network will go live at 3PM EST on the Big Brother Live Feeds and you’ll be able to watch it all go down from the comfort of your living room. You’ll also have the ability to cancel shows and give your opinions on what’s happening on air. Jump on Twitter and use the hashtag #BBTV to have your say.

So tune in to the live feeds on Monday between 3PM – 8PM EST.

Jordan reads the rules of all the positions they need in the network TV show: 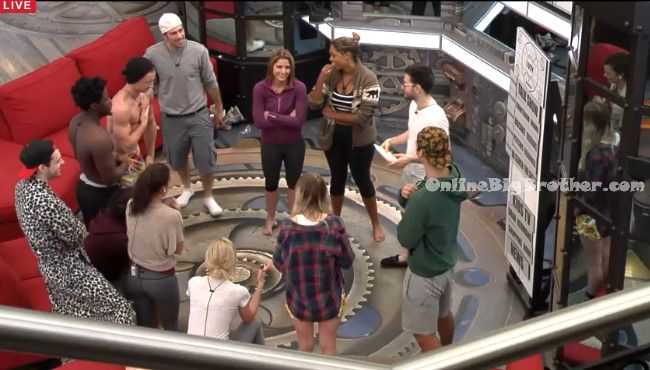 
2:10pm – 2:40pmPilar, Ashleigh and Sarah are using a marker and giving Willow tattoos. They discuss scenes they’ll do for the segments – Paul calling Andrew a racist. Ika shredding the letter, Gremlin Sabrina yelling everybody wants good f**king Tv, Paul drinking the mustard water, Kenny coming out saying he’s gay, Arlie running around naked rubbing his junk on Ika, Arlie blowing up the first five.
Godfrey tells Willow her package is unreal. Willow says some guys are growers and some are showers. I read that somewhere. Some have a big package but don’t get much bigger and others don’t have much but then grow big. Willow practices her Justin Beiber dances. Sarah says try to make it as long as possible. Willow says that’s what she said.
Sarah will be doing a psychic reading. Kevin says if something gets cancelled don’t worry about it, everyone just have fun with it. They talk about doing a “Adopt a havenot” segment as well. 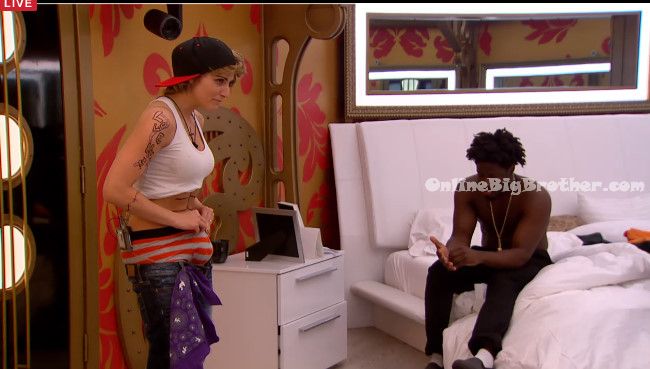 Willow dressed as a little boy…shocker. NOT :p