Big Brother Canada 5 is finally here. The first episode premiered last night. Watch it now on Global’s website. If you are outside of Canada you’ll need to use a VPN. We recommend HMA (AKA Hide my ass) you can grab it here https://www.hidemyass.com/vpn/r16399/  to learn more about the setup check out Dawg’s VPN Help post 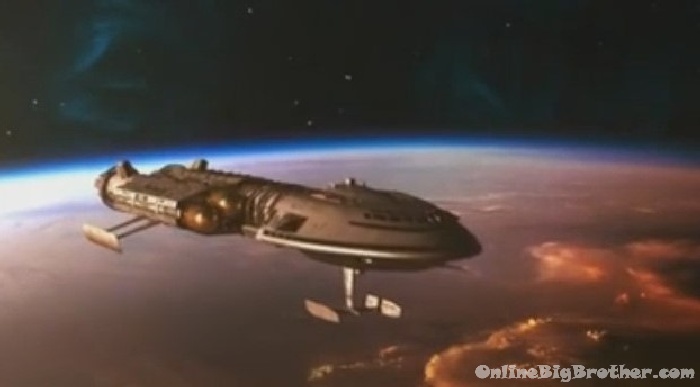 The 8 newbies are the first to enter the Odyssey 4 at a time.

Dre takes a spill as she’s entering but it’s not a big deal, what a trooper.  We were curious what she was a master student of and it turns out she’s  master student of communications. That could be advantageous for her in the game.

The other 8 returning players arrive individually to the studio and have been sequestered  so they don’t know who they are competing with. As they enter one by one, the newbies seem to look more and more nervous.

The Prizes are announced!

In pairs they must hang on to each other, one of them is attached to a rope that extends they also are sprayed with water.

The winning pair decides who will be HOH

Karen and Cindy with an S win the Challenge after assuring Ika and Dre that they are safe. 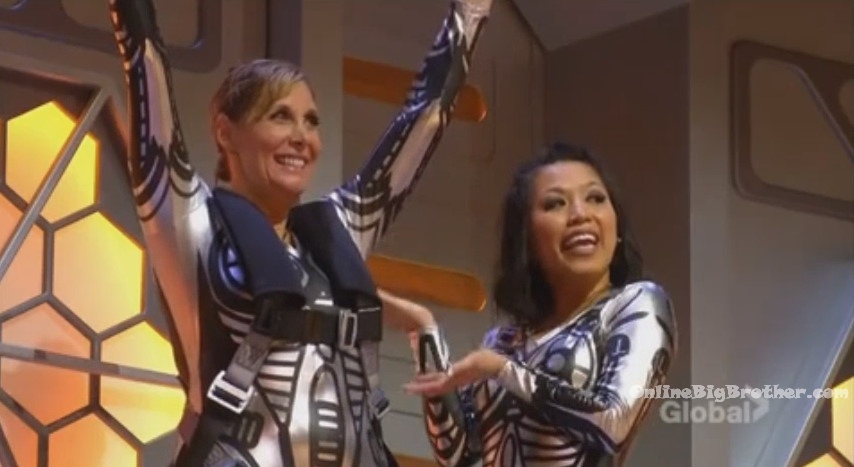 Karen is made HOH. We’ll find out on Thursday’s show who she nominated and who goes. 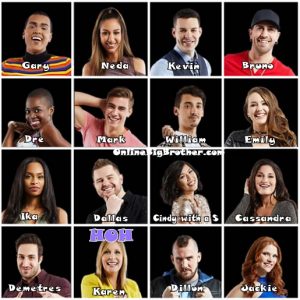 … but a Shockwave happens! Canada has to decide which player will be safe for the next challenge until the jury.  They still compete in the challenge, but if they win, immunity goes to the houseguest with the 2nd Highest votes.  …. It will probably be Gary.

They should be starting after the show on Thursday.

See you in the Future :)

Gee, i wonder if the back to the future shockwave is intended to help a vet? eye roll. Pretty blatant.
If they are there for redemption, doesn’t a vet getting to the middle of the game without any personal risk an asterisk next to whether or not they gained redemption?

ugh…I am going to need all the Krakens to sit through Kevin this season. I’d rather be passed out than put to sleep with boredom (although it was funny and not surprising…that he had his partner scoot down into that compromising position before they fell). Speaking of nasty falls…it was epic seeing Neda try to force her partner to stay up there…and how she still was clinging onto him after he fell off.

I think it would’ve been interesting if Arlie came back and to see how he would’ve played differently this time around.

Perrrrfect!!! Can’t wait for live feeds! :D Was wondering for so long why there’s no live feeds lol

what has happened to this site .. I DO NOT like these changes .. so disappointed .. it WAS nice ..

Agree … Half my view/window is blocked by the header?

I’ve removed some elements from the menu it should be smaller now.