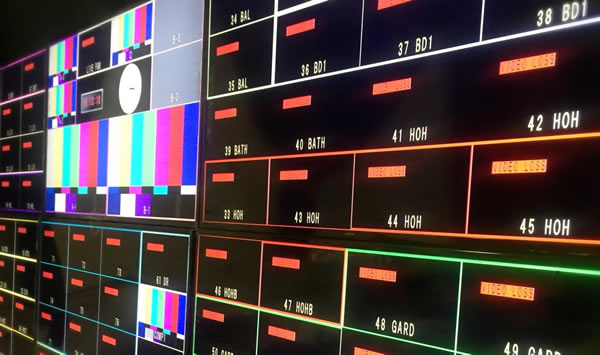 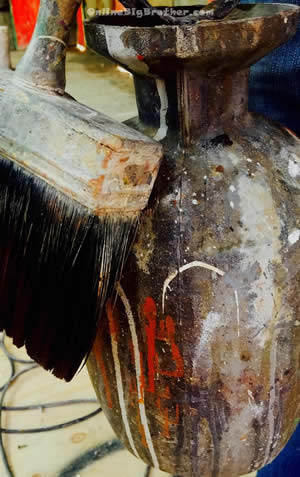 The official première date for the fourth season of Big Brother Canada has been set for Wednesday, March 2 at 9 ET/PT on Global TV. The designers have been working hard redesigning the big brother house with this seasons new theme. It will be exciting to see what design theme they come up with for this season as last season was regarded as one of the best designed big brother houses. The big brother Canada twitter account teased us with a photo (to the right) showing they’ve been hard at work redesigning the house for the new cast. The houseguests compete for a grand prize of $100,000, a $25,000 gift card from The Brick, and an OxiClean prize pack valued at $10,000 that includes $500 of fabric care products and a $9,500 wardrobe makeover.

There is no official date on when the finale will be but with the past three season having a length of 65 – 66 days, it would likely put the season 4 finale on May 5th, 2016.

Big Brother Canada 3 Winner Sarah Hanlon will be replacing Gary Levy’s spot on the Big Brother Side Show. Arisa Cox will once again be the host with Peter Brown returning as the other co-host.

Big Brother Canada After Dark is back seven days a week beginning Friday, March 4 at 3 am ET on Slice.

Keep an eye out for the season 4 promotional commercials that will be released in the coming month. The producers invited fans to audition for a chance to be cast in a commercial that will appear on-air and online nationally. Auditions were held today (Wednesday, Feb 3rd, 2016) – between 12:30pm – 3:45pm EST at the Shaw Media Studio at 121 Bloor Street East, Toronto. More details can be found here: Global TV

Fans in the GTA! Are you coming down to Toronto today for the #BBCAN fan commercial? Sign in starts at 12:30. pic.twitter.com/4T63tsmhQI — Big Brother Canada (@BigBrotherCA) February 3, 2016

Thanks Dawg for the update!!!

i LOVE BBCa So Much… But Shit, now comes my Yearly Headaches in trying to Watch it as i live in New York City… so having to change my VPN and using different sites trying to Watch it as been a MAJOR Problem all these Years…. UGH… but at least i have u guys here to keep me informed… Thank You…

I saw the first season somehow of BBC I gave up after its so hard to find someplace to watch it. I tried all the suggestions last year with no luck and I really didn’t trust some. Why can’t they offer it like the US does for them.

Hi Pat,
The US actually blocked anyone outside of the US from signing up / viewing the live feeds last season. The best / most reliable way is to use a VPN service.
Both Simon and I use this one http://hidemyass.com/vpn/r16399/

Interested to see that Sarah will be replacing Gary on the side show, i’ll be interested to see her take on the game. If only now there would be someone that would replace Peter… he’s an annoying delusional asshat.

Oh yeah and i’m glad to see everyone back on this site again, man time flies… maybe the lack Vanessa’s emotional breakdowns last season made the time go by faster, lol.

I hope this means Gary has moved on to other things and not that he is being brought back into the game. I heard a rumor that there will be returning players. Don’t know if it’s true, but I sure don’t want to see Gary again. Don’t really want to see anyone come back after just 3 seasons. Looking forward to a new season, but I hope production doesn’t throw in so many game changing twists as they did last year.

I agree…i got a feeling you are right…but hope the rumour isnt true…dont wanna see Gary back this yeat in that house ! Also not excited about Sarah being on side show..she didnt deserve that win! Maybe the side show will be just giving Gary one of those 3 minute blurbs on fashion crap during the show. i could see that happening

it’s almost time for my daily http://www.onlinebigbrother.com fix! I’ve missed you Simon and Dawg 🙂 Looking forward to another season of controversy, shocking moments, bromances and showmances!

Thanks for the heads up Dawg. I knew the season was getting close and I need my Big Brother fix.

WOW. They replaced Gary with a racist.

Did anyone hear that Beast Mode Idiot form BB16 is on Survivor?

I can’t wait… to not be productive again.

When can we expect to see the cast reveal?

My guess is they enter on Friday February 26 & finale Thursday May 5, making it 70 days