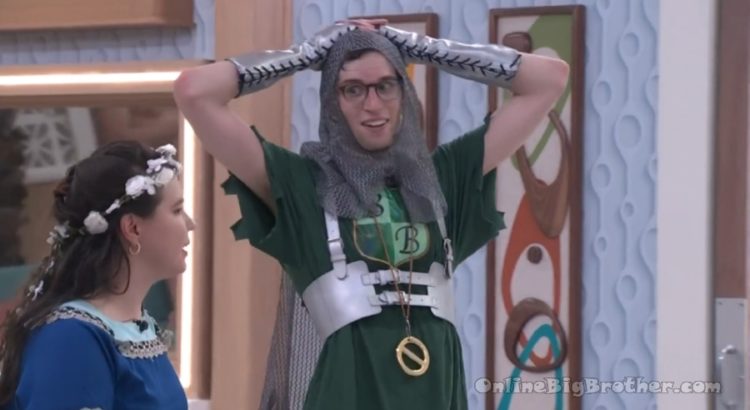 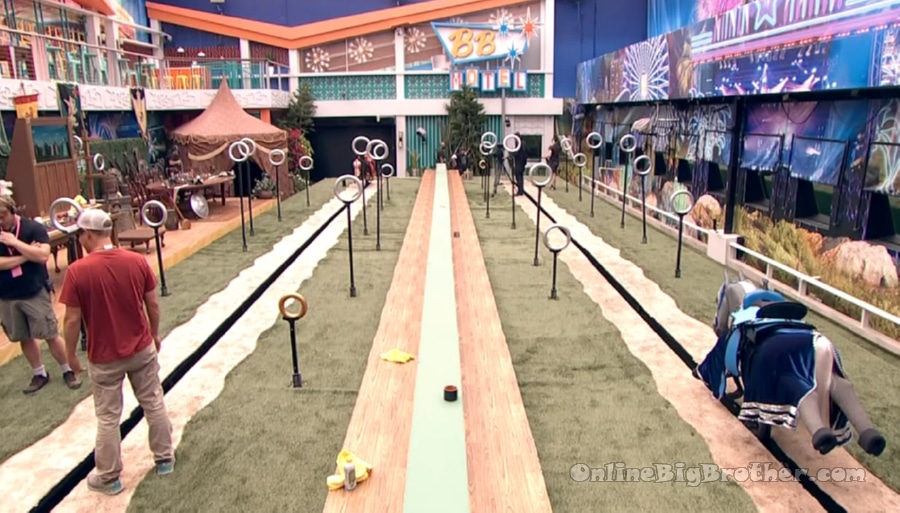 11:48 am Leak of the veto competition 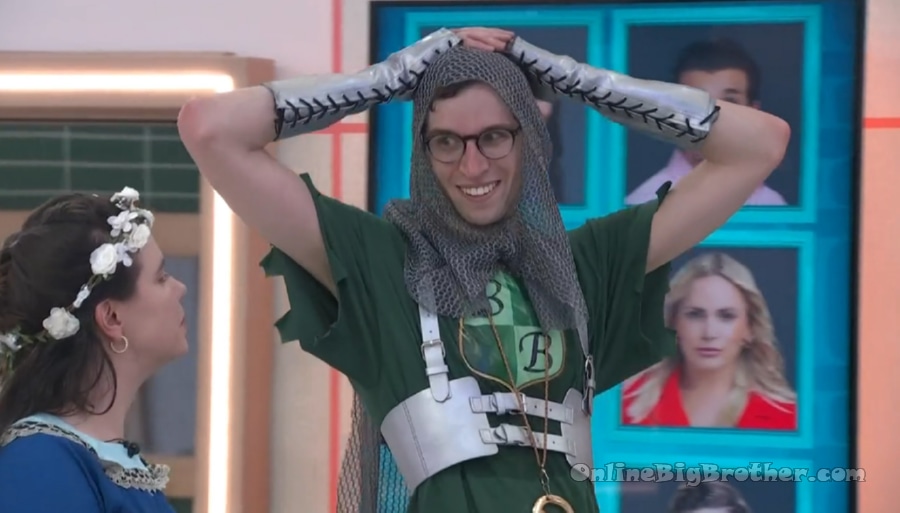 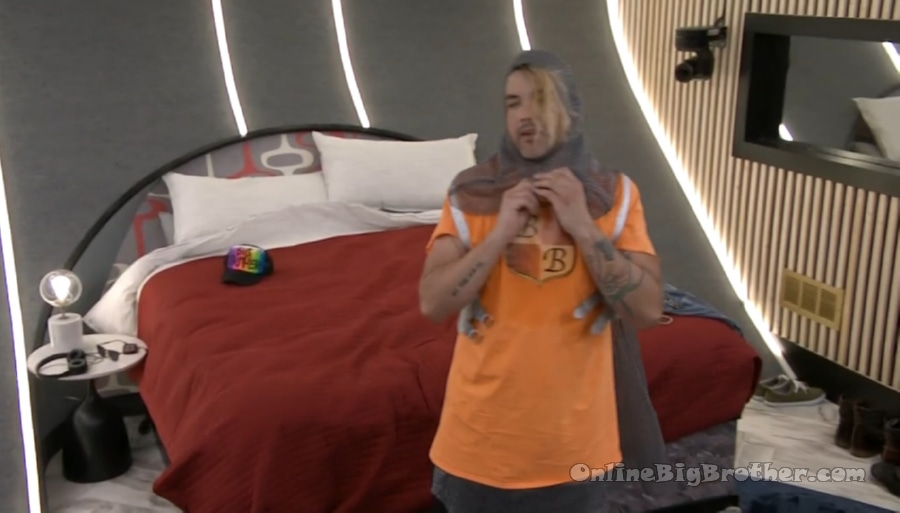 3:35 pm Daniel and Taylor
Daniel – I’m not sleeping
Taylor – do you have anybody in mind
Daniel – no .. whatever there’s a smaller pool. I have to do another speech about a smaller pool
Daniel – he’s s super fan I respect that he was crying.
Taylor – you gave him the opportunity and he took it
Taylor – do you have a target or is it like ‘my hands are tied’
Daniel – Terrance has to work that social game
Taylor – he’s been tired and exhausted. Personally I would like everyone to stay but that’s not the game
Taylor asks who his options are.
Daniel – the only option is Threat or send Terrance home …
Daniel – it’s tough you don’t know who his a threat. Technically Michael is a threat.
Daniel – you put up one of the charming or buff dudes they stay here I am f**** ed for the rest of the summer. It’s not just for the next week. 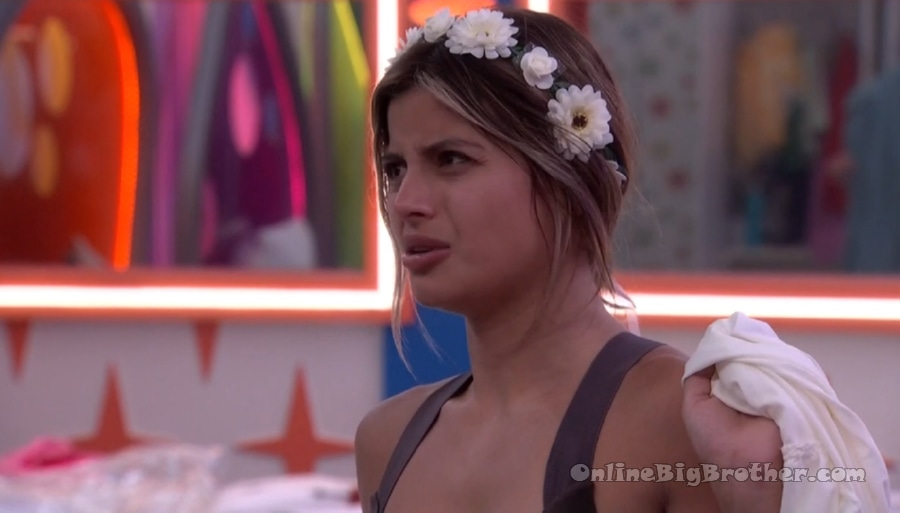 3:36 pm Paloma and Alyssa
Paloma – we need to get Daniel out next week
Alyssa – I’m going to put up Daniel and Nicole if one of them comes down I’m putting up Taylor
Palamo – Daniel is problematic on so many levels. When Daniel loses he’s a poor sport .. he got mad like when Indy accidently had her had on it he was like it’s because you cheated..
Palamo – I said EWw like stop he needs to go. He’s problematic he’s stressful he needs to go. He’s not being positive about it. 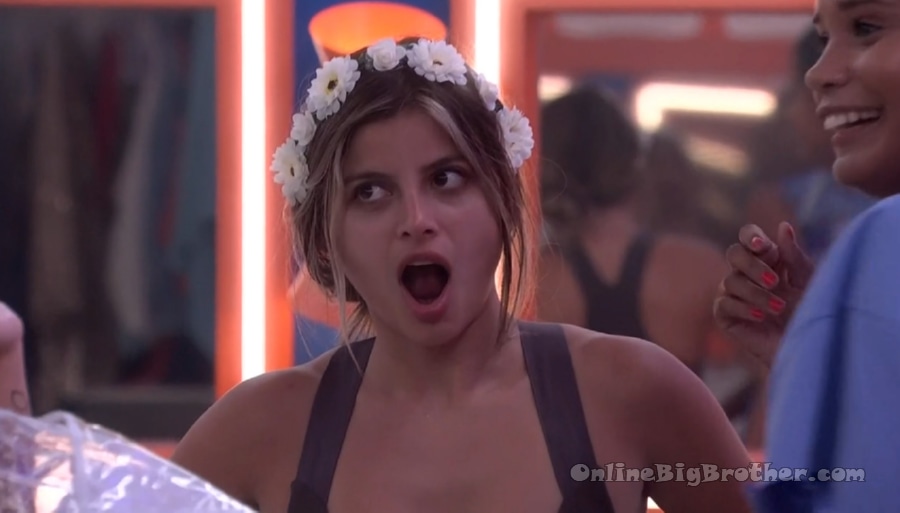 Ameerah joins them.
Paloma – we still have the majority in the house we have, we have MAMBA and Girls girls
Ameerah – we’re still good.
Paloma – protecting MAMBA is still priorities, Kyle, Monte and Michael
Paloma – our alliance is disgusting ..
Ameerah – disgusting
Paloma – we have the best f***ing alliance in the house
Paloma tells Ameerah they have to get Daniel out next week “He’s problematic and he’s a poor sport” 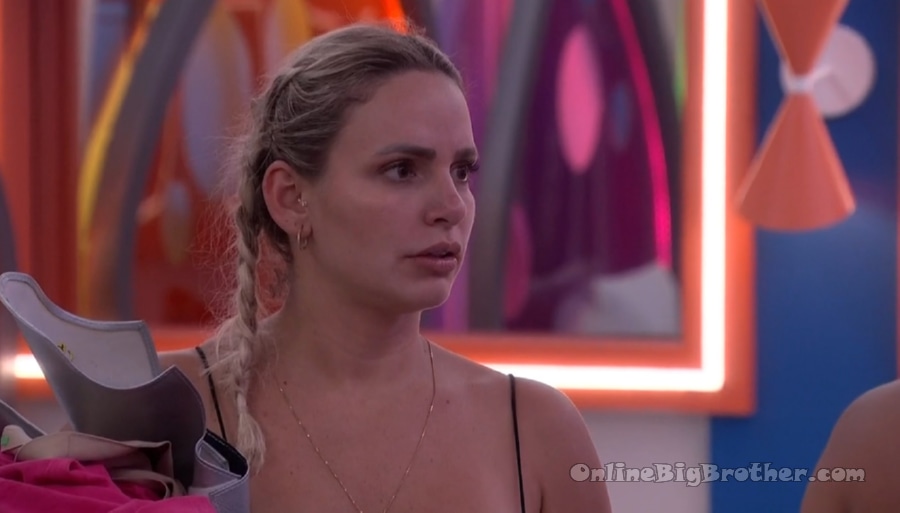 Indy joins them
Paloma – we need to get Daniel on the block next week. Dude, Daniel is a poor sport and it makes me sad because I didn’t know this like when he got off the horse he was kinda upset and was stressed out. I understand but his comment he made about you when you accidently had your hand on that thing.. and you were like OHHH I almost had it he was like no it was because you cheated. He shouted that. Did you hear that
Indy – no
Ameerah – he was a poor sport
Paloma – He was a poor sport
INdy – what’s a poor sport
Paloma – someone who can’t like shake your hand at the end of the match they are so upset they can’t be like good job
indy – I Don’t know … like I dunno .. I like him.
Paloma – No I like him too the comments he made rubbed me the wrong way. he was like you cheated or something
Indy – guys it’s a competition.. don’t don’t don’t do anything because of me right now
Paloma – Emotions are high.. you know what we need a girls night to just sit and …. I can’t wait if any of us are HOH we need to have a spa..
Indy – my first rule of life is I don’t take anything personally

Michael winning was great for the game. I want to watch Wednesday’s episode this coming week just to see how everything went down. My respect for Daniel went up even further since other HoHs in his position have not acted as mature when their original target won the Power of Veto

Brittany better be careful. The therapist in her is coming out

She is talking WWAAAAYYY too much

NOTES:
The two names Daniel first named as noms were Michael and Indy.
He forgot Indy existed for a while, landed on Terrance and Michael.
Michael wins veto. Who didn’t see that coming? Really?
I’m thinking Indy could be renom? His fear of bro reprisal and the whole Motley / Oasis (if the next brolliance tries to call itself Megadeth i’m out of here) thing should save them. THIS is why those two alliances were made: not to include Daniel, but to make sure the men had safety.
Brittany is putting in work right now to make sure she isn’t casualty to the backstage twist.
This includes introducing Indy to the front bumper of a bus.
Jasmine and Ameerah may be thrilled, but maybe not. They don’t like that Indy is bonding with Taylor. However, Daniel accusing Indy of cheating in veto has rubbed some women the wrong way. In other words, Brittany is giving preveto facts instead of gathering post veto intel. oops.
Of course Paloma and Alyssa are off the Daniel train. Raise your hand if you didn’t see that coming night one. Put your hand down. Tbh, Nicole is going to get dragged down with him, and it will be her own fault for finding her ride or die, and then…. not securing a place in the house hierarchy.
Atm, I think renom will be Indy. Gut feeling when Michael won Veto.
HOW- EVAH…. Brittany is throwing out WAY too much. Now Daniel knows that Paloma and Jasmine don’t like Taylor. Daniel should have known, but his habit of talking over people and not actually listening to what they are really saying? He didn’t REALLY know what was said to him multiple times. Brittany said it plain and clear.

Remember though via Daniel‘s camera speech, he knows that Paloma was being fake to him so he will soon enough shrug the “she’s pretty “ effect on him. Also don’t shrug off the “Ride or die”. In previous seasons “Ride or die”s were formed very early on and lasted a very long time. Brittany’s observation about Indy is obvious to everyone else; Indy talking about forming your own charity either last night or the night before raised red flags for me about her

The problem with his Paloma thought? That was after his first talk… After his second talk with her, she was homie. A plus in talks with others was whether or not they liked Paloma.
I’m not discounting ride or dies. I’m saying when one ride or die barely leaves HOH, and the other ride or die doesn’t have any other substantial game resources/relationships to fall back on: the become an obvious pair that will take each other down accidentally.

Renom names floating around:
Nicole and Ameerah want renom to be Joe.
Turner tells Daniel all the guys want renom to be Taylor (all the guys are afraid to make Taylor the renom if they are HOH, so make Daniel do it is the reality).
Indy was also mentioned by Brit.
Terrance wants a big physical threat on the block against him.

I agree with Simon. She’s definitely bringing the drama if she ever becomes HoH