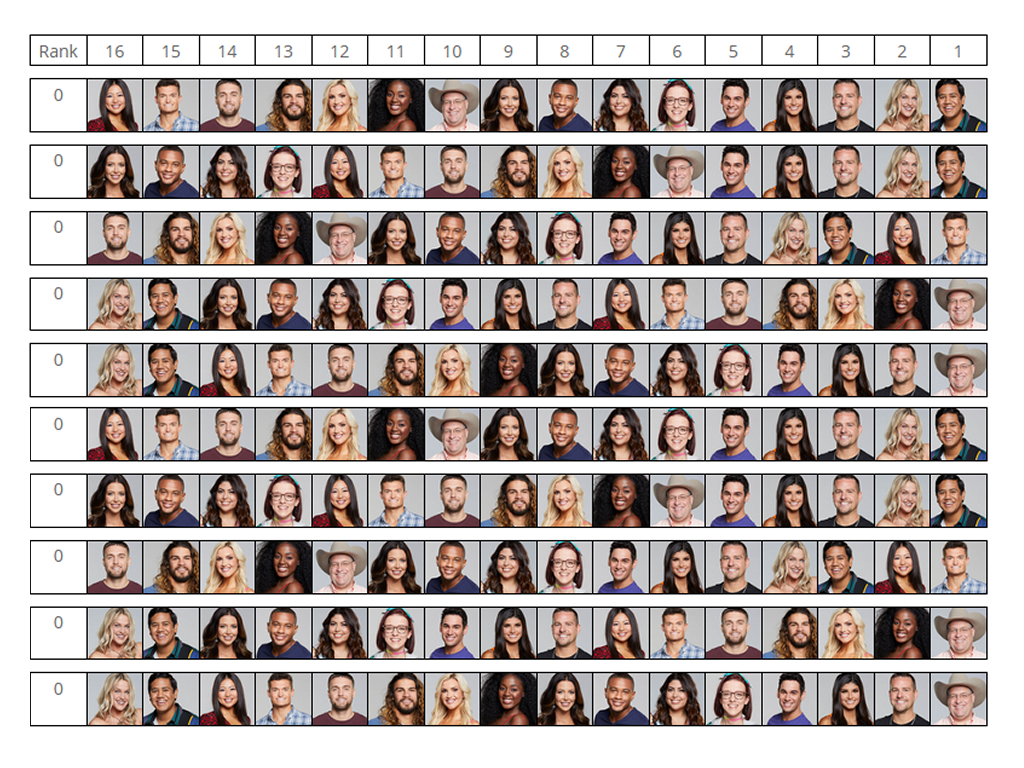 For Big Brother 21 we’ve enhanced two favorite features: polling, and houseguest ranking. The ranking system operates much like last years with a Ranking Grid and 1 to 5  stars assigned to each player. Onlinebigbrother is also expanding the regular polls on the daily live feed updates  . Old poll favorites like: “who do you want to be evicted this week” and “who do you want to win HOH” are back! (Vote Dawg drain the swamp ;) )  The most recent post on the site will always have the current poll.

When does ranking start?

Pre-feed rankings started collecting results the day the houseguests were revealed. It is set to continue to collect Day 0 data until the feeds start. No point getting excited pre-feeds. June 27th will be the start of Day 1. Opinions of the houseguests change radically after a bit of time watching the feeds.  It might be a shock seeing top ranking houseguests plummet after a couple days.

Here is how the ranking works.

1) Daily, a new Survey will be available via Survey Monkey. The link will be plastered on each post or you can go check it out here -> Rank the Big Brother 21 houseguests

2) At the end of the day we will crunch the numbers to produce a formatted grid showing the ranking results. The Big Brother 21 ranking Grid will be the same as in previous years. The ranking grid is not updated live.