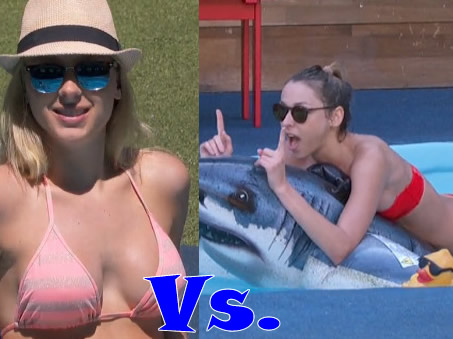 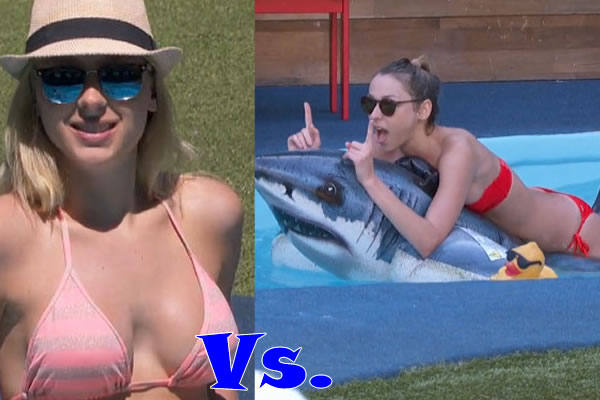 Week 10 ended with Meg and James begin evicted. Later that night Steve won the HOH with his target being one of the Austwins, Preferably a twin. Steve nominated Liz and Austin. The ultimate fear was Julia winning the POV using it on Liz resulting in Steve having to nominate Vanessa or Johnnymac. During the POV Vanessa was ostensibly helping Julia but was actually ensuring she didn’t win the POV. Austin ended up winning and the Vanessa’s wheel’s started spinning.

Vanessa went on to explain her actions during the POV 400,004 times don’t believe me go back and read the updates it was insane. She made deals with the twins, Asutin, Johnnymac and Steve many of these deals were dubious at best. For example, once it was known that the twins were on the block she told them she will honour their wishes and vote out the twin they want. At this point the twins said they wanted Julia to stay which was exactly what Vanessa wanted. She scampered around the house preparing for Liz is go, Setting up final 2 deals, with Julia and everything with a pulse. Later in the week the twins decided their best chance to win the game will be for Liz to stay. Telling this to Vanessa put some panic in her. She came to the twins with a deal that they must agree to for her vote. Now remember it was her that said she would honour their wishes and told them they had a choice in the matter. Austin had told them a similar thing.

Vanessa’s deal went something like this..
1- they agree to something meaningful that was yet to be discussed, “Not front door… and if I’m the backdoor I have your votes.. “
2- If Steve and JOhnnymac are on the block next week it’s her call for who stays
3- If it’s one of them and her with Steve/jmac in the final 3 and they win final HOH they have to take her.

Well this set of major alarm bells with the Austwins. hey start comparing notes and after some round about conversation with Jmac deduced that she’s playing the whole house making her a major target.

Lucky for Vanessa the surviving twin has said they will target Steve first and will vote Vanessa to win if she’s the only girl in final 2. Vanessa’s game is starting come apart but at this stage it’s really about winning comps.

Tonight we’re confident Julia will be evicted, HOH on the other hand we have no idea.

We’re nearing the end of the season with this week being the last regular week for Big Brother 17. This season’s final 2 weeks should look similar to last year.

Head of Household Competition
“Over the rainbow”

If you go for the special prize you get a trip outside of the big brother house but it might slow down your chances to win the HOH.

The competition is played until both the luxury and the HOH is won. To win the HOH you need to move 10 eggs. 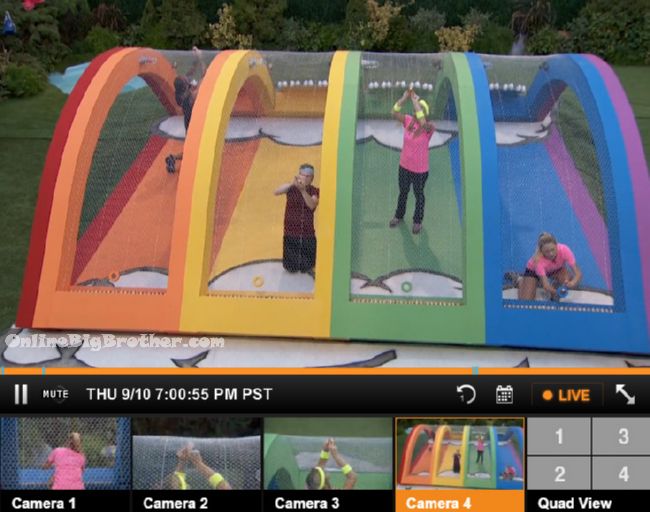 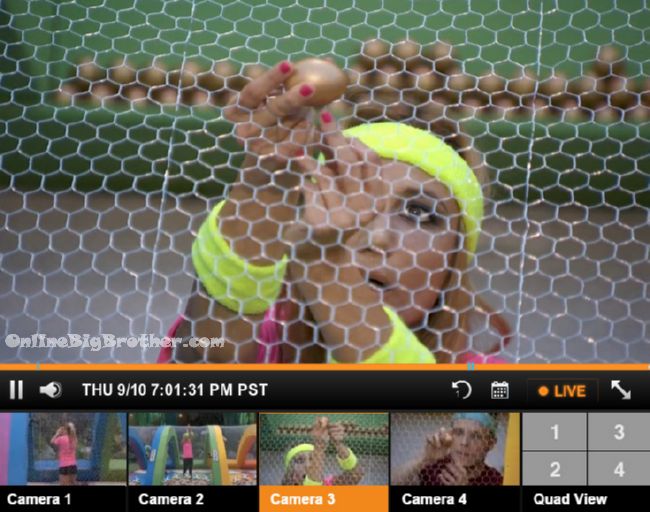 Top 3 gifs from the week

Steve "How cool is it that I'm HOH!" @bigbspoilers #bb17 pic.twitter.com/9CXc4kHQSG

Purchase your Amazon goods through our link. It doesn’t cost you anything and we get a percentage of what you buy.

links weren’t working for me…. this seems like its going to … original.livestream.com/bigbrotherlive

Whoever wins HOH, how people react will be very predictable: Steve/JMac will take things in stride, Vanessa/Liz will have periods of overwrought emotion with Vanessa interchanging it with thinking of many different strategy scenarios, and Austin will be led by different parts of his body except the brain

Welcome to big brother hall of fame class of 2015

Thanks for the lifetime achievement award it’s been a great time watching Big Brother.

Simon, you have to make a long speech!! About your family, friends, life,mane so forth. You have to wait till Final Three starts. You have to prepare your Speech. So as Dawg!!! He needs to prepare his speech!!!

Thank You big brother maniacs!! It’s been honor to Present the Big Brother Lifetime Achievement Award to the two amazing guys who work very hard on this site. Simon & Dawg, thank you for inspiring me and rest of us. Simon taught me how to love this site and Dawg taught me inspiring how the donation works. Simon & Dawg ask everyone to Donate $10.00 or more to promote this site. Simon even put the big brother stats for everyone to see who has the most HoH or PoV wins. Dawg is a great character. He gave me some feedbacks. So, now I will introduce the 2015 Big Brother Hall of Fame inductee and Lifetime Achievement Award recipient goes to Simon & Dawg.

i stil thing some special veto wioll popup next week

Curious to see who Big Bro wants to win HoH. I really think this is JMac’s time to shine if they push for him. If he doesn’t win I cannot really see this game going to anyone other than Nessa, Liz, or Austin. Ughhh. Big one tonight guys!!!!

Everyone left in the house is so smart, it’d be hard to tilt the competition much any more, except to maybe give Vanessa less of a chance to win by making it athletic?

The best day of the week is Thursday, when the new HOH gets crowned … will be exciting to keep refreshing for spoilers! :)

LOL Jmac is already has his eye on the luxury…. what a joke.

Julia did not do that well in the game but in her exit interview with Julie she comes across as a very fun and lovely girl. I really think Austin or Liz will win HOH because Van and John will throw it hoping that Steve will be target #1. Ultimately veto will decide. Hope Steve wins veto and out goes Van. Even though Van is the best target since no one can beat her F2 I doubt they will target her straight off.

This HOH comp should be a breeze for Austin considering the workouts his fingers have been getting!

Was thinking the exact same thing

I can't
Reply to  Anonymous

This comp seems like its gonna be Austin and JohnnyMac going for the win! Nail biter to the end! Feeds should be fun!

When will these idiots get a clue and quit drinking vanessa’s Kool-Aid? Who the heck does she think she is to demand, make deals and keep people to her word when her word and integrity have been spat on, shit on and killed by her repeatedly all season? I will officially quit Big Brother if she wins this season. I am dead serious.

Bye bye steve should have gotten julia when you had the chance. I thinking the pov comp has to be the counting comp. If its the counting comp who will host. I really hope austin does not win bb. Woah I was suprise the jury is still voting for vanessa. I thought they want jmac.

The houseguests should’ve went the strategic route by voting out Liz but instead they did the “nice thing” by honoring Julia’s wishes to leave. Do they realize they’re playing for 500k???

I do believe the chenbot has become delusional as the hgs. Another unbelievable interview with the halftwit. Oooohhhh we love asstank sooooo muchhhha. And so far asstank is winning.
IMHO I still don’t get the attraction for jmac. He is just so goofy acting

Loved Johnny Mac good bye speech to Julia!!! To be honest, I think he gave a little insight in what he truly feels. He has to win the HOH, and from what I can see Austin is doing very well. I hope JM wins.

I think we can all agree, Steve will never win an Emmy. His acting skills suck! He couldn’t even squeeze out a tear when he saw Mommy! Wow!

Best name this season! I was looking at her in the jury house, and her teeth look so cheap! Like Chicklets, right? Agree with your take on Steve too. I was embarrassed for him, he is way too attached to his Mom.

No show on Thursday due to football…….Sunday, Tuesday, Wednesday then Sept 20 will be next show.