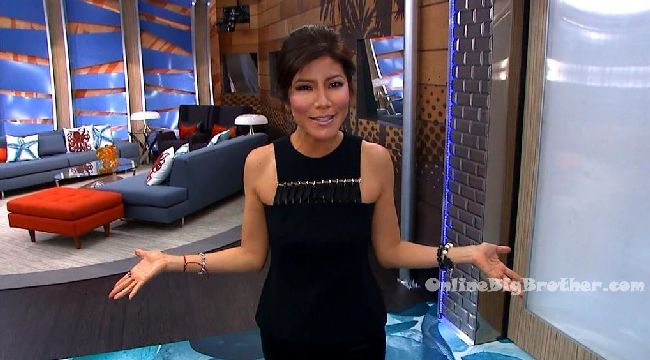 The Two-Night Première is 1 week away and with the newly redesigned house photos and cast revealed, the only other major part of the season to be released is this seasons twist. Today in a press release CBS has announced that this seasons twist will have an exciting element that shakes up the house each week ALL season long. The new twist is being called “BB Takeover” where EACH WEEK a surprise guest will unleash new twists into the game adding an unexpected element and chaos into the lives of the new house guests. The identities of the special guests that will appear each week still remain a mystery but they will likely be Big Brother alumni. The twist begins with a special guest appearing on each of the two night premières (Wednesday June 24th and Thursday June 25th)

This summer’s “BB Takeover” twist will feature a surprise guest each week who will appear on the show to announce a new twist into the game. Expecting the unexpected will be taken to new heights as Houseguests attempt to stay in the game amid the ever-changing twists that shake up life inside the house on a weekly basis. A special guest will appear on each night of the two-night premiere and reveal twists that could affect the cast and viewers.

“This is going to be the biggest BIG BROTHER ever! Surprise guests, twists every week all summer long and, of course, Zingbot!” said Executive Producer Rich Meehan. “But the Houseguests better keep their focus, because BIG BROTHER is all about relationships. Trust me, with all the twists and turns, those bonds will be more important than ever, because at the end of the week, it’s your housemates that send you packing on eviction night.”

the all new twist “BB takeover” where week after week Grodner can stick her dirty hands to manipulate every outcome of the game. Sigh this is disappointing….

So….. we are pretty much having a season like BBCAN3? I am trying to be optimistic, but it is really hard to be after the former mentioned. The people they have as guests will also say a lot as to what the producers are trying to do, and what twists are really allowed, or pushed for.

I’m hoping the twists are meaningless for the most part.

so does this mean the cast really will be 14? Or do this alumni weekly twist have nothing to do with 2 more actual cast members/players in the game to get to 16?

I’ve got to think we are going to have additional house guests. 14 seems like too low of a number.

ok. i kinda like this & have wanting to be see it happen for awhile now. wonder if they will announce the twist on the live feeds too. prolly not.

Here’s hoping that the twists are at least good, as long as it’s not the Battle of the Block coming back again i’ll try to be content, but this still gives Grodner more power to rig though. I also just hope the HG’s bring drama that’s all i want.

Please no twists that reward people for being “popular” it takes away so much from the actual game.

House with a lot of plexi-glass? I see stitches in the future of at least 2 of the house guests.

This cast looks like it has so much potential, I really hope these twists don’t ruin it.

I’m pessimistic about this twist but let’s see how it plays out. Cast at least looks like it’s there to play unlike last season outside of Derrick and Frankie.

I’m not sure about these people. I love the mugshots. This twist has me nervous

Jason has potential to be a rat boy……I’m seeing a more sinister version of Andy ( if that’s possible?)

Is Jason this years rat boy ?

I still think two more people are coming in.
Maybe we get to vote on who goes in .
Maybe they will have 3 or 4 guys and 3 or 4 girls
to choose from. And they probably go in the second night.

That would be great if the public got to vote two more house guests in. I would love to see America get an eviction vote every week too.

I figure this ad CBS had prepared will sell the most feeds for the site. 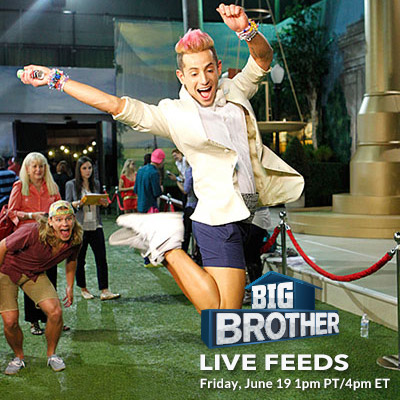 I’ll wait to form an opinion until I see what kind of twist they have. I would like to see more people added to the show though. 14 is too small to drag out beyond like 84 days.

If they do have guest it be nice to bring in some celebrities not associated with CBS. And Zach Attack if course! :)

A week is too long of a wait. Why can’t the season begin tonight? *sigh*

F.CK off BB. There is no way this twist can be made without having Production’s hand in it. They will manipulate this season more than ever and it’s extremely frustrating. Why should these guests be allowed to watch the show live and then making twists?

Is it that hard to go back to basic BB and maybe throw in a DPOV or 2? All of these recent twists are ruining the game and because I only watch BB for the strategy I’m pretty pissed.

Does anyone actually feel this twist won’t be biased based off of Production? I’m heated.

Im hoping they bring liz’s sister in as 15 and shelli’s fraternal twin who is most likely a guy as 16, which would be GREAT and even out the numbers and put us a reg hg.They could do the stupid 2 night premier again where they have them enter the house separately, and it would actually be good for them because now they have a shot at making friends without being the first to be targeted and out the door.

They already did a twin twist in bb 5 don’t need to
see it again!!!!

The game is getting stale. Needs a shakeup. I’m cool with it as long as it’s not an excuse to manipulate (which it probably is)

I have a feeling the surprise guests unleashing a twist each week will more than likely only show up on the living room screen and not actually walk into the house.

The twists have been mostly killing strategy for years. Fans like us have been sick of them. But maybe this one wont be as bad as battle of the block

Like it or hate it this new format of twist after twist after twist is the Norm. I just hope the twists are minor enough to placate the TV crowd and not mess with the game too much. I’ll have to admit when done right I do like some of the twists (Once and while ;) ) . Twists should produce more Drama (Like BB11) not suck the life out of the game (Like BB16)

Although there’s solid speculation two returnees are coming in to make the cast 16 I’m glad the 14 they’ve shown us so far contain no pseudo celebrities.

It will only stay the new norm if these twist obsessed seasons work and if people accept it. I can tell that you’re the sort of person who just accepts what’s on offer.

Taking bets now. How much anybody wants to bet that the ‘twists’ includes Rachel and/or Frankie or some combination thereof?

This season has a great cast, but production will screw it all up by trying to have their dirty hands up everyone’s butts! They’re most likely going to rig the season to make sure Audrey goes far and probably wins.
PLEASE, PLEASE, PLEASE, for the love of all that is good, CBS, do NOT, do NOT, do NOT, do NOT send Frankie back into that house. Last year was hard enough to watch on its own.

Where did the producers of big brother get this idea that the fans love twist after twist?
There has been constant complaints about the twists each and every year and yet they decide to introduce a new twist each week……I really hope they are minor twists and not huge game changers.

I think we are going to see returning guests from various seasons. I wouldn’t be surprised if they bring in the twin one week as an homage to BB5 and have her infiltrate the house.