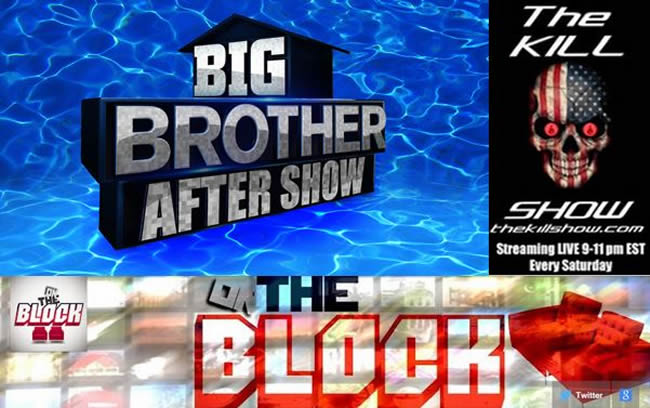 The Big Brother After Show

Derrick made it all the way to the end without ever being nominated and won making him the first winner in Big Brother U.S history to accomplish this feat. Derrick is considered by some to be one of the greatest players to ever play Big Brother and possibly ranking up there with certain Big Brother Legends such as Dr.Will Kirby and Dan Gheesling.

“On the Block with Spencer and McCrae” is a Big Brother podcast dedicated to not wasting our audience’s time with bullshit! We’ve played Big Brother and we know how to break it down! We do 3 weekly episodes on Monday/Thursday/Saturday @ 9:30pm CST. In addition to our weekly episodes we do “Game Rundowns” with each Houseguest, so that week can dig deep into each player’s time in the house. These episodes are TBA. Our podcast is free because we want every Big Brother fan worldwide to watch us, enjoy us, and maybe even learn from us! Because one day you could be walking through that front door!

Jason Roy comes back for a special post-eviction On The Block episode.

Watch the NEXT WEEK of the Live Feeds for FREE! Click here for your: 1 Week Trial

Featuring our very own Simon from onlinebigbrother.com, Simon and Ken from the Kill Show talk Big Brother. Streaming Live 9-11 EST every Saturday ThekillShow.com

Past Kill Show episodes with Simon:

van will exscape again if thier smart

I tend not to reiterate comments, nor do I always go with the herd mentality- but universally yes, this Austin kid is a complete loser. Say what you want about Vanessa and twins, but to not get rid Va- stressa due to his lack of balls is disgusting. They act like she’s guaranteed to come back … Which is crap, she has 25% chance just like the rest of jury house. Homey, you are not a wrestler, nor man, your a pair of clownshoes . When this is over have fun realizing nobody likes you. Looza