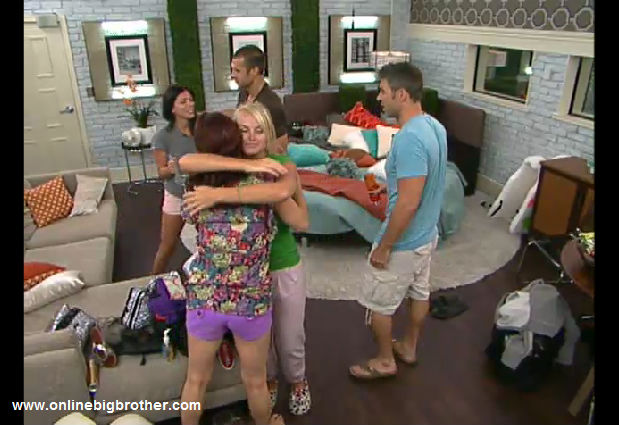 4:40am Jeff, Jordan, Dani, Cassi and Shelly are sitting at the kitchen table talking about Dick leaving. They talk about how they feel bad for Dani. Adam comes into the kitchen and starts making coffee. Jeff asks if he is going to pull an all nighter. Adam says no but who knows when we will be called. They wonder if Dani’s dad is hiding in a closet. Porsche and Shelly talk about how the newbies don’t think dick is gone. Jeff says that they don’t know anything more than the newbies. Dani saying it sucks that she is sitting on the sideline with a key for a month. 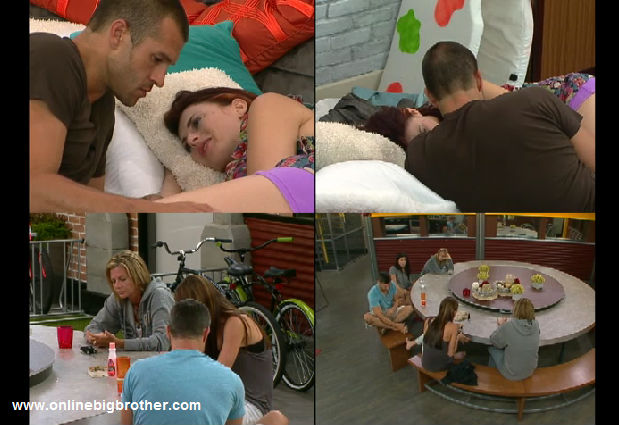 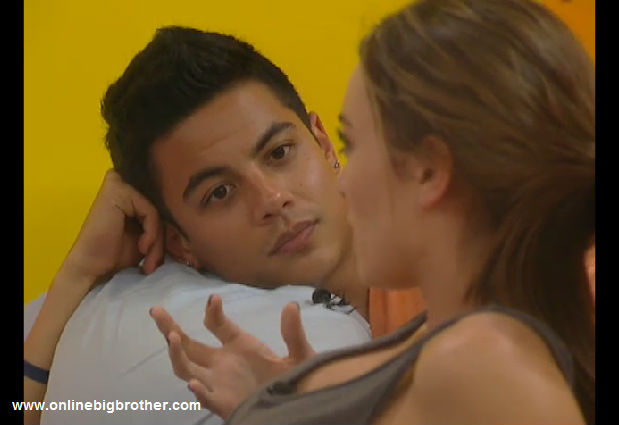 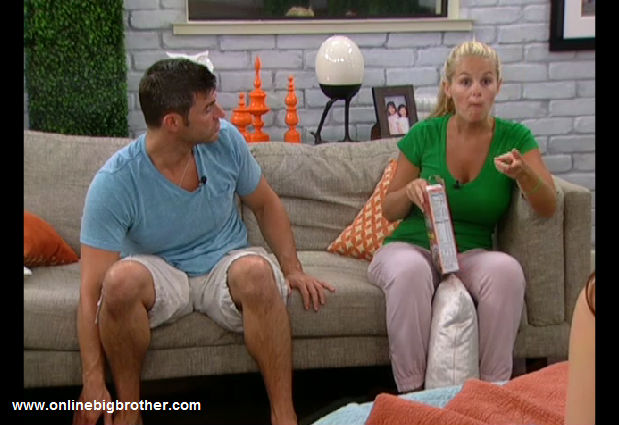 5am – 5:15am Jordan, Jeff, Brendon and Rachel are up in the HOH room talking about the newbie’s. Jeff says I told you, they have no leadership, they’re not on the same side and now she is fighting with her side. Rachel talks about a big announcement. Jeff asks what big announcement would he make? Jeff says that Keith thinks this is all game. Jeff tells Rachel that they need to win POV. Rachel says that Porsche has already said that she said she is on our side but that if nominations stay the same, she is going anyways. Jeff says that if Keith starts opening his mouth then he could be one of those people going. Jeff says that Shelly wants to be on her side, and that you know Adam wants to be on our side, look at him. Brendon laughs and says that if we have that crew down there we are good, 2-4-6-8 see we are good. Rachel says yeah I just thought we have to just do it. Jeff says that I think we will be fine and that Shelly is 100% legit. Jordan brings up how cocky Keith has been and that he has already talked about throwing the POV. Jordan says that Keith needs to go. Jeff says that he wants to get downstairs and talk to Adam. Jeff leaves the HOH room. 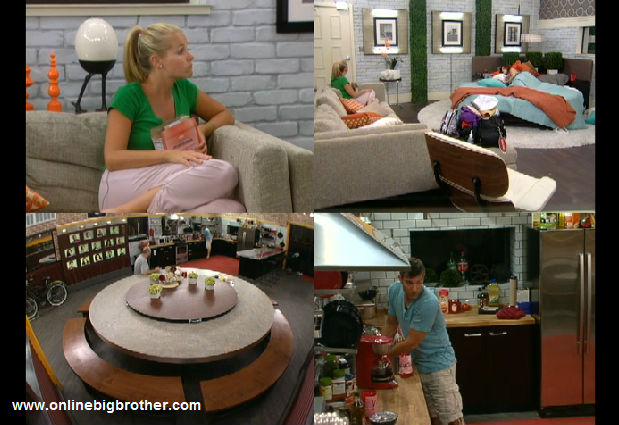 5:20am – 5:30am Jeff comes down from the HOH room to talk to Adam in the kitchen. Adam says that he still thinks that he’s going into the diary room tonight. Jeff and Adam head into the bathroom to get ready for bed. They talk about everything that happened today. Jeff tells Adam that Dick told him that Adam was a good guy and that he was trustworthy and that they should work together. Jeff tells him that he has been waiting for them to explode and that he’s been watching to see who he can trust. Jeff tells him that they will need to talk soon. Jeff then heads back up to the HOH. Jeff walks in and asks did you see me workin? Jeff tells Jordan and Rachel that he was just working Adam. Jeff says he told Adam that we’re gonna kick ass.. and asked him ..you wanna rock?

WTH! I don’t have the feeds so your website is all I have. Thanks Simon and Dawg! Is there a confirmation that Dick is gone?

PS: Anyone want to tell me which broadcasting station (in Canada) is viewing BBAD?

PS; I know the houseguests are talking about dick beIng gone… Just want to know if there is official word. My apologies for the double post.

I read that he went back to Colorado last night.
ED has left the game.

BLAH – I hope you are wrong. But I have a feeling it is true. I was looking forward to Dick losing it.

You can only view BBAD on HBO Canada as far as I know.

Man I’m disgusted with Boy George & her man all ready. “oh brendan, we’re the best players” “oh rachel, I love you so much”! Barf! Jeff may be (handsomely)obnoxious, Jordan may be dumb, but at least they aren’t fawning all over eachother & constantly professing their love to eachother. I hope boy george goes soon… Is it just me or boy george as fugly as ever.

So we aren’t even getting ONE night of Dick on BBAD? I have a bad feeling this season is going to be boring now.

I turned on BBAD last night , saw Boy George, & immediately turned it off. I was really hoping that ED would hang around for a while & pick her apart. I have a feeling this season will be like watching paint dry!

Thank goodness for DVR’S, saves my ears from the terrible cackling!

“Brendon says that we really have to think about it and that he is sure everyone at home is going to want us to have a fair shot too.”

Bullshit dude, only fans you got are the ones that JUST supports you because of the major drama you cause, nobody wants you to actually win the game. ;)

“Rachel says that we have been in the HOH all week and we are not down there making alliances with people. Brendon says that could be to our advantage because we are not being fake.
Brendon tells Rachel that we both agree if we go up on the block I go home. Rachel says we don’t control the votes, you know what happened last year, and we will be going up for sure.”

YES dumbasses, DO play the same “everyone is after us game” like last year, is sooo worked out for you didn’t it?

Brendon please stop with the were not going to be fake

their as fake as boy georges boobs