Jeff is thinking they should try to get Adam on their side by telling him they have another couple on their side.. he also thinks they should try and flip Cassi and Shelly. Rachel: “if Keith goes home this week both Dom and Cass are going to be like CRAP what do we do now” Jeff says that cassi know she has a chance with us but DOM has no chance, Jeff: “I was making fun of him downstairs” Rachel completely agrees says that Dom isn’t even hiding that he’s with the other side.

Brendon barges in. Jeff: “You came in with a vengeance”.. They start chatting about how dani must feel at a disadvantage because when they get to final 5 they have their pairs but she’s by her self. Rachel feels sorry for her, Jeff says not to worry non of them mystery6 are going to backstab each other let them just get to final 5 and play it out at that point.

Rachel suggests that maybe Dani should find another person to get to final 6 with. She mentions that Shelly and cassi are not as close as they thought. Brendon chimes in that Dick had planted some seed to keep Cassi and Shelly apart. He adds that shelly is smart enough to see that cassi is locked up with Dom and Keith all the time. Jeff thinks they can swing Cassi. Brendon completely disagrees….

3:21 Kalia joins them… Jeff:” your looking sharp.. is there a eliniation ceremony coming…” Kalia: “no this is how I dress” She rehashes Keith and how BLANK of a game he’s been playing. Kalia: “For someone who thinks he so smart and know the game he’s playing it very badly”. Rachel: ‘He thinks he’s laying all the girls” Kalia: “Yes I know he’s done there right now with Dani” Jeff schools Kalia about how the game is played he tells her that they have the votes so they can do what they want. Kalia tells them she a smart girl she’s watched this game for many years but she thinks that people come in here and they forget everything they knew. Jeff: “it’s because it’s so different once you get inside” Kalia: “yes for example lets say that last night Keith had the votes to stay well what he literally shot himself in the dick last night with what he pulled.. he came up here slinging swords and putting on all these superficial moves on the girls” (looks like Keith is screwed) 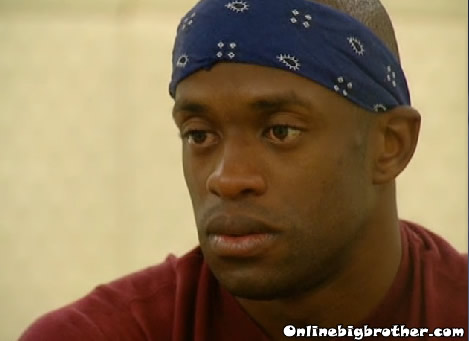 3:50pm padded room Porsche and Keith Porsche telling him she cannot trust Keith anymore after he was pointing his fingers at her and screwing up her game. Keith apologizes he tells her that they need to get out there and win the POV or its over. Porsche starts to cry. She wants to leave the house with a lot of fans so it’ll help her get a job she wants to start a entertainment business. She tried very hard on the banana she wants to have a partner that she can count on. Porsche: “you were campaigning against me you super betrayed me”. Porsche is pissed at Keith says he betrayed her, threw here under the bus, campaigned against her and was generally a giant douche bag.

He tells her it wasn’t like that but she doesn’t believe him she says she saw and heard him do those things. Shes not going to get played like past housguests did by guys she saw how erika got played by booger and thats not going to happen to her.

Keith says they need to pull it back together because they’re a team and after the veto they need to work as one. Porsche doesn’t see that happening. She tell him she wants nothing to do with him inside or outside the house. Keith seems upset. POrsche: “the person i thought you were is gone the person I know you are is here”.. Keith:” how do I get that person back”. Porsche: “it’s gone it’s over i don’t trust people often”. POrsche: “You’re the only one I don’t trust right now in the house 100%” Keith: “really… whys that”… they’re just repeating the same thing over and over.. (it appears that Porsche is trying to sink Keith so she gets the golden key..Keith is also doing a pretty good job of sinking himself. The males of mystery6 also seem a little worried about Keith’s physical abilities) 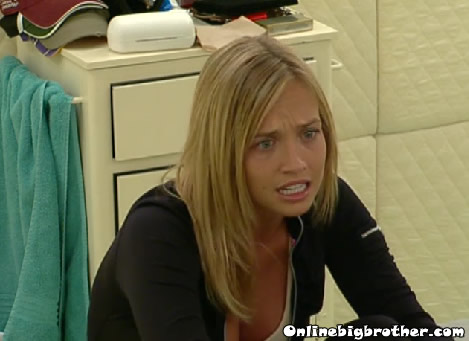 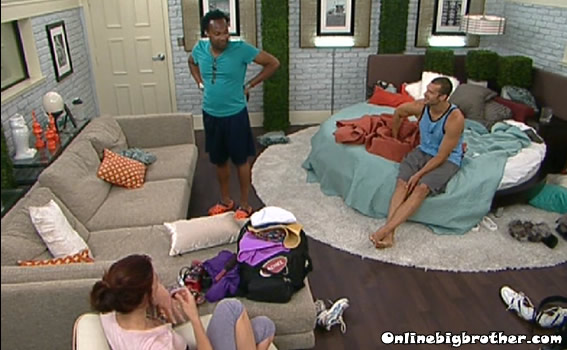 4:19pm HOH Brendon, kalia, rachel and Lawon
General chit chating.. they talk about how much harder the game is once they get into the house. Brendon jokes that they’ve only been in the house for 6 days and already things are getting heated. Lawon : “I’m on slop BLANK” … the interesting thing is once Lawon leaves Kalia doesn’t waste any time throwing lawon under the bus.. He says he sucks at comp and if she goes up against him she gone because he’s so popular in the house.. she really presses his popularity and adds that she needs to just survive these next 3 weeks.. the feeds cut to Palm tress POV comp perhaps.

New version of Big BRother lite is out download it probably fixes some bugs. Check out the BB13 Polls

question why is keith,porsche, and dom even there all are playing bad game

I shoot myself in the dick every time I look at Allison Grodner.

QAZ, don’t do that, you can get a vasectomy much easier.

god i missed you.

I dislike team Porsche and Keith so much. Wish they could both go home. It really sucks that one of them will get a golden key, provided the noms stay the same.

I’m hoping for a split in both alliances. It is pretty predictable how things are right now. I really hope that Dani is playing Rachel and Brendon and that she will start to form alliances with some of the new players. She was a smart player in BB8, always forming and breaking alliances, so I hope that this buddy-buddy relationship with Rachel is just an act. I’m rooting for Dani to go far, but I haven’t gotten to know some of the new players enough to know if I’ll like them.

Just got word Dick has officially left the show…..bummer yo. Loved that dude.

*Tear Drops* well there goes our entertainment for the year. Brenchel gonna win I know it… umm give Jeff the Coup d’Etat again BB, I don’t wanna see a Brenchel BB wedding

Having to see that wedding would probably cause a stroke. I cringe my face off every time I even see them.

wait a goddamn minute, you tellin me there’s more than 1 golden key? so that means every pair that breaks up, in the next 3 weeks gets a golden key, how exactly can that work? so everyone who gets that golden key can’t play in comps, damn BB having dumb ideas for the past 2 years, I’m thinking their rigging this whole game for Brenchel, all they gotta do is not win the golden key and they’re a shoe-in

The purpose of the golden key is to allow the OTHER person in the duo to be safe, once their partner is evicted. So if Branden or Rachel were put up and not taken off then ONE would go home, the OTHER would get the golden key. So thankfully Brenchel would be split up and they’d have to play a solo game.

The only newbies not playing the game are the Keith / Porsche team. They seem to be playing each other.

Second, Allison grodner is as ugly as ever. Blech

Mystery6 is such a lame name for an alliance ;)

OK, this may be a dumb comment, but I have to ask b/c it is driving me crazy. What does Rachel’s pink shirt say? I can see the “I <3", but what's at the bottom? I know, I know, stupid, but it's just one of those things, I have to know.

I don’t know if I like this idea of mixing old and new. I don’t think I am givng the newbies any attention because I feel so comfortable with the returning peeps. I kinda wish AG had just done an All Stars season!!!

Please get me caught up.

1. What did Keith say/do that turned Lawon against him? Lawon keeps talking about keeping his word to save Keith, but only for this first eviction. Did they have an argument?
2. How did Danielle get the Golden Key? Is it b/c she has no teammate?