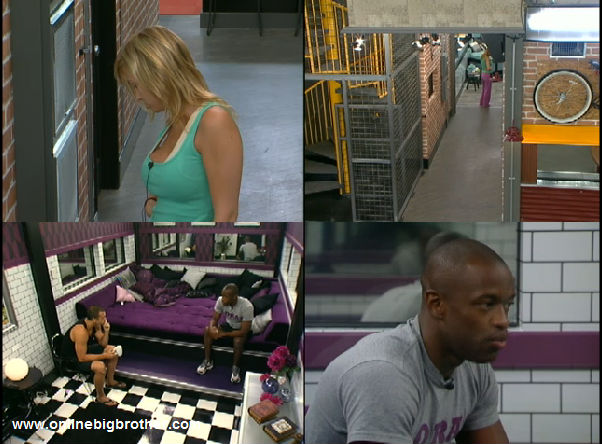 10:15am Keith and Brendon are awake and in the lounge room talking. Keith asks Brendon where Rachel is? Brendon tells him that she’s upstairs still asleep. Keith tells Brendon that he wants to talk to her. Keith says that it’s not about the POV. Brendon says we have all day. Keith starts explaining to Brendon about his blow up the other night and why he did what he did. Porsche is outside the door listening in on their conversation. Keith is telling Brendon that he did it to see who the mole was and who they could trust. Keith says that him and Porsche can be trusted… and now after what happened she doesn’t trust me. Keith says that Kalia needs to go and that Porsche and I can be trusted. Keith says that he’s not asking Brendon and Rachel to use the veto on them … and that he’s a straight up honest guy.

Porsche walks away making hand gestures implying that Keith’s crazy. Keith says that its been an awkward couple days. Keith says that Lawon has been stirring the pot and making things worse giving him a bad rep. Brendon says well you need talk to Lawon about this… Keith says yeah yeah. Keith then tells Brendon to tell Rachel all this so that he doesn’t need to retell it all again. Brendon says that he will and that nothing is set in stone and that the pov ceremony wont be until tomorrow. Brendon says go confront Lawon about it …thats the best thing to do … I was in the same situation last year. Nothing is set in stone. Keith says yeah thank you. The conversation breaks up and they leave the room. 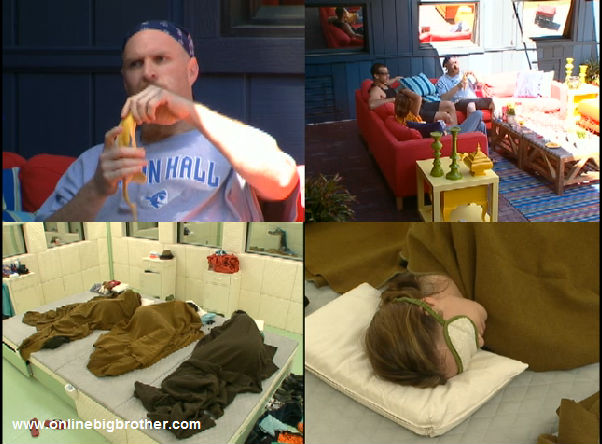 10:35 – 10:50am Brendon runs into Adam in the kitchen and asks him if is okay if he and Rachel get to talk to him later on… that they want to talk to everyone. Adam says yeah no problem! Brendon and Adam head out into the backyard and sit on the couch with Shelly. They start talking about movies and other stories about Brendon going around egging houses with some of his friends back in the day. Brendon starts telling Shelly the story about his ex-fiancée not giving back the engagement ring …and how he took her to small claims court. Right then Big Brother cuts the live feeds. When the feeds come back Rachel is finishing telling the story and Brendon is gone. Then Rachel starts asking if everyone had gone to bed soon after they had. Shelly tells her yeah. Rachel starts talking about Brendons ex again saying that at least they havent had to deal with her at all any more. Big Brother cuts the feeds again. When the feeds come back they are talk about Rachel’s ex. 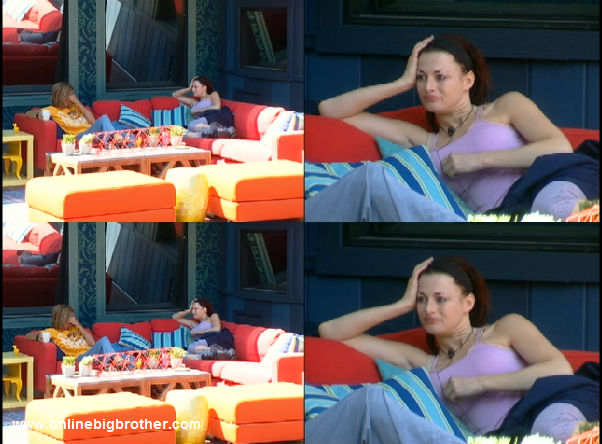 Boo!! porsche will cause more problems if she stays