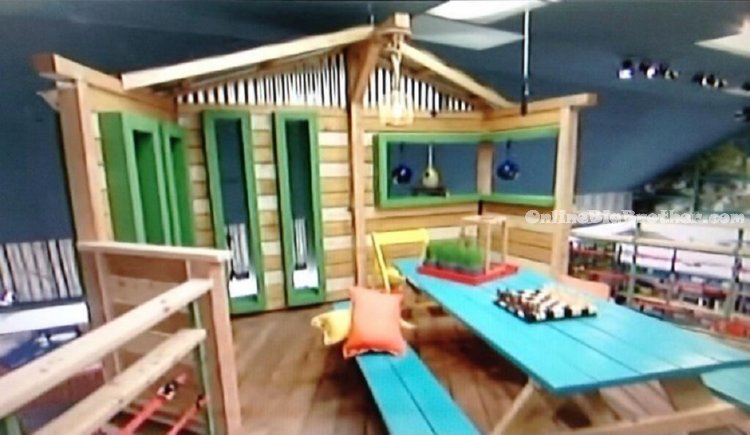 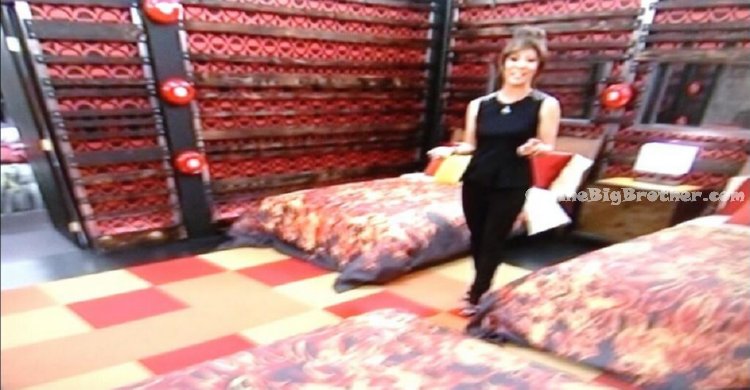 CBS is running a commercial on the TVGN network channel showing another glimpse into the newly re-designed Big Brother 16 house. Last week we showed you a few photos taken from the ET Canada house tour preview and today we get a look at one of the bedrooms. The first sneak preview showed the a bird nest bed room, the lounge room (with the photo booth) and the kitchen. The new shot of the bedroom shows a log cabin theme which ties into the nature theme of the other bedrooms. Julie Chen describes the theme as an “Urban Tree House” theme. She states that “Things are going to get HOT!”

Tomorrow Julie Chen will discuss the twist they have planned for Big Brother 16 on her talk show – The Talk. There will also be an Entertainment Tonight full house tour shown tomorrow night, June 18th with the new cast will likely be released on Thursday, June 19th.

NOTE: Please excuse the quality of the photos as the video isn’t the best quality. We will update / post better photos & videos as they are released. 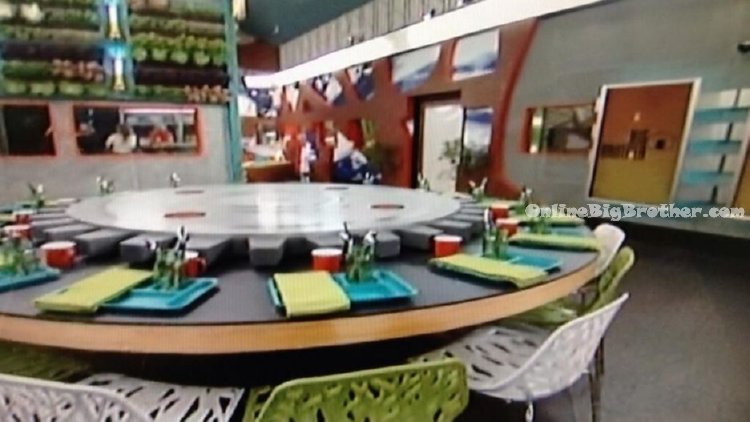 In the quick preview we see: 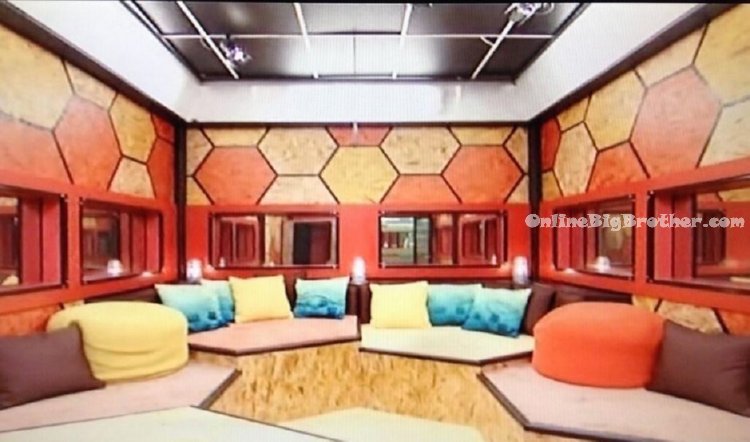 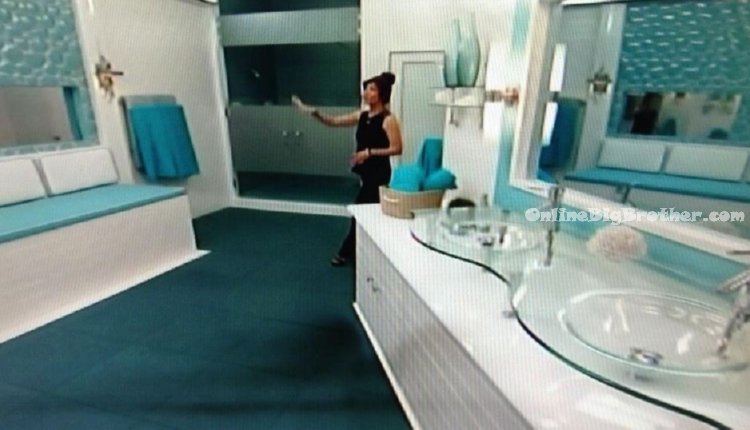 Photos courtesy of twitter user: @08Jayhawk
Thank you to OBB commenter SMG HOOVER for bringing the photos to our attention.

Really like this year’s house theme, really does have the urban/outdoorsy feel to it, especially love the picnic table and props on the second floor

House seems very unique. I like the tree house outside the HoH room on the second floor with the chess set on the picnic table. Not so crazy about the bedroom/bathroom.The digital memory wall definitely implies a Newbies V.S Veterans theme.
However as the season progresses, i’ll get used to the cast and the house and somehow, it feels like the cast and the house were meant to be in some way.

Not luving all that colour.. seems kinda like pee wee playhouse

Love the nature theme. Similar to the BBCAN house with all the greenery inside.