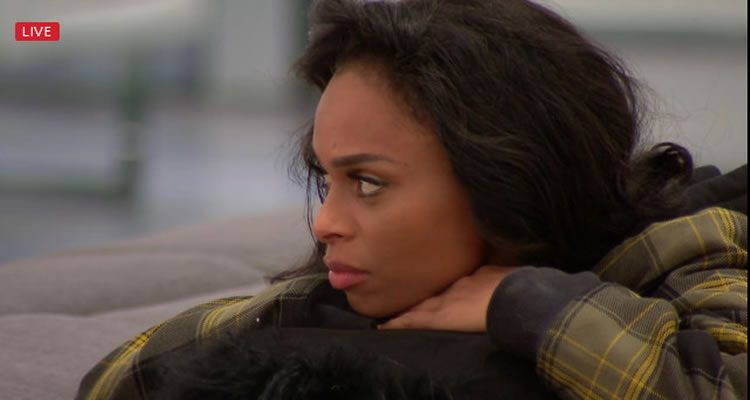 9:17pm Sindy and Ika backyard
Complaining that Bruno really wants to take out Dallas.
Ika – Why are we playing Bruno’s Game.. I want to leave the alliance.. I don’t want it anymore
Ika – I don’t like working with him, he’s too controlling.. We’re dumb we’re the dumbest people.. He’s not coming after us she is.. Look she’s looking right at us (Emily)

9:26pm Bathroom Cassandra and Dallas.
The feeds cut to Cass telling Dallas about a conversation she had with someone – I said I know you’re close with Kevin and he said I know you’re close with Dallas.. why don’t the four of us work together in this game even once we get to when its only vets in the game and there’s 8 people left … and us four will work together. Dallas – Cassandra, I’m naming my first baby girl after you. Hoestly Cass I wouldn’t be here without you. I owe you guys everything. You have my 100% loyalty. I would die for you guys. Cass – just play it cool tonight. All we have to worry about is.. nobody. We’re good. Dallas thinks they have the votes as long as Cassandra has Gary. Dallas says he’s got Jackie.
Dallas – it’s all because of you.. All

9:34pm Demetres and Bruno
Demetres is working out says Shoulders is his favorite day. Adds that he’s in his jeans so he’s not going to go to heavy.. Just enough to get a ‘Shoulder Pump”

Demetres – When you get a shoulder pump pfff out to here..

10:20pm Dallas and Demetres. Dallas – is it still on? Demetres – I’m thinking about it. I’m just going to be straight up with you. The last thing I want to do is… you go home and completely blindside you. You have to think about it from my perspective.. yeah we can work together and you can help me but at the same time everyone has to go in order for … you know?! Dallas – to win .. yeah of course. Dallas – do you think Emily is better for your game? Do you think Emily and Dillon are better for you? Demetres – part of me thinks that Emily is just a nobody. Dallas – but those two votes are always going to be the same bro! ALWAYS ALWAYS! Demetres – Like you said man .. you know it and I know it. If I end up on that block .. like we’re juicy pieces of meat man. Cass joins them. Demetres – I think I could sway the vote for you. Dallas – Well I’m going to drop the bomb tomorrow so you base it off of that. Cass gets called to the diary room. Once I drop this bomb tomorrow .. I can’t go back. I can’t go back! I’m not going to get Karen’s vote or Dillons vote. I’m not going to have any bad blood for this .. I know this is something you just have to do.

12:25am Demetres, Ika and Cassandra

Demetres – if we put want Emily out who do we put up.. Put Dallas up and rally the votes .
Demetres says Dallas in the final 4 will be trouble. Cassandra reminds him they have a lot of time to get rid of him. They need strong players on their side.
Cassandra – who else do you put on the block… Jackie..

Cassandra says she has a gut feeling that something is happening. Dallas doesn’t think so says Bruno gave him his word that he’s 100% behind the vets.
Dallas says the french connection and Dallas want a vet to go up they want bruno to go home.
Dallas – I have no problem with that.
Cassandra – you have to win HOH
Cassandra says Demetres had a talk with Kevin and ever since that he’s been rattled. She need to find out what they talked about
(Cassandra and Dallas kitchen late night)

12:20am Demetres, Ika and Cassandra

Cass asks Ika – did you talk to Gary? Is he fine. Ika – no, he went to bed very early tonight. He was upset because when I was upset I didn’t want to talk to him. Cass – did Emily talk to you? Ika – no, Emily knows I’m a f**king b***h and I don’t like her so she wouldn’t talk to me. Cass – Emily asked me so you’re voting for me to stay right?! Cass – I am voting her out like I can’t stand her. She asked me if I was going to vote for her to stay and I told her honestly I’m going to wait for the nomination ceremony and go from there its too early in the week to worry about that kind of stuff. I asked her – If I did vote to keep you who would be your target and she said Demetres and Karen. Demetres – I would believe that. Emily came up to me and and said put up Karen and I can promise you that Dillon, Dallas, Bruno and Kevin won’t go for you. Cass – who said that?! Demetres – Emily. Cass – they’re working together.

Ika – when Dillon leaves who’s the next target?! Demetres – if we keep Dallas.. how do we get rid of Emily. Cass – you still put Dallas up and then we rally the votes .. its risky though. Demetres – its a tough, tough decision. Cass – you just have too many people in your head. Demetres – Dallas is a huge player in this game and he stands between me and $100,000 and I caught him with his pants down. But I have people in my ears and its swaying me back and forth. I’m not saying anything yet, I’m not saying he’s gone yet. At some point .. when we get to final 4 he is going to be a pain in my di*k. Cass – but we would get rid of him before final 4. Here’s the thing you need strong players in this game. He’s another strong guy that’s in our corner going after Dillon.

1:28am
Cassandra – the HOH has a crush on you IKA
CAssandra says she needs to tell him that keeping Dallas is best for his game.
Ika – I feel for him like a friend
Ika says she doesn’t want a showmance.

Best part of the graveyard shift is your updates guy, keep up the good work :)

Simon(@simon)
Reply to  Guy From Canada

Really Ika…”Why are we playing Bruno’s game?”‘ The guy hasn’t asked you for anything, meanwhile you are running around making outside alliances with Cassandra? If Bruno talks to anyone, you and Cass say he is working with those people. He is in an impossible situation with you now you have joined up with Cass. Even your personality has changed. Yes slop affects you, but come on. You have been bitching since you aligned yourself with Cass. Bruno knows Cass is full of shit, and just tries to stay away from her. If anybody thinks Ika and Cass will last is crazy. Cass is even worse than last year (or better depending how you look on it), and Ika is a crabby-ass bitch most of the time when she doesn’t get her own way, and broke down it tears yesterday because the vets didn’t react to Dallas the way she wanted. She is not a smart player at all, and once Dem. is no longer HOH, he will be finding out that those girls have no more use for him, and be on to the next HOH.