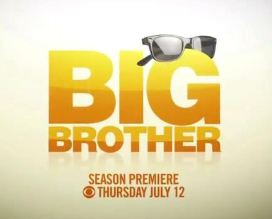 Big Brother 2012 is BACK! The Sexiest, Funniest, most Outrageous Summer show returns!

FINALLY THE FIRST BIG BROTHER 14 COMMERCIAL IS OUT! Some how it makes it more real that Big Brother is just around the corner! The very first commercial aired during the finale of Survivor: One World finale. The commercial was very short and only about 10 seconds long, basically just a teaser. Nothing was revealed about the new season in the video.

The big brother 14 casting call auditions are all finished, so hopefully you applied and we will see YOU on the new season. The official Big Brother 14 Premiere will air on July 12, 2012 at 9pm – 10pm (Pacific Time).

What do you think of the first commercial? Any ideas about this seasons twists? Tell us what you think would make this the ultimate season of big brother.

Also for all of you big brother fans, here is the Big Brother UK 2012 Full Length Promo Video:

Can’t wait till Season 14 starts! Hopefully, some twist and make this more fun!

Is that who I think it is standing next to Brooklyn Decker in a high school pic. They sure grown ’em beautiful down there.

yup that’s Jordan thanks for the link

Ohhhhh my! It’s making me feel all warm and fuzzy inside!!! :-D Too excited….can’t wait!!

i am so excited for my Summer “guilty pleasure “I to begin.

Finally super excited for both versions

Sooooo whats this about Matt and 6 other past houseguests being in this year???

I saw Matt tweet that earlier today.. I’m pretty sure he was joking, I think the survivor 25 has a twist that includes 4 or so past survivors.

Hopefully BB will put some people that actually want to play the game. Last year was a big let down for me.

Keep up the good work as always Simon!!

I agree .. too often once these people get past casting auditions they’re all quiet as a mouse! We want people that are going to shake things up and not be afraid to play the game. It will be interesting to see what twists CBS throws at them to make things more interesting …

So excited for the new season. But does anyone know what’s going on with auditions? I applied by the May 11th deadline but had troubles with my video upload. I emailed the Kassting email address listed and got a response back around the 13th saying they are extending online applications and reopened the website. That was great news for me, but I look everyday to see if they’ve shut down the application site and as of this morning, it’s still up and running. Weird? It IS almost June…. Big Brother: always keeping us on our toes. :)