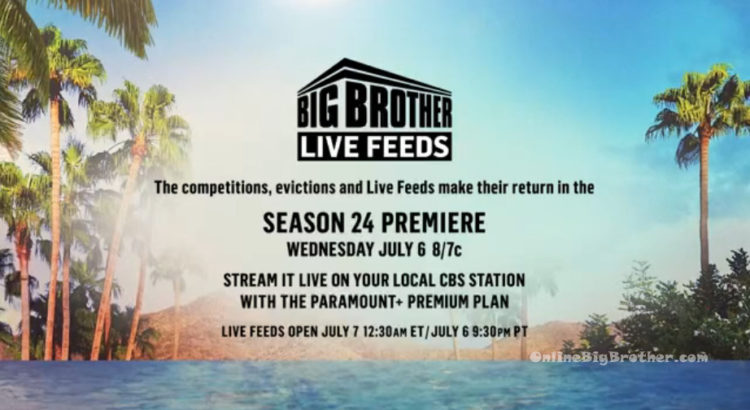 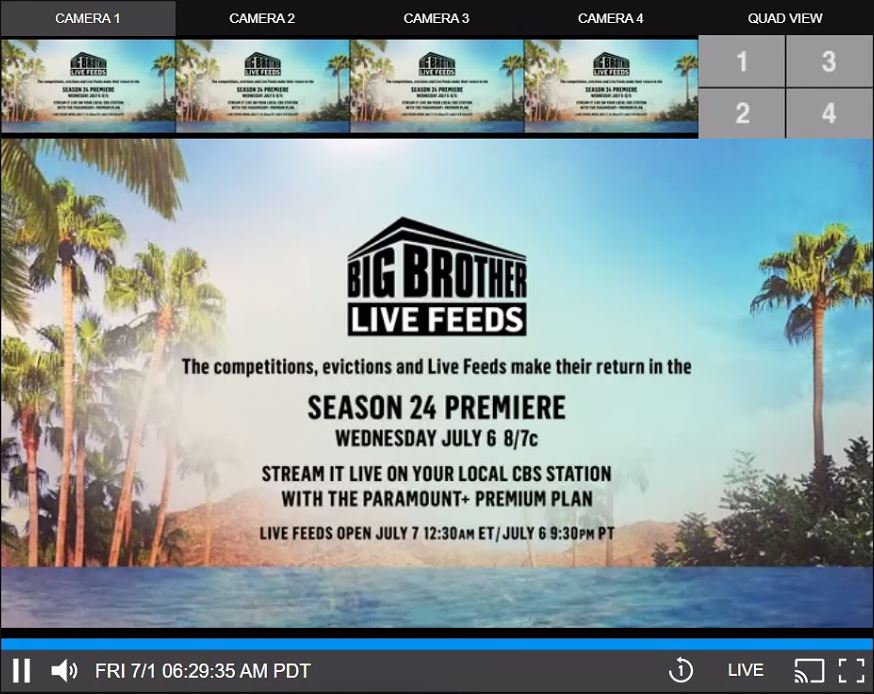 The Big Brother 24 live feeds page is now up and running! The feeds will officially start on July 6th at 11pm PT (July 7th at 2am ET) shortly after the premiere. In case you missed the official CBS announcement, the all new cast is also set to be released on Tuesday, July 5th.

Subscribe to Paramount+ and watch the house guests live 24/7! Plus with Paramount+ there are hundreds of other shows with thousands of episodes to view! If you’ve never had the live feeds before, you’re missing out! Big Brother isn’t the same without them. The TV edit is just what CBS wants you to see, it’s nothing like watching what really happened as it happened! Simon and I post everything that happens inside the house 24/7 but by using our updates with the live feeds you can use the “flashback” feature to watch all the best moments that you missed (and skip all the boring stuff).

Now’s the time to get the live feeds before the madness begins. Signing up through the links on OnlineBigBrother.com helps support all the spoilers and updates we do at no extra cost to you. The feeds cost the same no matter where you get them from so why not help us keep the lights on to keep you up to date on everything happening on the live feeds 24/7!

The live feeds are somewhat edited too. Certain content (the good stuff) is blocked.

Very true! The feed blocks are annoying! Still better than not having the feeds though 🙂

Looking foward to another season with you Dawg!

Thanks! I can’t wait for it to start.. It feels very odd to not have started yet! Hopefully it’s a great season 🙂

What is the use if the good stuff is blocked? How expensive are the feeds?

Bring on the craziness let’s hope for nothing to obvious grod interference.

Grod always has her fingers in the mix.

Thanks for being here for us again. Excited for the new season