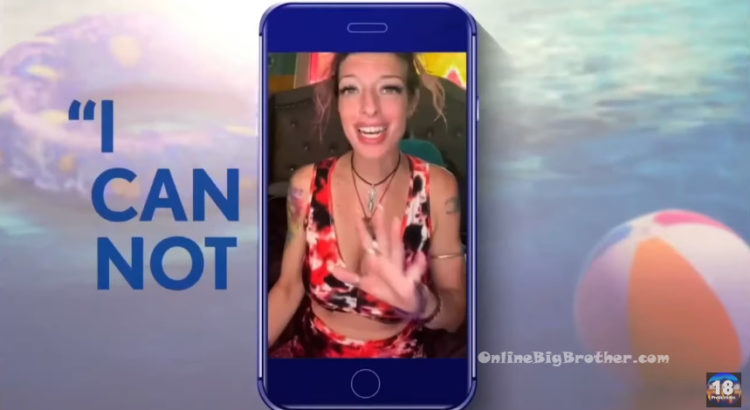 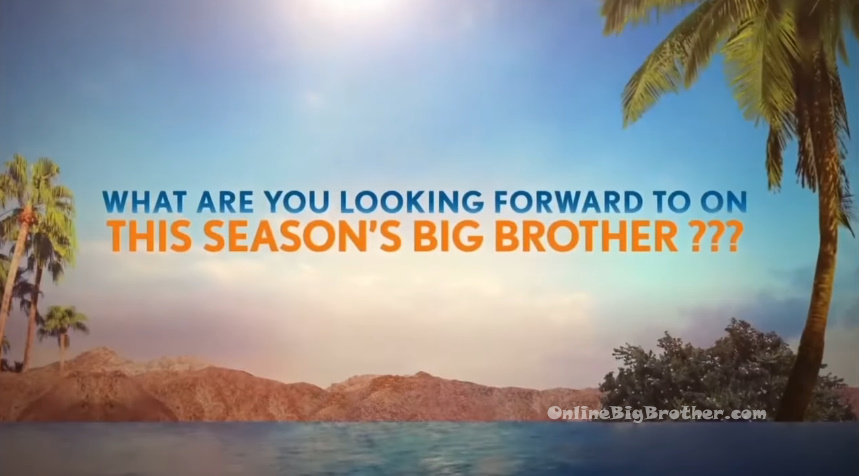 CBS just released a new promotional video for Big Brother 24. Normally we would have had numerous promo videos featuring the new cast of house guests, however, with the cast not being revealed until the day before the July 6th premiere the promo videos have been basically non-existent. Instead the video below showcases a few big brother fans sharing their expectations and what they’re excited to see on the upcoming season. The highlight of the video is when Rockstar (from Big Brother 20) appears. She’s most excited to see what Julie is wearing each week. (Really?!) I guess she was willing to do it for a lot less than Jejo (Jeff Schroeder & Jordan Lloyd). Check out the video below for fun while we wait for the season to start. (Unfortunately don’t expect to see any new information or hints about what we’re instore for this season..) 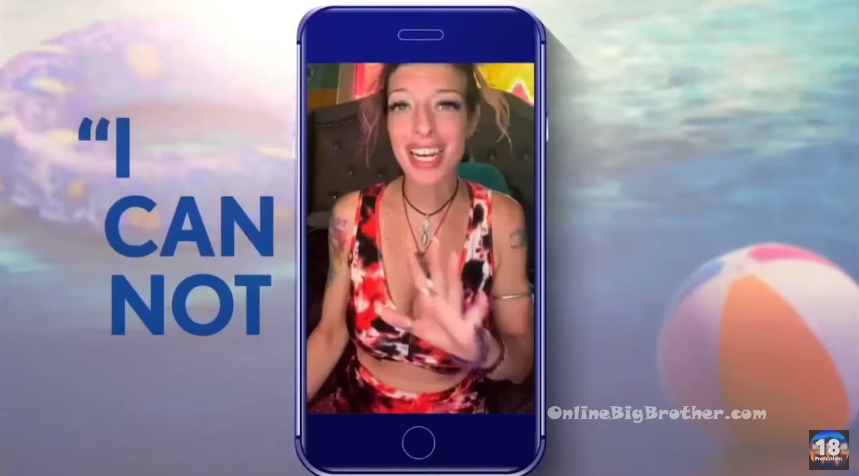 “I am super excited about this next season.”
What are you look forward to on this season’s Big Brother?
“What I’m looking for the most is showmances! I love showmances so much!
Rockstar (BB20) – “I cannot wait to see what Julie is wearing each week!”
ALL THE FUN, ALL SUMMER LONG!
“When Big Brother starts, the summer is officially here!”
The new season of Big Brother starts Wednesday, July 6th on CBS!


Now’s the time to get the live feeds before the madness begins. Signing up through the links on OnlineBigBrother.com helps support all the spoilers and updates we do at no extra cost to you. The feeds cost the same no matter where you get them from so why not help us keep the lights on to keep you up to date on everything happening on the live feeds 24/7!

What is Rockstar pulling a Glutter Gary? I thought it was his/their/prefered preference to be called BBCan thing to be excited to see Arisa each week in her wardrobe?

Side note Thanke again Another Name and TTombz for the updates last BBCan season, don’t know if I will watch this season or not due to limited time but Thanks Simon and Dawg for everything you do for the community.

Simon
Reply to  Guy From Canada

Hey Guy from Canada, glad to see you’re back.

Another Name and TTombz are great!

I keep Rock in the same gutter as Freakie and a few others.

Ohh look ROCKSTAR. Wouldn’t it be great if she came back.

oh ya
Reply to  Simon

Dididonna
Reply to  oh ya

As if…I’m sure Production will block out everything they can…as always!

@Simon I noticed when trying to watch certain live feed clips for BBCan1 that the videos are private. I was wondering if there’s any way I could please get access to those videos?

@Simon I noticed that some BBCan1 videos are unavailable and private when trying to watch them. I was wondering if I could somehow please get access to those videos.

Most of them I have backed up or can change their permission on YouTube which ones are you wanting?

I apologize for being greedy but is there any way you could please allow access to all of them? If you can’t do all of them, I just would please like access to the emmett jillian videos and topaz alec videos.

Hey Joseph, I was going to try later in the week. I’m a bit swamped at the moment getting everything ready for the season.

@Simon Once again sorry for being impatient but when should I expect the videos?

Sorry Joseph it slipped my mind. I’ll do it tomorrow. I’ve set a Google reminder this time. ?

@joseph I’ve flipped all the BBCAN 1 and 2 videos from Private to unlisted. These are the ones associated with our Onlingbigbrother youtube account. If there some that are still unavailable they were on an account of ours that got removed.

@Simon Ah ok thank you so much for the videos, I know I’ve been hounding you. Just one more question, why did that account get removed

Those other videos say it’s private though. Sorry I know it sounds like I’m being ungrateful but I just wanted to let you know that.

can you send me a link to a video missing I can take a look at which account it’s on.

That one should work now.

No worries. Are you able to see the videos you want now?

Those should all be unlisted now. They had a age restriction on them which I had to clear that is why they were stuck to Private after I bulk changed the accounts visibility.

Thank you Simon, I keep on asking for more videos but I was wondering if you could please make all of the videos unprivate so I could stop asking just for a certain set of videos

@Simon Ik ur busy but is there any way you could please make all the other BBCan1 videos unprivate, I promise this is my last time bothering you

Hey Joseph, Unless you send me the links it will have to wait until after the season is over.

@joseph These should be viewable now.

Give them a try now I thin it’s fixed.

Hey Joe. I thought they were all released. The ones that are flagged age restricted have to be manually flipped. Could you send me the links of the videos you want?

Sorry for the delay forgot about these. These are now unlisted.

My proof that ‘Rockstar’ is an idiot..

Thankfully I had forgot about Rockstar. Damn.