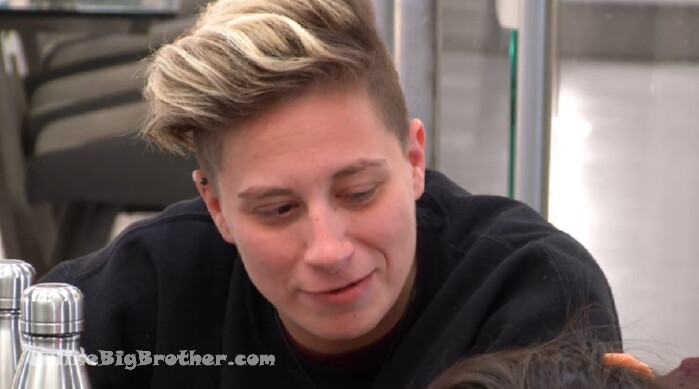 Spoilers – Adam won HOH, Nominated Este and Damien. Dane, Anthony, Damien and Kyra are have nots. Feeds may be down for a bit as there was a party planned after the nomination Ceremony. It’s common for BBCAN to shut feeds down for the night during some of these parties. no more getting to see houseguests puking in the toilets 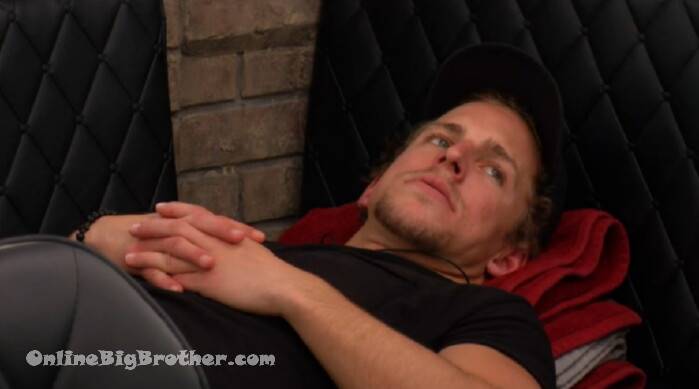 5:44pm Mark and Dane
Mark saying that he really needs to win the veto to not use it. Adds if Dane wins it will be awkward.
Dane – Awkward because than he has to put up Kyra or you.. I will have to pull Este down.
Dane – Damien needs to go if it’s between them
Mark – obviously.. literally like last week
Mark – you won’t be gunning for that veto right
Dane – no
Mark – I’ll work on my relationship with Kyra I guess 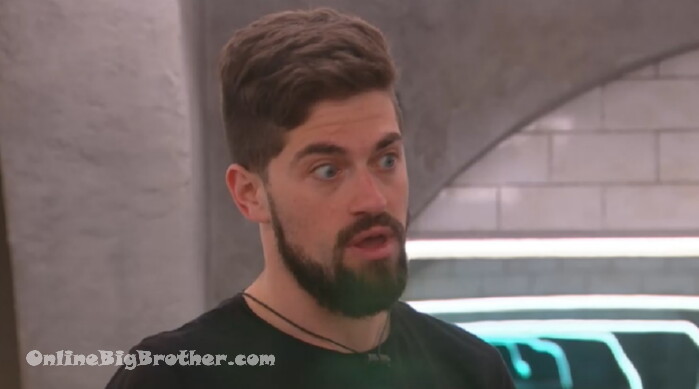 Mark – In a perfect world we all want Adam out.. I’m the only guy with the balls to do that why would you want me out..
Mark – people are terrified with Adam they just want to appease him ..
Mark goes on about being the only person with the balls to put Adam up… “I’m gung ho for that Veto” 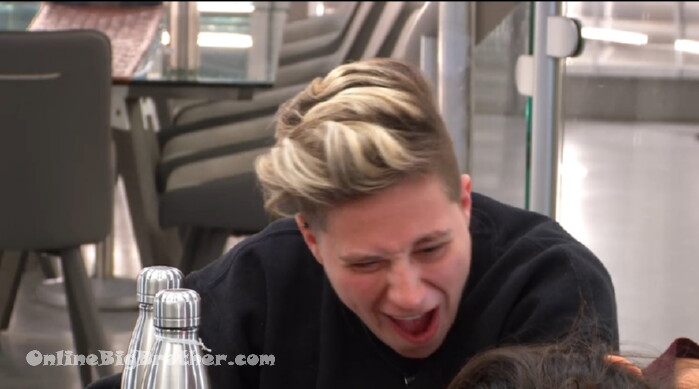 5:48pm Este and Kyra
They’re excited about the party tonight. Kyra isn’t sure they will drink because they don’t want to be hung over for the veto.
KYra – Mark gets really drunk real easy
Kyra – we should get him to drink as much as possible
Kyra suggests Este pulls out some of the Spanish flirting.
Este says she hates the plan for Noms and so does Dane.
Kyra mentions tryign to talk Adam out of it. Points out that Adam is right the percentage of getting out Mark is higher if he’s not on the block.
Kyra – there’s that chance his name won’t be picked, It’s still really risky
Este – I have to be uyp there for the third time in a row
Kyra – Just for a day and a half.. trust me I tried. Adam does not want you to go it’s not that. He even considered putting me up.. I’m like are you f*ing serious I f*ing fought for you.. 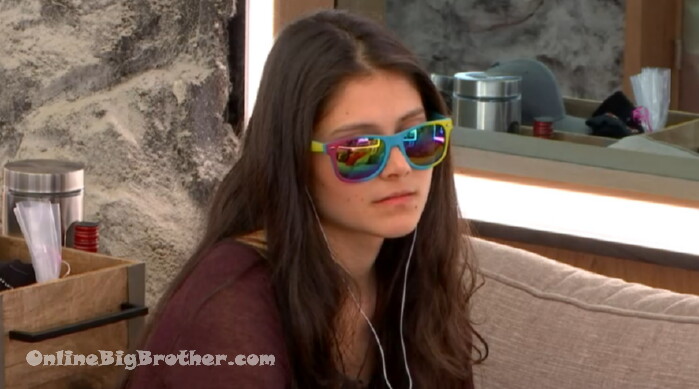 Season 1 Talla was fun to watch get drunk in the hot tub and later go plop in toilet…classic BB.
Still my favourite season

Yeah, it was fun watching them get bottles of vodka to celebrate :)