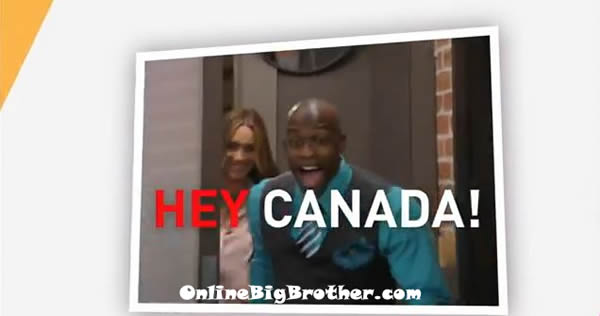 Get READY Canadian Big Brother FANS! Big Brother Canada is coming to a city near you to cast for the very first Canadian Edition of Big Brother. Start getting your audition tapes ready!
Insight Productions and Shaw Media have announced that the national casting call for the series will begin on August 1st, 2012! You must be a Canadian citizen and at least 19 years old to apply. The Big Brother Canada premiere date has been tentatively set for February 18th, 2012. After the announcement of the series, Executive Producer John Burton was overwhelmed with the response he recieved from Big Brother cast and host hopefuls, so it is sure to be a hit reality series just like the US version!

“Big Brother has been a top performer on Global for over a decade. Canadians love this format and we are so excited to offer them the chance to participate in the newest edition right here on our own turf,” said Barbara Williams, Senior Vice President of Content, Shaw Media. “By offering applicants the option to apply online and in person, we’re ensuring that no matter where you live, everyone has an opportunity to apply.”

Applicants can apply online or in person at one of the following cities. With both options applicants are encouraged to include a short video stating why they should be chosen to live in the Big Brother Canada house. Additional information about the specific locations and time of the open casting call locations will be announced in the following weeks.

The Big Brother Canada Open casting calls will be held in the following cities on these dates:

Big Brother Canada is in search of extroverts, conformists, risk takers, adventurers, romantics, leaders, plotters and planners, and those who don’t mind a little healthy competition. If you’re ready to strategize with fellow Canadians living in a house packed with cameras watching your every move, Big Brother Canada wants to hear from you.

Online applications will be available at www.bigbrothercanada.ca. Start making your audition tape now because the submission deadline is October 16, 2012!

Big Brother Canada Season 1 will be airing exclusively on Slice during winter 2013. Just like the US version, the show will have a similar format and casting directors for Big Brother Canada will choose a diverse group of people to live and compete in the Big Brother house. The Big Brother Canada house will be built this fall, which will be outfitted with numerous cameras and microphones in each room to capture all the drama. The house guests will compete weekly in a series of challenges and vote each other out until one house guests is left standing to be crowned the winner and claim the grand prize. As long as the format is like BB US and not BB UK then I’m good. It would be nice though if everyone could play for the veto much like the early versions of BB US

Oh noes…… Does this mean you will cover Canada, instead of America?

1) Why did it take so long for Canada to get their own version?

2) As a rabid hockey fan I think they should go recruit from each of the cities with teams and toss a couple in from each. Can you imagine how that could play out? ; )

3) Please say you will still cover our version (US) !

We will be covering both the US and Canadian version. Luckily they are on at different times of the year.

But aren’t you applying Dawg?

Either way I will be down at the casting calls to take photos and videos …might even try and sneak inside too..

I know BB Canada won’t air till next year, and you will be covering it, but will we in the U.S. be able to watch live feeds? If that is not possible, we will be able to at least watch the broadcast episodes online somewhere? I understand if it’s still too soon to have any information.

Hopefully the episodes air in the US as well, if not they will be online. They still haven’t confirmed if there will be live feeds yet. I can’t really see them doing it without them, so we will see.

My poor son is going to be devastated! He’s been waiting for this announcement, and now I find out you have to be 19 to apply (and not 18 as we originally thought.)

This sucks. I guess we’ll have to hope BBCanada does well enough that there will be a second season.

I think BBCanada will do alright.. hopefully they have feeds.