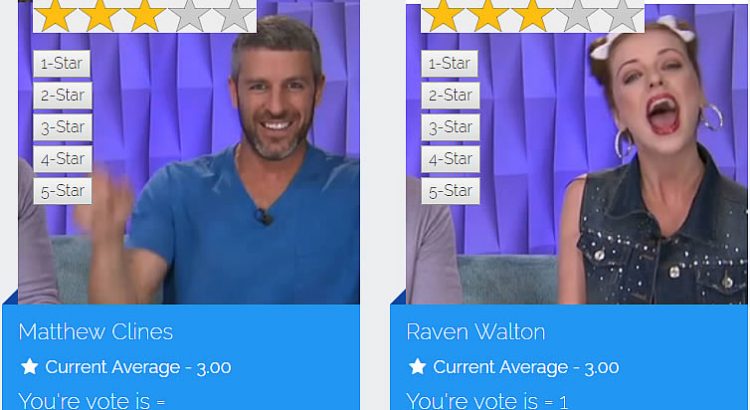 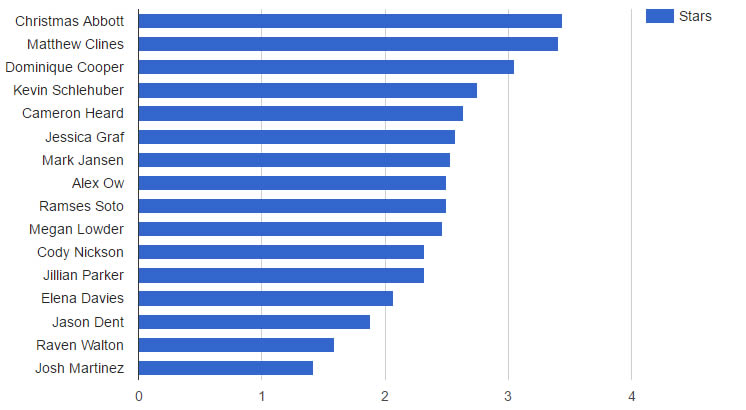 As promised on the Kraken hour, this year we’re rolling out a new feature on the site. We’ve expanded our polling solution to include a full fledged Houseguest ranking system. As you can see from the Pre feeds rolling total above Christmas has the highest star average.

To get acquainted with the houseguests here is the BB19 cast reveal post from earlier in the week.

Here is how it works

I’ll be publishing weekly reports and we’ll show totals under posts but in order to vote and see Live data you’ll need to use the following links.

Please keep in mind.
1) Before the feeds start on June 29th consider the Data in the graphs to be subject to change. I am still making tweaks but would appreciate people using the system to populate it with Data. So consider this BETA for now.
2) As far as I know other than spoofing your IP there isn’t a way to compromise the system. I built it which doesn’t mean its invincible just that I did try to harden it.
3) There isn’t enough time to make major changes but if you find a bug or have a question please feel free to let me know so I can address it

Where to watch after dark?

I want to do a first impression rating but I’m having trouble doing so…I can only rate one player and it doesn’t register, am I missing a toggle I need to use?

I did my vote but only my first choice highlighted and then when I went back in that vote and a couple others I did were registered so I completed my rating and all of them registered for me…..I really like this implementation Simon and Dawg??

Paul is Dead Man Walking in this game