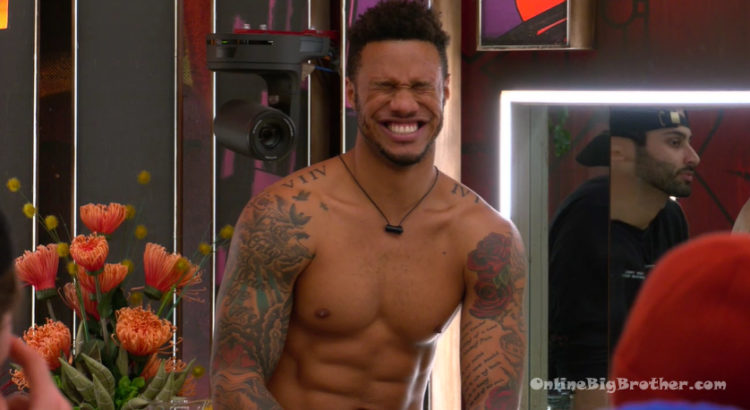 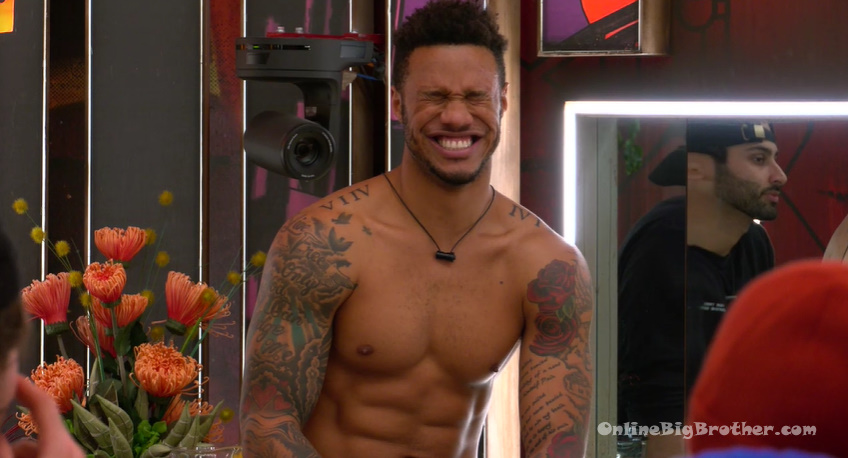 12am The house guests are sitting around the kitchen chatting about the comp and “just the tip”. Victoria – Oldest trick in the book is just the tip! It got me man! I hate that word now. That one got me. Me and my daughter will be having a long talk about that one. I swear to god! If you ever!! If you ever hear a guy say that one .. you better get the f**k out. I swear to god! Just the tip .. my a$$!! Tychon – its a good trick. Its a good move! Victoria – you’ve done it a few times?! Tychon – no I’ve got friends that did it. Its a good move. Have you heard about that one? Did it work on you? Victoria – I am pretty sure I lost my v!rg!nity to just the tip. Someone – did it work? Jed – it obviously didn’t stop at the tip. Victoria – it obviously didn’t stop at just the tip! 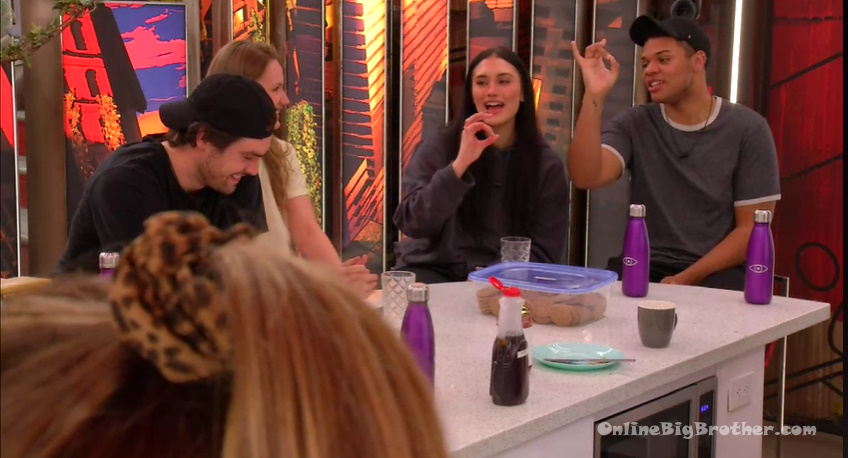 12:45am Bedroom. Keifer & Kyle.
Kyle – You said something along the lines of ..yeah if I win it, I don’t think I would have to use it.. Josh goes home no matter what. You know what I mean? Keifer – Yeah, I don’t even remember saying that. Kyle – and not even if I do get the veto .. if I do stay on the block. You know what I mean?! Keifer – that’s what I said. If I am still on the block.. Kyle – I don’t even think I would need to come off if Josh stays on. Keifer – She was talking game with me and was like if I win the veto do you want me to pull you off? And I was like yeah obviously.. but like its your game. If you think its going to damage your game than I say don’t do it because I feel pretty confident next to Josh. Kyle – that’s exactly .. then three words get switched and then its a new thing. Keifer – I know ..then people are coming up to me and being like you’re not using the veto?! And I’m like what?! Kyle – I heard that and laughed. That’s what I mean its just gossip right?! Its like you’re back in high school. Keifer – honestly I think you have to backdoor spicy-B. I feel good with you and Rohan. Kyle – I feel good about Ro. Keifter – Then we just need to pick off V (Victoria) and then I don’t know who. We don’t really have any targets really. Kyle – we will think about that when it gets there. Keifer – because I don’t know if we can go after the big.. Kyle – the big goats! Keifer – yeah. Kyle – yeah because I don’t want to either .. I don’t think we’re on their radar. Keifer – I hope not, I feel good with Jed. He thinks I am funny, right!? Kyle – yeah. I am going to try really hard for the HOH. Keifer – I am just so happy to be safe for a week because some sh*t or twist can go down. Tychon joins them. He comments on how today was a big win for Keifer. That was huge! It looked like you wanted it more. Tina joins them. Keifer – thanks for throwing that comp today for me Tina! Tina points at Keifer. Tina – I’ve got your back. 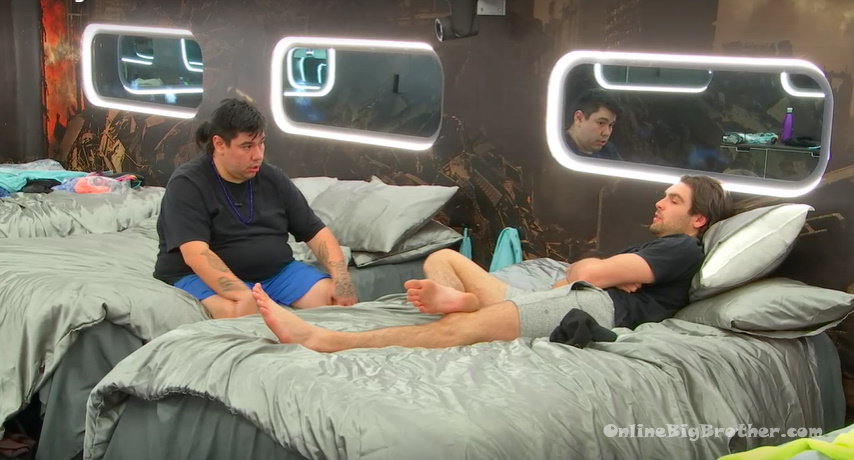 1am Big Brother blocks the feeds.