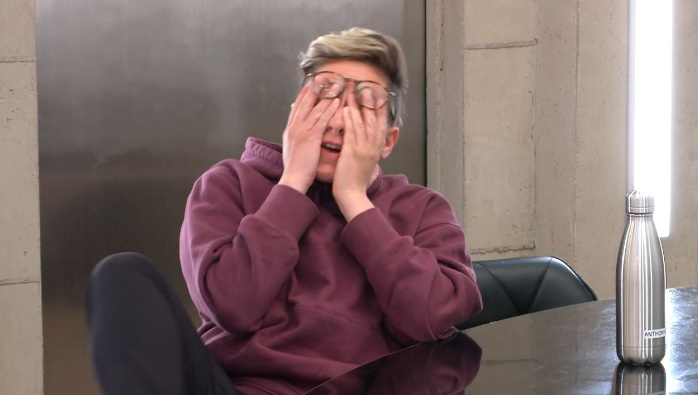 Big Brother Canada Spoilers – Este and Mark on nominated. All conversations point to Este being evicted. 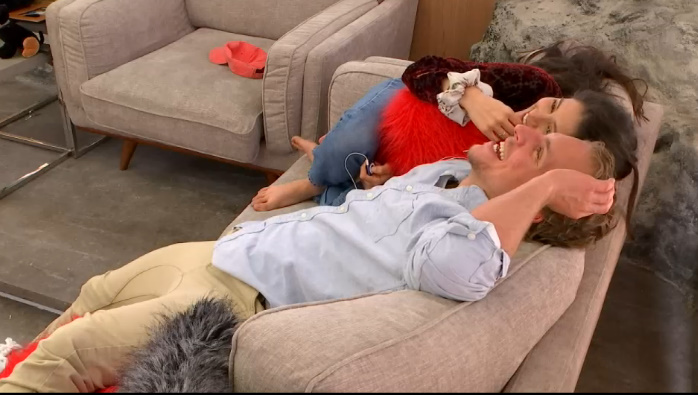 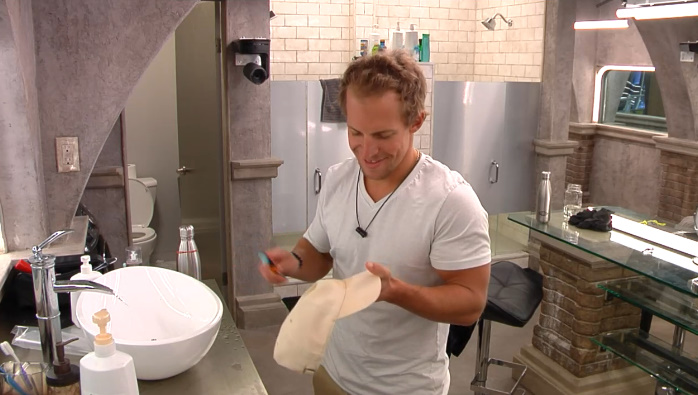 7:27pm Adam and Dane
Dane – I don’t think he’ll want to go against me. Be like DAne is really for the boys final 5 but he’s still going to vote Este to stay because..
Adam – alright
Dane – you can be like he really doesn’t have a choice it will be a 2-2 vote.
Dane goes on about Adam telling Damien that Dane is solid with the boys.
Dane saying if Damien wins the HOH he’ll put up Mark and Kyra.
Adam – I’m going to tell him about the assassin. You’re here because of me man.
Dane – yup 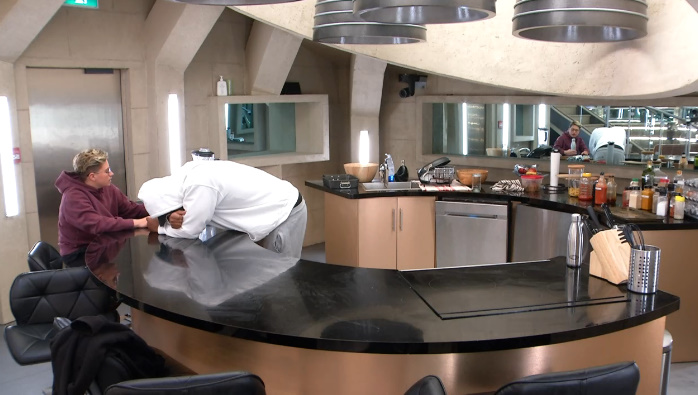 7:36pm Kyra and Anthony
Kyra – I’m so annoyed. Este keeps asking me how she should campaign. I’m like I don’t know. I’m so annoyed at people not playing their own game.
Anthony agrees
Kyra – she never once had to campaign and now that she feels like she has to like to you she’s like what should I say..
Kyra says she’s told Este to tell Anthony reasons why he should keep her over Mark. Este replied she doesn’t know any reasons.
Kyra – like what the f* .. yeah I know I haven’t won anything but nobody can say I road of the coattails I had to fight for myself
Kyra goes on about how annoyed they are.

Anthony – she just wants Dane to do everything for her
Kyra – she’s never played for herself at all she doesn’t know how to play this game the only reason she’s made it this far is Dane’s had power enough and has been close with people that have power enough. He made sure Este stayed safe. Also, she’s not really a threat.
Anthony – (este) you’ve never done anything in this game, you never fought for anybody all you did was give KIKI advice over what she should say and KIKI failed horribly.
Kyra – it’s annoying she made it this far while other people what would have been good or are good didn’t make it.
Kyra – except for her everyone that is left is a relatively strong player one way or another.
Kyra – I was hoping it was an instant, just to get it over with
Kyra – it’s hard because tomorrow is another full day of nothing also
Anthony – nothing to look forward to, No Food, No activities, nothing
Kyra – no backyard
Anthony – so wack 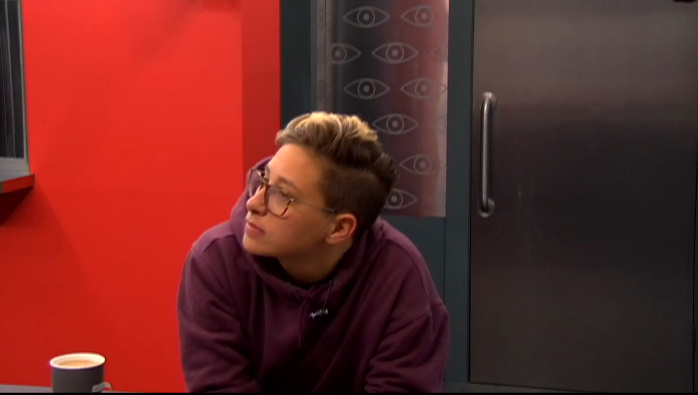 They head to the storage room to grab milk for coffees. The conversation starts about winning competitions now being easier. Anthony goes on about there being a time for everything in this game. Kyra says Damien would be a nomination for them.
Anthony – and who
Kyra- I would ask for a volunteer
Anthony – somebody is going to volunteer?
Kyra – probably not
Anthony warns her the second they say someone’s name the second they make it known they want someone up “bad news for the rest of your game”
Kyra – I know if someone else wins I will probably go up next to Damien. It’s the safest option
Anthony – mmmmmmmm, anything can happen

Kyra isn’t worried about being put in a tough spot this late in the game, “I feel like I can get myself out of it because I actually have been playing this game. I hope it looks like it because I haven’t won anything”
Anthony – it’s not really how it looks like, who cares. It’s a game
Kyra – for me it matters, I have been a fan of the show for a long time.
Kyra goes on about playing for the fans. it means something to them be looked upon as a strong player. 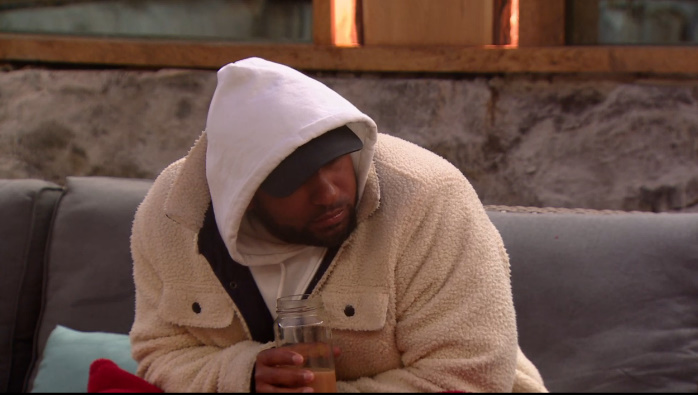 8:22pm Anthony and Kyra
Kyra tells him even though Adam is protecting them because Sam made Adam promise doesn’t mean they are gaming with Adam all the time.
Anthony – I know I know
Kyra- I feel secure with Dam I’m not going to lie.
Kyra says if Adam wins HOH he won’t put them up right now.

Bad choice if they keep Mark .

I am so sick of Kyra and her Pie hole – She never road coat tails ??? oh please The minute she found out about the boys alliance she was on Sam and Chelseas like flies on Toilet Paper because they were closest to Adam and Sam. She was either riding a Buck or a Doe none the less coat tails. The only thing Kyra may do better than others in the House is campaign than they do. – And she’s had a lot of practise.

Agreed. Kyras frustration at Este is only a fraction of what I feel watching kyras game every single week. She probably will get second place though, she wouldn’t even get one vote if she was in the final 2 so she is smart to take

Damn can this season get any more dull? Is that at all possible?

LMAO kyra…. hypocritical much???? Haha “you haven’t rode the coattails of anyone”?? Yea sureee lol girl sit down and shut up!! You play your role good, don’t open your mouth and ruin it lol

I agree, Kyra is a waste of space, she road coat tails, threw friends under the bus and if she cries again I’ll lose my mind