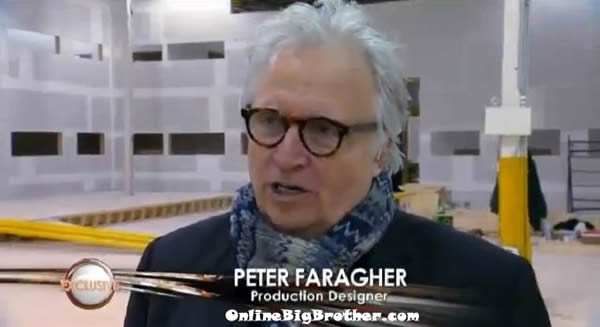 The premiere of the first season of Big Brother Canada is just around the corner with a tentative date set for February 18th, 2013. With the completion of the BB Canada casting calls the only other major item to finish is the house in which the house guests will live. Construction of the Big Brother Canada house has begun in a Mississauga, Ontario studio and we are now getting the very FIRST LOOK inside the house that 14 strangers will compete to win the $100,000 grand prize. Below is the video of Entertainment Tonight (ET) Canada giving us the first glimpse of the BB house and the progress of the construction. Much like the US version, the Big Brother Canada house is being built on set. The house guests will have an indoor backyard that will simulate the times of day through a “soft box” that will cast light and shadows to mimic the sun. I believe it will make the house guests time inside the house that much harder without fresh air ability to lay out and suntan but with a February start date the Ontario weather would still be too cold for that any ways. This backyard will be more like ABC’s The Glass House rather than the open air backyard that the Big Brother US house guests enjoy. In the video the Production Designer, Peter Faragher, describes the construction process and details about the house. In addition, to the details about the house we learn that just outside the house there is a large space set aside for the audience of the live shows. 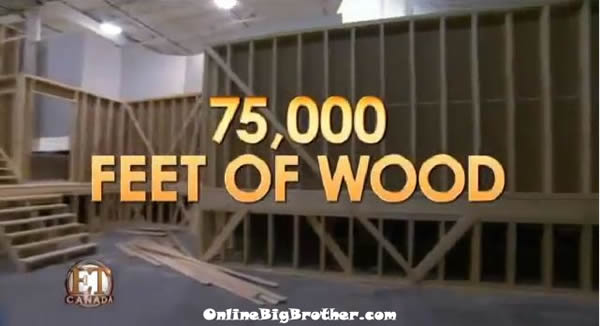 Here are a bunch more photos of the Big Brother Canada house while it is still under construction.

I have the app so I get notifications when there’s an update! Can’t wait to watch BB again :)

Hey Allie, Glad you are finding the app useful!!

I also have the App and received the notification. I’m curious as to why the notification displayed a 2. Is it representing the number of new posts or comments? Also can’t wait for BB Canada. I wish there was a way to watch it here in the US. At least we will have OBB to keep us entertained.

Just wanted everyone to know that OBB is all wired up for BB Canada so if your one of our US fans we got you covered!

Simon, I’m just across the border in Buffalo but I have DirectTV so I don’t get the Canadian channels. Do Canadian broadcast companies stream their shows online after the air date like CBS, NBC, or ABC? I’m very interested to see the Canadian version of the show I just hope I have a way of seeing it.

Bachelor Canada episodes were up on the networks website so i’m guessing there’s a good chance BB Canada will be available. If not we’ll probably have something rigged up this year to record the episodes.

I hope there is a twist that 2 U.S. former big brother alumni will play.

Did you guys hear Dani and Dom got engaged?
http://www.tumblr.com/tagged/dominele

Any clue if the show on the cable station BBC America

Hey Simon and Dawg, Just thought I’d give you a little news; Natalie Martinez BB11 just anounced on twitter that she is pregnant and the baby is due in August. Her twitter handle is@scrappynatalie

Thanks for the update Chessie_K thats great news

So … that would make the baby minus-5-years-old today?

Question.. would anyone like to hear a podcast for BB Canada from simon/dawg?

Simon I can’t think of anything I wouldn’t like hearing from you. But, as far as BB Canada, the only way I will hear it is from you. So, that is a yes! Hope all it well with you and Dawg. Miss ya!

I hope they stick to the American version of Big Brother…I’d hate to see it turn out to be like the UK’s. (Not my cup of tea.)

I would love to hear the podcast. SIMON or DAWG, will you guys be doing commentary for The Amazing Race Canada?

Where is the diary room? I would love to see it.

yes we heard those are engaged…. i cant wait for bbc to start

Crazy amounts of information .. thanks Captain

Showtime would be princes IF they aired a Canadian BB After Dark available to US subscribers.

To All Brenchel Fans: Don’t forget to watch Rachel and Brendon’s Wedding on TV, “My Fair Wedding” with David Tutera Saturday, December 15 at 9pmEST

I would of thought it was on the whaaa whaaa channel.

how can you watch bb canada in the USA? thx