Feeds come back after being down 12 hours+. Sounds like they got alcohol and everyone got plastered. If any of you remember BBCAn 1-2 AKA they would show these alcohol parties. It was the golden age for BBCAN.

Dre is in the bathroom saying that William and Kevin are in the HOH together for the night. She says she might be on the block (LOL likely)
Demetres says she’s not going on the block. Adds that William got a little bit drunk tonight.
Dre is worried because William was drunk and know her targets are Bruno and kevin.
Dre – who’s to say he’s not spilling that out right now.. Who’s to say he’s not saying I’m working with Demetres Ika 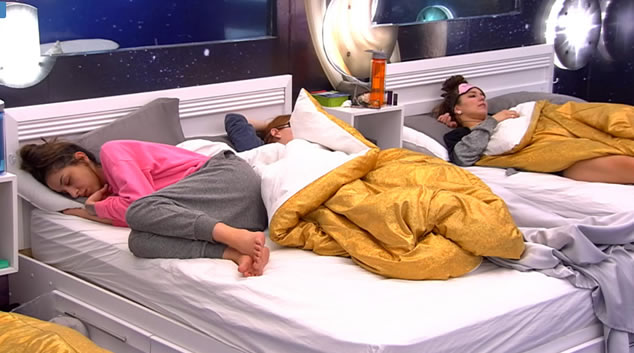 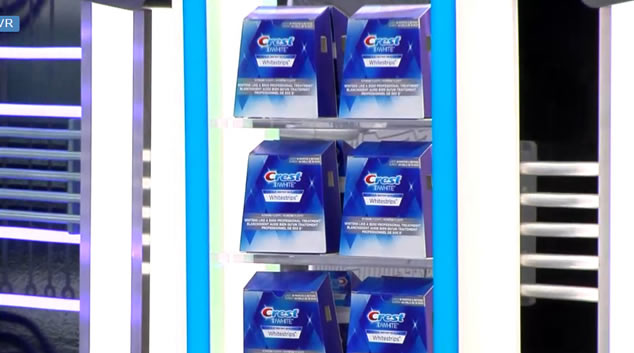 11:35pm Demetres bringing up what I suspect is a puke bucket for Ika.

Kevin says he’s a little bit of a villain and so is Dre and Dillon.
They mention how the fans sounded mad when Gary was evicted and were happy when Neda got out of the HOH.
Kevin says he’s on the side that isn’t liked.
William – they like the underdogs

Kevin asks him how close was his side to flipping the Cassandra vote.
William says they weren’t that close.
Kevin says it was Sindy that nominated William and Dre
Kevin and William share the people their side nominated.

William says he won’t put up his own people. Kevin says there’s 7 people on his side one of those people will go they will be down to 6.
Kevin – Bruno’s my buddy I can’t lie about that..
William says it’s the same with him and Dre
They suspect Jackie will flip back to William’s side now.

11:43pm Demetres and Bruno
Bruno says Ika said something about Jackie being a peasant.
You can over hear Big Brother telling the HOH to turn down their music volume.
Demetres – that’s like the 5th time I’ve heard that. Bruno and Demetres agree production will take it away.
Demetres – if he (William) does what he says .. this is even better. Bruno – its huge. Demetres – especially if its going to be a.. Bruno – double (double eviction). But you know what I was thinking? He was already in the diary room for a bit. Demetres – you think he already did noms? Bruno – he could have done noms.. Big Brother – please stop talking about production. Bruno – he might have. Demetres – I think we got in his ear pretty fast. Bruno – I think he is a lot smarter and better than people give him credit for. But he’s winning sh*t.

12:15am Kevin and Dillon
Dillon – I just want to make it to jury man. Kevin – we’re going to make it much farther than that. We’re not going first week jury, second week jury, third week jury … we’re going deep.. okay!? He’s obviously listening to Dre and that side of the house.. the Ika and the Demetres.. they have more say in him than I do at the moment. But if somehow I can keep you and Bruno off the block.. Dillon – I feel like that’s not true. I feel like you have more play. Pimp yourself out..
Kevin – I have morals too though.. Dillon – quit that moral bullsh*t.
Kevin – I can’t, as long as Jackie is gone. Dillon – I’m kidding. Kevin – but I’m not pushing it too hard either. Dillon – yeah .. don’t make the flower disappear. Keep the flower blooming. Kevin – because he wants to bang. Kevin – okay, I have to get back up there now. Dillon – you get’em tiger. Kevin – the first name he threw out was Jackie.

HOH room – Kevin & William. William – do you know who I should put up on your side? Kevin – its totally up to you. William – yeah I know you would not say it to me. That was a stupid question of me. Kevin – so there’s 7 of us on this side .. Neda is immune. Dillon, Emily, Jackie, me and Bruno, Sindy. Take your pick. William – you’ll see tomorrow.

Holy hell, I am so glad that William won HOH, I am ready for Bruno to go home!!!!! His attitude sucks!

I just hope that Ika and Demeteres are safe this week!

Starting to look like Jackie may be the target this week.

Possibly Emily or Dillon as well.. might be a snooze week.

pathetic
no one thinks for themselves
c’mon Ika

we;; if wasnt neda safety we all know be on the block!

Such a tragic group of players

Neda’s such a BI$&?!!!!
I can’t wait until the BBCAN door slaps her in the ass on the way out! Bruno, Kevin, Dillon and Emily you’ll all follow suit!

Feeling like the late night drunkenness didn’t really do much to change the game… so far.
Kevin is pushing forward the plan to get rid of Jackie that he mentioned during the trainwreck dumpster fire alliance meeting yesterday. He’s revealed Sindy is the vote for William last week to give her a bit of profile to remove her invisibility and trustworthiness to William having noticed Sindy and Dre and Ika are becoming higher profile. In doing so he’s also built trust by revealing a non secret. He’s possibly saved himself and Bruno from the block this week. Of course, this all happens now, before “along came Ika.” We know Ika is going to have an opinion, and will throw the mother of all tantrums if her edict isn’t followed.
For William’s part he’s revealed how the other side voted, and that he voted for Bruno. So now they have dirt on each other, the trust game begins. I get the feeling that William will be receptive to keeping Kevin safe, and will look at Bruno as being Kevin’s Dre. Part of me thinks that will keep both safe from initial nominations.
My gut was saying Bruno Dillon as noms when i saw that William had won. I get the feeling the noms will be Dillon Jackie at this point. but who knows… we’ve yet to have an “along came Ika” (you know the just as bad as Neda for being a pushy egomaniac, but is getting an outrageously white washed edit). William has said twice he doesn’t want to cause an uproar in the house. Easiest targets then are Dillon and Jackie, might even appease Ika.

Kevin is repulsive, morals my arse, this guy is romancing a gay man as strategy, who does that.

This week is going to be horrible if William does not see what Kevin is doing to him and he nominates the Newbies instead of The Veterans.
Targetting Jackie, Emily or Dillon is a waste. William needs to put Kevin and Bruno on the block… but this is obviously not going to happen.

Neda is such a bitch man. She’s kinda cocky, she has people wrapped around her finger, she’s manipulative and she has an expressive face. You know who that kinda sounds like…Dr.Will. But he gets praised for having all those qualities (not to mention how he openly played women).. but i mean he has a penis so who cares right? You the man Will!!
BURN IN HELL NEDA!!

“She beat me
straight up
pay that woman her BB Crown”

Neda getting immunity was terrible for a reputation. As well as her going against Gary since production fn loves Gary. Hopefully she can turn it around. I feel horrible that shes getting so much shit thrown at her for making faces and responding to people that come at her. But someone like Ika who legit shits on someone everyday get praised.

Ika does not look down when talking to you, she does it behind their backs
Neda is a fourflusher but most of the others do not see it.

Can’t stand Neda she’s always snarling and bitching at everyone, always rolling her eyes at others, what a fuckin cu*t.
She wasn’t like that on season 2, she was actually likeable and nice. I guess power went to her head.

Haha! I said earlier that I couldn’t help but get annoyed by horsy and attack her appearance in my mind because she was getting me more and more upset with her. In last night’s episode she was on fire being a b!tch. Yep: she’s the gift that keeps on giving and the audience cheer for her elimination from HOH comp was awesome. Not liked. Bad attitude. She’s so dumb. But Arissa did say that getting the free ride into jury could be a blessing or a curse in disguise. Well, as it’s always the case with reality shows (and especially Big Brother), it was a curse. Now, I really hope there’s some explanation on the next episode as to why the follower – AKA Demetres – chose to keep Dre. Girl does nothing. And William better be smart and get rid of vets. It would be wonderful if he could see Kevin’s true colors. It’d be the blindside of the season. Although I wish Bruno was ejected from the house.

P.S.- It’s worth mentioning Emilly —ZZZZZZZ— saying that Cassandra was the villain of the season. Girl, get a grip or DIF!

Is Kevin gay? He was hugging Gary a lot and now that William is HOH Kevin is in bed with William?

seems your not a sailor
don’t ask until you know

If the other side wants Bruno out they will need to put up either Dillion or Emily next to him. It keeps both of them from keeping him and we all know they will never vote each out.

William is almost cancelled. He is blinded by his crush on Kevin ever since he saw him on season 3. And i was hoping for William to turn on Kevin at some point because of all the info he has that kevin is using him. He knows this from several people telling him, and he has seen him with Gary. Dre was right to be worried about William spilling info tonight. He has done it before. But dre is just not playing Big Brother at all, she will just do what Ika says – it pains me that we lost Gary when he was just about to fire up… ;(

neda on the block!

if wasnt neda safety we all know bre on the block!

Neda can no longer win the game because of this twist given to her. As soon as she got that power, Neda has become way too cocky plus the way she acted terrible to Cass and Gary. She’ll be eliminated first week or second week jury. It’s very unfortunate.