Gary and Dre are still on the block. Demetres is HOH and gets the only vote to evict tonight. 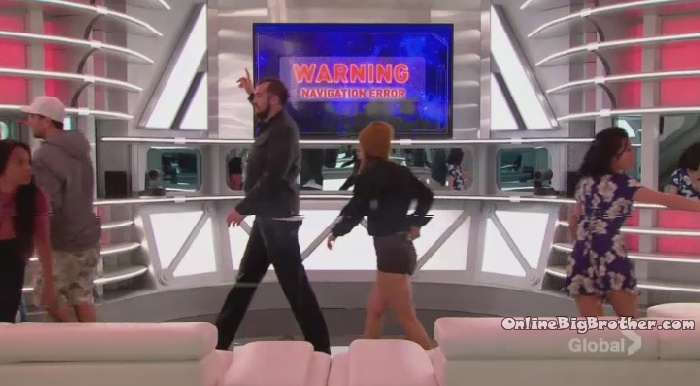 An alarm goes off and they are all called to the living room, the odyssey has been space jacked. They need look around the house for clues and then use the Odyssey computer to find out who is behind it. 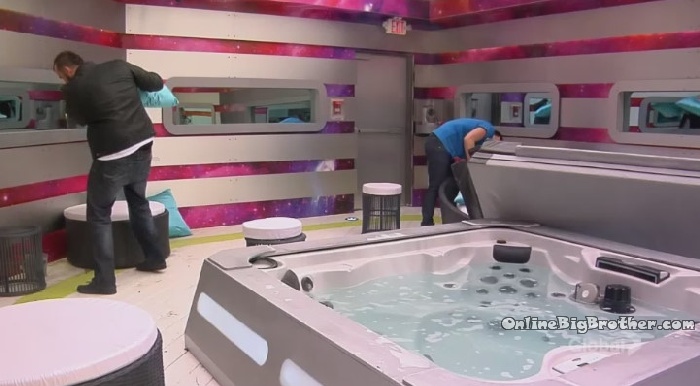 
Demetres and Dre get the next 2,
Kevin finds the final clue.

They enter the code and realize that CS20 means Cassandra was behind the hijacking.

Neda is not impressed at all.

Gary is voted out 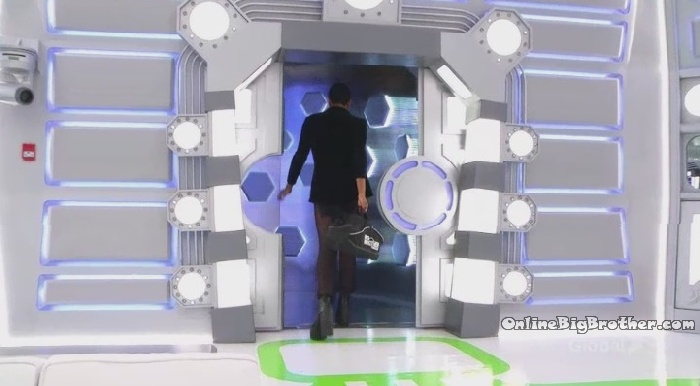 The night is constantly interrupted by videos from Mark, Dallas and Cassandra, the HOH challenge will ask questions about these videos. 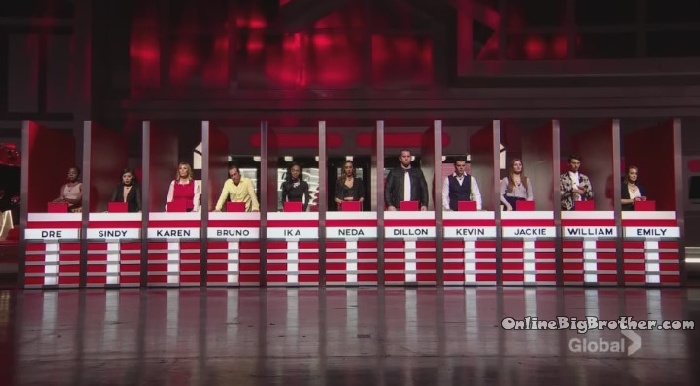 Demetre as current HOH does not compete.
The HGs have to answer questions related to the videos that played throughout the night.
All answers will be either A or B

Q1. Where was Dallas when he was lying in bed? A) St. John’s, Nfld or B) St. John, New Brunswick
Q2. How many berries were on the plate in Cass’s video from LA? A) 4 or B) 5 Ika Eliminated
Q3. Which location had the coldest temperature? A) St. John’s, New Brunswick or B) Winnipeg, Manitoba
Q4. How many videos were within Canada? A) 4 or B) 5 Neda Eliminated
Q5. In total, how many videos showed that it was warmer than 15 deg Celsius? A)5 or B)6
Karen, Kevin and Dre Eliminated
Tie Breaker
Whoever guesses the number closest without going over wins HOH

A good time to get in an alliance with Neda, William! You have power and she will want to work with you. A true power couple!!

I hate Neda. In her first season she was not the brains; Jon Pardy was the brains and he dumped her sorry ass to go all the way. Neda is insufferable and if the house guests had any brains they would dump her right after she loses her immunity.

I’m over Neda and her attitude. I cant wait until her powertrip comes to an end so she can go home

If Cassandra was the villain of the show, Neda is Satan herself

Noms should have been Bruno, Kevin or Sindy break up that alliance stupid move on Williams part