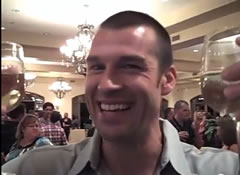 Reality Rally took place last weekend in Temecula Valley Southern California it featured an butt load of Past Big Brother Players. Reality Rally is a charity event that has past reality stars compete in a game much like The Amazing Race. In this version the teams race throughout a city doing crazy activities, winning cash prizes, and fundraising for a charoty. This year was the first time for the event and from the sounds of it it was a success. The chosen charity was Michelle’s Place Breast Cancer resource centre. https://www.realityrally.com

I’m not here to make friends was at the Reality Rally this weekend and brought back some videos featuring BIG BROTHER players.

Theres still a bunch of BB13 Casting Calls So if your interested to be on BIG BROTHER 13 What you need at the Casting Call is a filled out Application Form, Identification and 2 photos one face one body.

I can’t wait for this season! I LOVE this website, use it every year. I really cannot wait for BB13

Thanks Jordan, I’m looking forward to BB13 as well