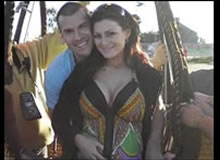 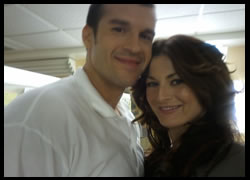 Past Big Brother “super star” Brendon Villages has had a busy last 12 months. After his Big Brother Showmance has turned into a regular off show romance.

1) Was one of 13 players on Big Brother 12, he was the 4th Big Brother Jury member
2) A week after the show ended he started work on his Phd at UCLA
3) Started jerking off in front of some dude for all the internets to enjoy
5) Started cameo appearances on Bold & the Beautiful
6) Proposed to his BB12 love interest Rachel Reilly, a move that shocked many who thought they would last seconds after BIG BROTHER ended
7) Entered a contest with crate&Barrell to have them pay for him and Rachel Reilly’s Dream wedding. 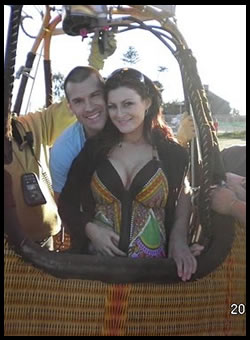 So whats next for the “n ai – ae n d uh r – T AW L ” in a recent interview with Carey Parrish (theouterview.com/Features1.html) we learn some new tidbits about what Brendon thought of Big Brother and if he would come back for Big Brother 13 .

Since the show ended Brendon has been working at UCLA on his Phd in Biomedical Physics the program takes 4 to 5 years to complete. While on Big Brother, Brendon was involved in a showmance with the Vegas Cocktail Waitress Rachel Reilly. It was commonly thought during Big Brother 12 that the showmance would not last after the show had ended. Proving many wrong Brendon proposed to Rachel Reilly on Valentines day while on a hot air balloon ride. After their engagement Brendon and Rachel entered the Ultimate Wedding competition sponsored by Crate and Barrel. The winners get $100,000 for their dream wedding. He says that their wedding date is based on the contest results if they win it’ll be early September 2011 or Next Summer (I assume he means 2011) if they don’t win he doesn’t say when the wedding will be.

Early in BB12 most of the hosueguests did not get along with Brendon and Rachel, once the showmance known as BRENCHEL was born there was a synergistic reaction of hate and loathing from the other houguests. Now most people that watched the feeds as much as we did her at OBB (Big Brother 13 Spoilers) know why Brendon/Rachel were disliked by almost everyone but lets see what Brendon thinks.

“Initially I think it was the alpha male testosterone thing. The group didn’t want me there because I’m a physical and mental competitor. “.. “It felt unfair to me that the others wanted me out so badly but that’s the game.”

They [other houseguests] went above and beyond on the meanness. There was this real mob mentality toward us after
week two. That was really hard on Rachel. When the show aired, the editing showed only what the producers wanted
viewers to see. Rachel has such a beautiful spirit and she’s really a very kind person. It was hard for me to watch the way
she was portrayed. Especially when I think of someone like Brittany, I knew she was really not a nice girl, and Rachel didn’t want me to talk badly about her or anyone else.

When asked if he would be on Big Brother again (BB13, BB14) he says that even though the contest is mentally grueling and he’s very committed to science at the moment he would not rule it out.
“I love the game but I also hate it for all the same reasons. It’s very, very mentally exhausting to be in that house for so long and it was hard to walk away with virtually nothing. Maybe if the players were more evenly matched, and there were other couples included, I’d definitely think about it if I was asked.”

Brendon says his hobbies are, Matathons, outdoors and science. When asked where his favorite place he replies “Wherever Rachel is. I always have my best times when I’m with her. She’s my best friend. I’d never been really good at relationships until I met her. I guess it just takes finding the right person.”

The first BB13 Casting Calls coming up this Saturday so if your in the LA and think you would give us BB fans some excitement go apply.

Rachel looks horrible in that pic! Brendon is a wussy. He could do so much better but I am afraid that he is emotionally and socially stunted.