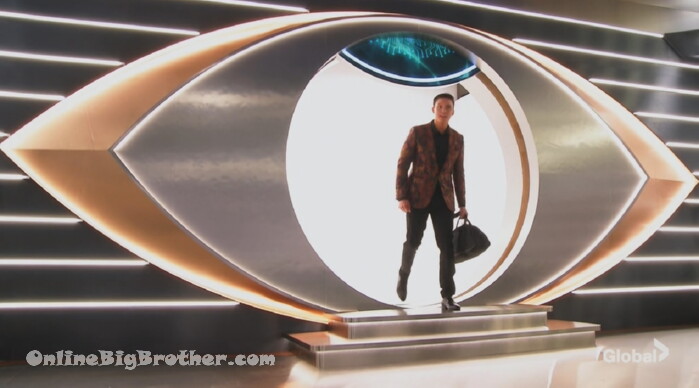 Feeds start tomorrow for now we got never ending twists.. 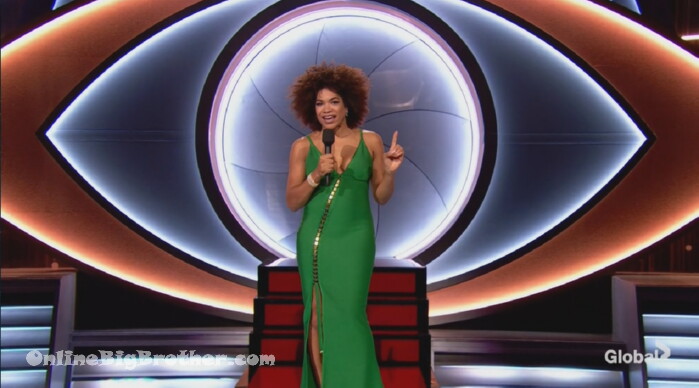 This year is all about top secrets, epic espionage, and undercover missions.

Damien Ketlo enters the house as the first agent. Gets to go into the house first and do some “Snooping around” He can’t tell anyone and Canada choice him for a reason because there’s something in the house for him to find. 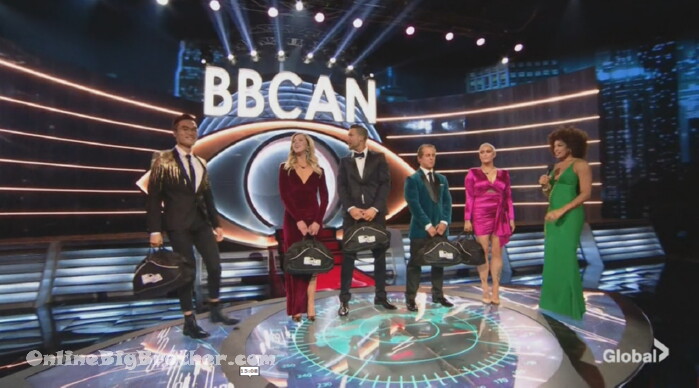 In comes the first batch…

The Third Batch which includes Damien. 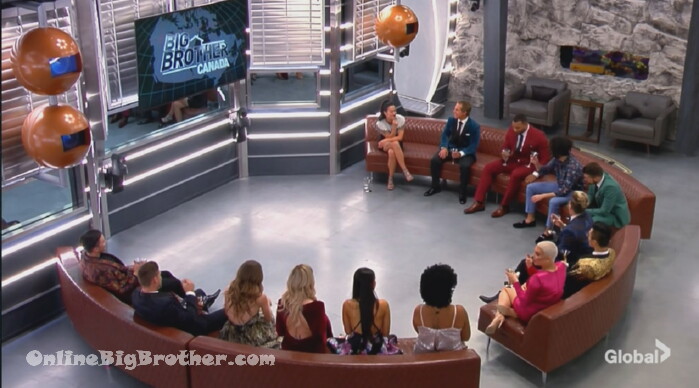 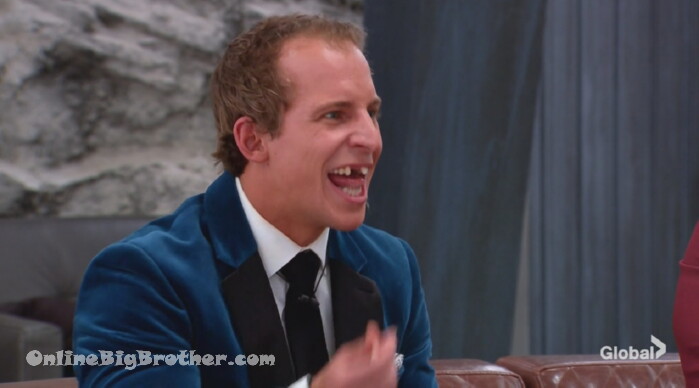 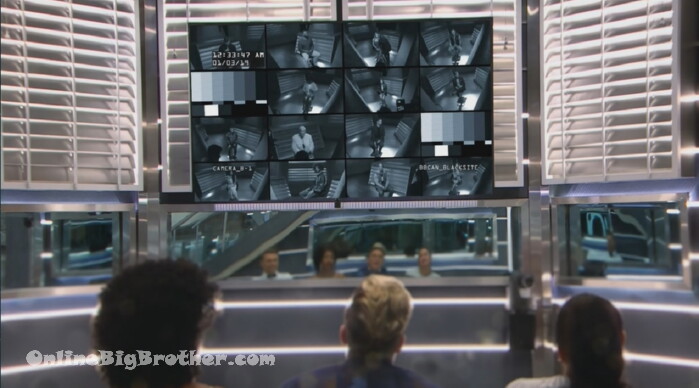 Arisa tells them there’s a big brother “breach” Before entering the house the house guests were asked one thing they didn’t want the other houseguests to know about them. Well BBCAN tells everyone their “weak Spots” Real game changing weak spots. 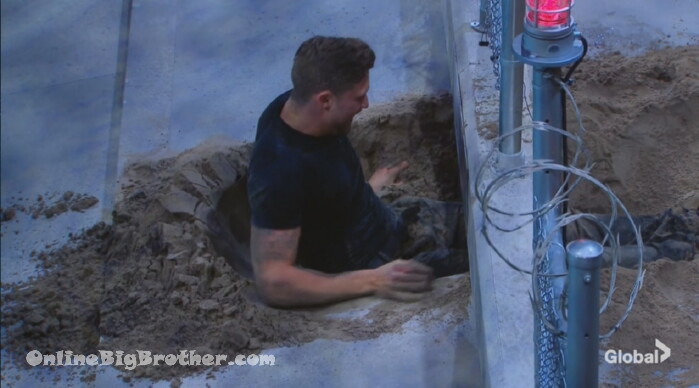 Adam is the first one to dig out. 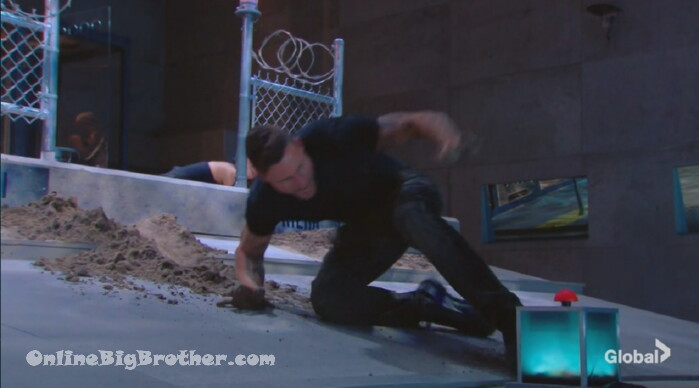 Adam wins first Head of Household of the season.

Seems to be a good first episode. No one is really standing out yet as a favorite. At least 3 to 4 houseguests that I won’t be rooting for. The 2 women that we get to vote for a chance to enter the game both seem unlikeable/difficult lol! But that’s just me! What do y’all think so far?! Big Brother Canada and US are my favs. Really excited about season 7!! Can’t wait till feeds start!!!

BBCAN tweeted this morning that feeds will start up after tonight’s show. We’ll be doing nightly recaps of the feeds to start. It’ll be casual coverage focusing on the important conversation. We live on the west coast posts and BBCAN is filmed on the east coast. BBUS is the only show we’re dedicating 24/7 sleep at your desk coverage. With that all said I’m expecting there to be days with lotsa coverage and days with little depending on how bad real life wants to screw with BB life :)

Here’s my episode 1 impressions. (I’ve only seen the first episode so that is what I am going by). I like a lot of this cast so far it’ll be sad seeing their games get ruined by twists.

I laughed so hard when Kyra was caught saying they were a beast then was like “I’m not really a beast” HAHAH maybe a early favorite. my type of humour.

Dane was funny like so many buds I’ve known in my days wasn’t expecting to like him at first. Liking Damien as well a good all round Canadian boy. Some of those girls WOW! Chelsea! Estefania! Maki seems to be a little forced for me. The Psychic is MEH how is that even a thing? Eddie! EDDIE! could be a break away hit or the next BBCAN1 chicken strip man. I’m really hoping this guy becomes the ultimate villain.

Whats the deal with Mark and his religion.. do people really care? Seems that their making it out more than it is. Adam is like every guy I see at the gym that works in the oil patch. Probably drives a truck with a lift kit, says f** a lot and makes more money than everyone in the room by pumping poison.

Guy From Canada
Reply to  Simon

Dihydromonoxide is so lethal, true fact!

Wow! So you will be the first to stop using them? I have followed this site for years but can not any more. Thank you for all the past enjoyment you & Dawg have brought to the BB games.

:( Sorry you took such offense by what I said. Maybe we’ll win you back another time.

I have never followed BBCAN before, but am excited to do so. It will be interesting see the difference.

I’ve had a LOVE hate relationship with BBCAN.
Things I like: Cast, Cast, The absence of the Social Justice wars by the fandom on Social media
Things I don’t like: Twists, Twists, Twists

These damn twists screw over some good players.

Season 1 We lost Aneal who got screwed over after the twist that saved Suzette. He had saved himself thru classic gameplay of game talks with the HoH and instead we were left with Suzette who had No Game! and had even called the HoH “a F**ing redneck”!

Season 2 Andrew and the First Five alliance were screwed over after dominating the game. The twist shift the power to the other side of the house, and thats where it stayed. Arlie jumped ship and remaining First Five couldnt recover.

Season 3 A lot of players were screwed over by several twists, but the main one was Naeha. Production thought it would be funny for Kevin to make his noms in secret soon after winning the HoH and no veto comp.

Season 4 Mitch the Snitch got screwed after the fake eviction twist where Kelsey could spy on Mitch’s game.

Season 6 We lost Erica to the twist that saved Ryan, The trade off was we got to watch Ryan in the house ANOTHER week on the block begging to stay.

Season 3 also had that power come out from the havenots room.
Season 1 dropped a player back in near the end of the game.

Someone should really build a formal list of all the time BBCAN destroyed perfectly fine players games for Twisto Twists.

Ya season 1 bringing Gary back, Andrew was screwed out of his final 4 spot. Thankfully we had Topaz spaz out during Finale! lol

no problem. i stopped watching five and 6 somewhere just over the half way mark, so i’d actually have to do a search for those ones.

NoMoreTwistsPlz
Reply to  another name

oh ya the infamous Butt Veto!

No, i just don’t like seeing game altering twists that end up screwing over some good players.

There’s been plenty of benign twists over the years that spice it up , but any twist that introduces power, like an extra veto, immunity or taking power away from the HoH, etc. tend to screw over good players when used.

Last BBCAN season was a great example with what happen to Erica, she was a strong player in comps, strategy, and social. Production’s twist that screwed her over just made the other Houseguest’s game easier and the trade off was to watch Ryan on the block again for the second week in a row begging to stay.

BBUS has gotten out of control with game altering twists, thankfully last summer most were nullified by great gameplay.

I hate these gender specific alliances. I hope Adam and his minions bite the dust sooner than later.

Same .. Other than the ballsmashers of course ;)

funny how people hate twuists in the game!sure would would be borting plain old game with doing nothing!

I find the seasons with the least twist the most exciting.

blood from bb uk so how much blood do people ge on there hands!

anyone else seen the spoilers for tonight’s episode? They wouldn’t have spoilers if they didn’t film eviction episodes ahead of time in front of a live audience instead of actually filming live, but as long as they do we’re going to get spoilers.
I won’t out the main points just in case it’s a no spoil zone, but the task for the 15th person voted in is potentially a strategic quagmire.

Spoil away! I know laura got evicted.

short list noms if sources correct for all following: keira, eddie, damian, laura.
noms: damian and laura. damian because he said his gf applied for him. laura for suggesting samantha as a nom.
laura evicted unanimously.
adam, dane, mark and anthony are an alliance. possibly the prettyboys. insert ‘good thing ur pretty comments here.’
sam / adam have some tie to each other (side deal or showmance or previous connection… unknown).
cory (the teacher?) won viewer vote. the house isn’t pleased there’s a new hg. hg’s saw holly and cory with arisa. sam says she knows holly from home.
in order to stay in the game, cory has to make three final 2 deals in the next 24 hours.
again. if sources (2) correct.

thanks! 2 final 2 deals sounds a tough.

another name
Reply to  blood money

that would be a surprise to Laura. someone at taping said she was giving away wigs an makeup she wouldn’t be needing anymore.

what i’m getting from the first hour of feeds: they’ve already bad 80’s movie cliqued up. brolliance with their head cheerleaders. now they’re trying to figure out who has a real crush on who… is this what kraken is for?