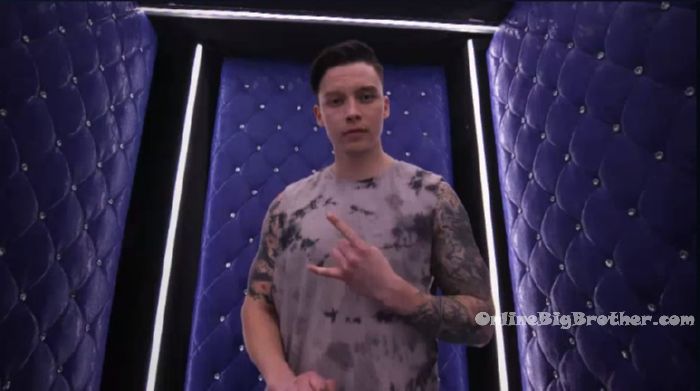 The Big Brother Canada 7 premiere is coming up quick with the first episode airing on March 6th! The all new cast of house guests have already moved into the newly redesigned house and the game has already begun! Canada voted on which house guest would receive Top Level Clearance

Even though the premiere hasn’t aired yet and the live feeds haven’t started, the spoilers are already out on who Canada voted to receive the top level clearance.
BIG THANK YOU to hamsterwatch for the spoiler info below!

– He got to watch the first two groups of house guests enter the BBCan7 house and then he joined the 3rd group.

– Its between a teacher & a security guard

Want to support this site without it costing you anything?! Make your Amazon purchases through the links below:

Interesting that of all people, Damien won. Dane seems to be the pre-season fan favourite.
So stocked for this season!! And so happy obb is back!!

Interesting group of personalities but Toothless Shlebb must go – I’m sick of him already!

when do feeds start?

I think they start tomorrow night.

Bust out the Kraken

premiere thoughts:
oh good they didn’t waste 20-40 extra minutes of the episode with damian trying to find the secret room. That must have been murder for the people watching the taping.
overall cast thought: not feeling a lot of them. hopefully they are more interesting then their production approved bios. median age of about 27, and all the dudebros look like they got the same sleeve. pleeeease be more interesting than first impressions.
dear psychic: you don’t have to tell everyone you are the older house guest, the premiere costuming department took care of that. I think all four golden girls wore that on the same episode once. If you are going to try to pass yourself as an esthitician… learn the term because nobody is fooled by waxologist. don’t unpack.
Oh look, the alphamale dudebro super alliance to power through and own the season trope has sprung up less than 30 minutes into episode one. first showmance that rears it’s head and those plans will change. heck, first comp that involves multiple choice questions will change those plans.
at least this time, because of the spy twist and the five minute superfluous black and white spy schtick intro video, they didn’t have enough time to make one person’s premiere d/r inclusion so prevalent that it was obvious who the season winner was going to be (coughcough season six). guess i’ll have to wait until episode two to predict the pecking order.

forgot…. so the 15th we vote in has to complete a task or they leave the next day?
oh… tell me it’s not kaitlyn’s puzzle.

Simon, what did you think of Mackie’s Bio ? …. Be the water bottle, be the tea cup !! LMAO The guy is a hippie trip. I am loving him as one of my early favourite’s personality wise.