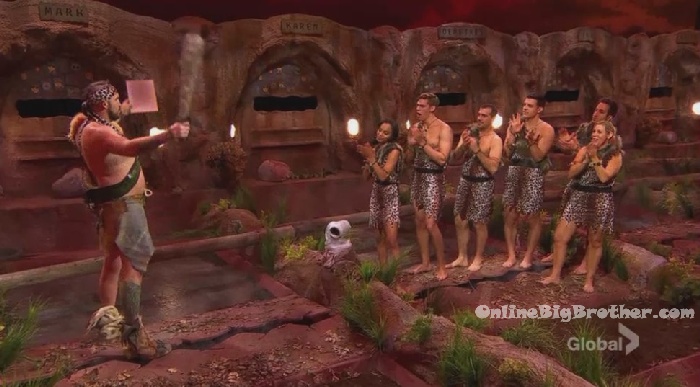 Last week Karen won the HOH competition. Jackie and Karen have a discussion about who she will nominate. Karen mentions Neda and Bruno as possible targets.

Cassandra, Ika, Sindy talk about keeping the vets together and knock out the newbies. 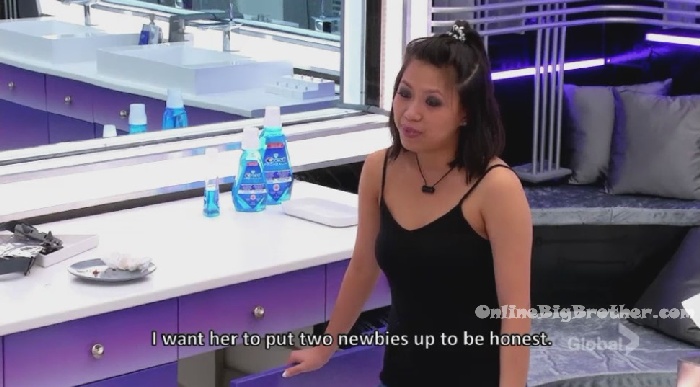 Karen shows off her HOH room, gets a letter from her husband, then it’s back to the game. Sindy talks to Karen, to try and convince her to put up newbies. Karen suggests brains or muscle.

Bruno, Sindy and Kevin form the menage a trois alliance. 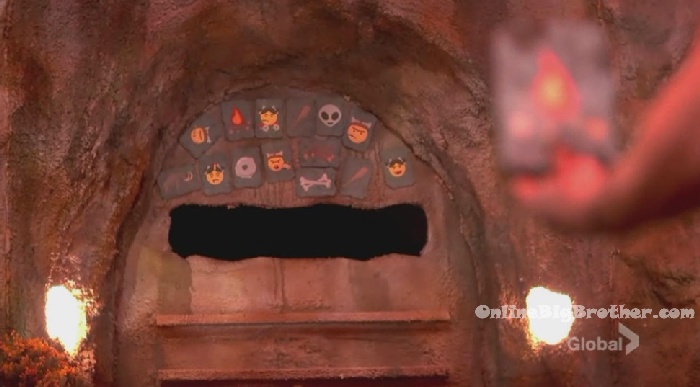 Players have to jump into cold muddy water under a log with a boulder attached to their leg. They have to dig up 14 emoji tiles. And place them on a board with matching tiles.

Bruno wins POV and decided to keep the nominations as is.

Gary and Cassandra find out they aren’t included with the vets votes when Sindy reveals that they are the only 2 vets voting for Mark. Gary walks off to talk to Ika to see if what Sindy told them is true. Ika reads Sindy the riot act and tells her not to speak for her and tells her that Sindy talks to much. 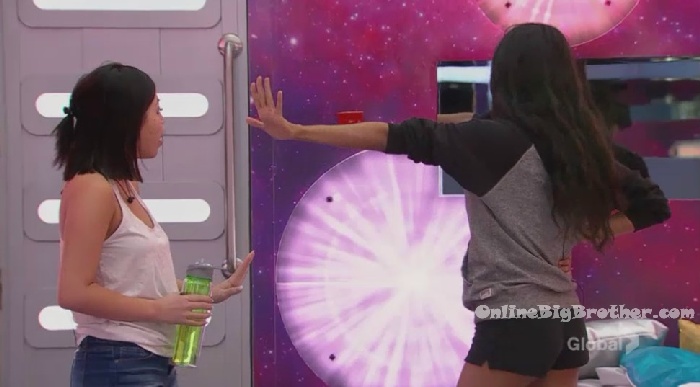 Demetres and Mark both give their speaches

The Timewarp Shockwave is announced. Canada Voted for Neda. She is safe until the Jury! Unheard of!!