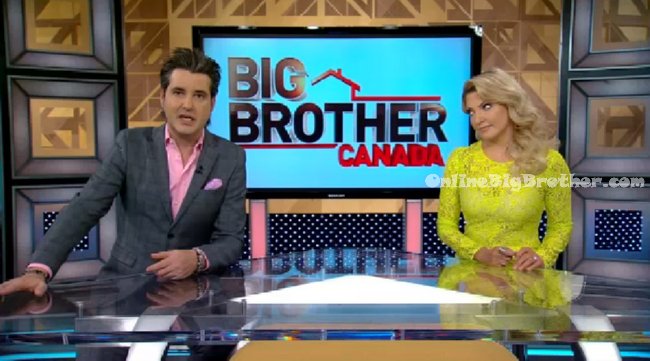 The première for Brother Canada 3 has just been confirmed on a recent episode of ET Canada. It was speculated that the third season would have a similar start date as the two previous seasons of around the beginning of March, but it has now been revealed that we’ll have to wait a little longer for our winter pleasure. In fact it can now be renamed our spring pleasure as the new première date is scheduled for March 23, 2015! Sadly we’ll have to wait an additional 3 weeks for Big Brother Canada 3 to start.

In the video clip Roz Weston of ET Canada introduces Gary Levy from a very secret location. (Gary Levy is a Big Brother Canada 1 house guest & co-host of the Big Brother Side Show) While inside the backyard of the Big Brother Canada house Gary announces that the première of season 3 will air on the Global Network March 23. He states that the house is still under construction so he can’t show us it just yet. He also announces the episode schedule. “There is going to be huge drama 3 nights a week – Monday, Wednesday and Sundays!” 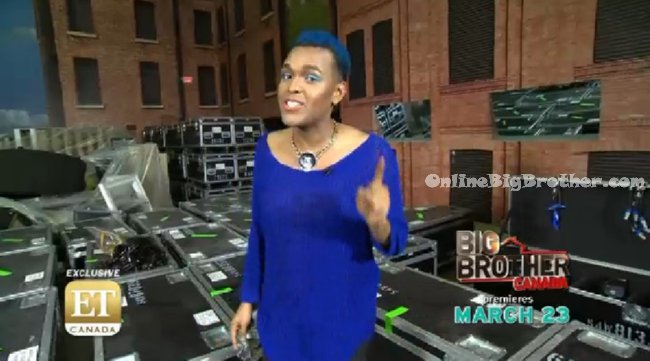 Well that’s a bummer… it better be worth the extra wait.

WOW awesome news.. a bit off our guesstimate last week though…

So Gary is still in the old BB house. Same backyard backdrop – nothing interesting there to see.

And they’re hyping something happening three times a weeks which is … just when the normal show is on – so nothing interesting there either.

But at least we find out that BBC3 is scheduled three weeks later which … actually isn’t good news at all.

Dear Dawg/Simon,
When I tried to use your Amazon link for the U.S. in December it refused to take me to Amazon (all the other times previous it worked), so I ended up purchasing w/o the link but I had to quickly – procrastination & all.
Is the ad on this page in fact the link for U.S.?(Ad above the “If shopping in Canada…)
Thanx & sorry for my confusion :{

HI Lost Amazon Link, The big banner ad on the right of the site (Ad above the “If shopping in Canada…) is the amazon link.

Thanks for the support!

Razza-frazza…didn’t want to wait that long. Sigh, oh well…at least it gives Simon and Dawg a few more weeks to spend with their loved ones before they’re back to 24-hour- (gold-digging, back-stabbing, lie-telling, pinky-swearing, alliance-making, alliance-breaking, shameless-flirting, partner-cheating, production-interfering, HOH-ass-kissing, bullies-ganging, emotional-manipulating, petty-bitching, self-promoting, condiment-tossing) live-feeds-watching duty for the next three months. Speaking of which, do you know what the status is with the live-feeds yet this year, Simon/Dawg? Will they still be free on the new channel? Thanks…hope your time off was full of rest…I’m sure you guys are going to need it.

We haven’t heard anything offical about the live feeds. My gut tells me it’ll be the same as last year, maybe more ads that seems to be the trend.

wow, so no down time between the end of bb ca and the start of bb us.