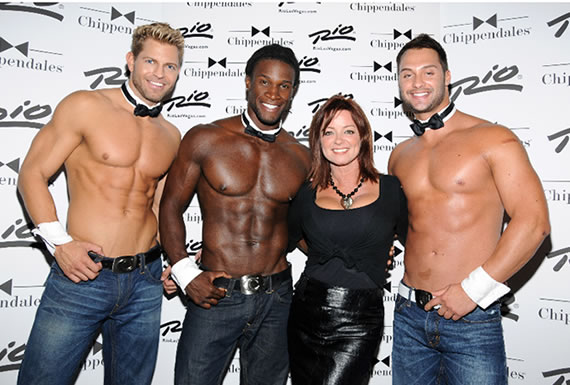 Remember Sheila From Big Brother 9? Sheila came in Third during her season and During a penalty POV was Chained to now Prison inmate Adam Jasinsks. Who used his Big Brother 9 Winnings to start a oxycodone smuggling ring with fellow BB9 player and now Prison Inmate/blogger Matt MacDonald

Named “Best Male Strip Show in Las Vegas 2011” by the Las Vegas Review Journal, Chippendales has earned the reputation as the premier, high-energy male revue, featuring a cast of 10 magnificently sexy men. Capturing the perfect balance of sex appeal and tasteful teasing, the show’s steamy vignettes portray everything from men in uniform to dusty cowboys as the men perform and play out multiple fantasies in a full production show – there is guaranteed to be something for every woman.

Big Brother 14 Is a go, Application and rules are available, Open Casting should be announced early in the new year.

Captain, I’m sure Rachel would of evicted Jeff because JJ were going to take Rachel to the final 3 if it wasn’t Kalia, Shelly, or Porsche that
evicted Jeff. There wasn’t anyway Jeff would have won because Jordan couldn’t win any competitions unless Brendon was still there.
Sorry Simon, there isn’t anything interesting about Sheila being a guest host of the Chippendale’s unless it was Porsche or Jordan.

Just wait till I will finish the updates.

Wow Shelia, How you do that? Charming. How old are you? They look like your the Mom of three guys!!!! Sorry Adam, Enjoy Prison!!!!

Kevins, I will Re-update later. As right now, I’m looking forward the stats so that Next Year All-Star 2 or Original will be part of it. So relax and don’t worry about everything.

Thanks Captain for all of the hard work you went to in bringing us this information. It has been a lot of fun visiting the sites. My son has never seen the wonderful evil Dr. Will and Mike Boogie”s telephone skits, he would like to buy their season, do you know where the BB seasons can be bought????

I totally agree with Kevins, Sheila was a BORING choice to host a Las Vegas male revue. Now perhaps if Porsche or Rachel were doing it while half drunk, that would be fun to see (especially if Brendon was sitting in the front row fuming at watching Rachel’s drunk antics with the naked boys) But, Sheila was as big a BB loser as this years Adam or Shelly! Where on earth did they dig her up from? And Why?

Kudos to Shelly for her turning a negative situation into a good one. She is starting an anti bullying campaign according to TMZ. Way better, IMO, than hanging with Chippendale’s guys.