CBS released a couple of Big Brother 14 Promotional pictures of the host Julie Chen. With Big Brother 14 just around the corner we are excited that more and more photos and information is being released about the 14th season. The Big Brother 14 première date is now just 3 weeks away and we will soon learn more about this seasons theme and cast members. It’s exciting that it was just released in the newest Big Brother 2012 commercial that this season will have more house guests than ever before including 4 HUGE surprises.

At this time Every year during the pre-season SuperPass offers an incredible EARLY BIRD 25% OFF discount for the Big Brother Live Feeds, which works out to ONLY $10 per month to watch the entire season. The limited time offer is only valid until July 11th, the day before the première on July 12th, 2012. You know this is going to be another amazing season so why not sign up now and save a little money.

Why get your Live Feeds from Onlinebigbrother.com

Every Big Brother website selling the live feeds offers the same deal, so why not support the site that you enjoy by purchasing your live feeds with them.
Simon and I work 24/7 to keep you updated  the entire season so that you know exactly what’s happening as it happens. It makes it so much easier for you to then use the Flashback feature and re-watch all the drama.  If you like our Big Brother content buy your feeds from us and help support this blogs.

Sign up by clicking the Big Brother Early Bird offer below: 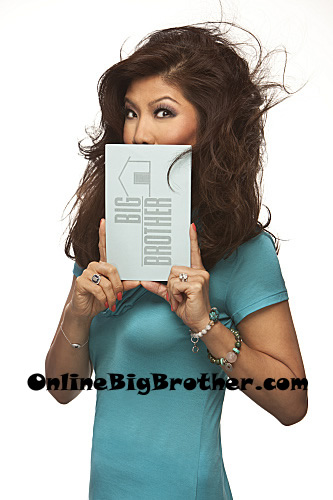 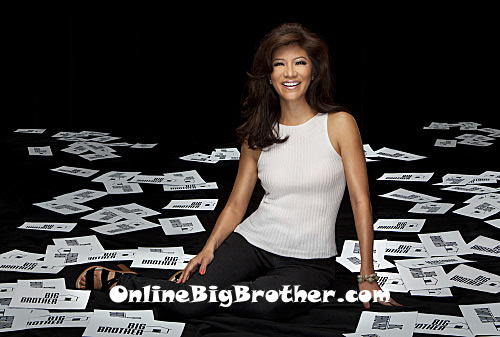 Don’t forget to download our FREE OnlineBigBrother.com Big Brother iPhone and Android apps. They are 100% free, all the best spoilers right away on your phone. Notifications, Thousands of screen captures, HOH, POV, Nominations everything that is on this site now on your phone.

If we sign up through you do we cancel it when it’s done with Superpass or you?

Hi Kaleb, When you cancel it’s done through superpass.

What would make you not watch Big Brother 14?

I will watch unless they bring back vets again, especially Brenchel and JJ. Actually I was thinking the only scenario with vets that I might like would be 4 teams of 4 players plus a vet as a team leader. If all of the players on a team get evicted, the team leader is gone too. The team leader can’t win the grand prize unless he makes it to the final 4 with at least one of his original team members, and if they go to the end together they would both win the grand prize. It might be kind of cool to see players like Danielle (season 3), James (season 6 and 7), Evel Dick and Dan or Memphis leading teams. They all had game and their games are different. It all becomes more of a chess game and the vets couldn’t just unite and knock off the newbs because they need them. I think it would be interesting to see how they would play the game.

Danielle should have won season 3, but a bitter jury gave the win to the other whatshername who really didn’t deserve to be final 2. She is definitely one of the all time greats of the BB game.

@Chloe.I completely agree with you.

Looking forward to watch it

Really want to see a fresh all-new cast this season, but I won’t lie, probably nothing would stop me from watching BB14.

@bleacherbum3.I tried to watch the glass house.But after about 10 minutes into the show,i changed the channel.It was to boaring for me.

Hey jw, GH was a disappointment for me as well. I’ll still blog about it some of the players they have are interesting but for the most part it’s a epic failure.

dawgs been watching the Tuesday – Thursday feeds and I watch the Monday feeds.. I barely got through the full 4 hours.

@Simon.I’m glad to know that i’m not the only one who think’s that The Glass House is boaring.

Not A PH D Student
Reply to  jw

I think you’re still the only one who thinks the Glass house is boaring, the rest of us may think it’s boing. Then again I am Not a PH D Student

jw
Reply to  Not A PH D Student

@Not A PHD Student.My mistake.I meant to say boring.I didn’t realize that this was a English class,where incorrect grammar and misspelled words would be pointed out.If you can understand what a person is trying to say,like how Simon clearly knew what I meant.Then it shouldn’t be a problem.But in the future if you feel the need to correct someone,you might want to try using the correct spelling of the word in question.You know,like not saying the correct word is boing.When the actual correct word is boring.For the record I don’t make a habit of going around,pointing out any errors that I might see in comments,because once again this isn’t English class.As long as I’ve an idea of what that person is trying to say.I don’t think there’s any reason to get on them for any grammar mistakes that they may make.

@Big Brother’s Big Brother.You wanted to know,what’s boing.That’s a question you should ask Not A P HD Student.

GH is pretty terrible to be sure. They do have some interesting ideas but the cast is so over the top cliche it makes the show borderline unwatchable.

I saw some promo photos on another site (sorry Dawg and Simon) and they alluded to Brendan and Rachelle coming back. For the life of me I can’t imagine a scenario where that would make any sense. This would be the 3rd year in a row and Rachelle has nothing to prove after she won last year. Brendan said he only played last year so that Rachelle could play again so I don’t think it would be his idea. Dear Lord I hope that they are not back again this year. I LOVE this show but I have no interest in watching Rachelle whine and cry for a 3rd summer in a row.

Gawd, I hope not. One season of Brenchel was bad enough. Two seasons was unbearable. And just when I thought we wouldn’t have to see them ever again after Rachel’s contrived “win” they end up on The Amazing Race. I love that show, almost as much as BB and I was so pissed I didn’t watch the first 4 or 5 episodes. She whined and cried the whole time and Brendon behaved like the tool he is. They didn’t win a single leg of the race (so much for being such great competitors) and finished a distant third overall. The only satisfying thing about seeing them again was watching Vanessa rip into Rachel. At one point she said “do everyone a favor and get your nose done before your boobs”. Which of course made Rachel cry.

I remember thinking last year when we found out Brenchel was going to be back on the show… “F**K… I have to listen to them 10 hours a day for another season” I reassured myself that Dick being on the show would balance things out and it wouldn’t be that bad… dick leaves week one and Rachel goes the distance.. UGH.

Rachel not only goes the distance… but she WINS!!!!

Pretty easy to win when it is rigged in your favor, had production not got involved to save her and Jordan neither would of made final three, if you can’t see that then you don’t live in reality.

Yeah Simon, you and Dawg really took a bullet for the rest of us that couldn’t bear watching the feeds. I have watched the feeds since BB6 and the last two seasons were the worst, often unwatchable. I remember once last season there were two cameras on Brenchel in the hammock and the other two on Jordan by the HT. Meanwhile there were lots of other HG we didn’t get to see. When those are the choices, I tend to tune out, so I appreciate that you and Dawg are there to let us know if and when something happens. You guys didn’t even get very many nip slips last season to make up for having to watch Rachel’s bipolar antics (and if I remember correctly, most of those were Rachel showing her goods). Last year I signed up for the feeds in spite of Brenchel and JJ because of Dick, and I was really bummed when he left before the feeds went live. He was a hoot on the feeds during his season.

I wasn’t a fan of Rachel in season’s12&13,but on The Amazing Race she didn’t bother me as much.To tell you the truth,I didn’t like the girl who hated Rachel.I think her name is Vanessa.I didn’t actually want her to win The Amazing Race,but I did want her to go further then Vanessa.It’s weird because like I said I wasn’t a fan of Rachel,but I was cheering for her.I just didn’t like how Vanessa treated Rachel.In my opinion Vanessa’s behavior towards Rachel resembled a mean girl attitude. Yes,I’m aware Rachel was a mean girl on Big Brother,but to me she didn’t act like that on The Amazing Race.Maybe she’s reaping what she sowed,and Vanessa’s behavior towards Rachel is pay back for the way Rachel treated some people on Big Brother.

Vanessa was nasty and catty, but I loved watching Rachel get some of her own medicine. I also question the edit, we saw what CBS wanted us to see, and it wasn’t just Vanessa that didn’t like Brenchel. The border guards and the other Rachel and her husband didn’t like them either because Brenchel kept trying to follow them.