Here you be the interviews from the Big Brother 13 Cast CBS press release States there will be 14 houseguests 8 new plus 6 returning duos. Worst of all they are bringing back someone from a past season check out the BB13 Cast Bios . CBS is asking us to vote who we think will return to the Big Brother House. Yes someone from a past season is returning UGH! Big Brother Twist giving us potential returning housguests brendon and Rachel, Dr will and mike booger, Jessie and Natalie (HA I told you), Evil Dick and Daniele, Jeff and Jordan or Hayden and Enzo.

We will find out who the allstars are going to be during the BIG BROTHER premiere on July 7th, Who do you want it to be? 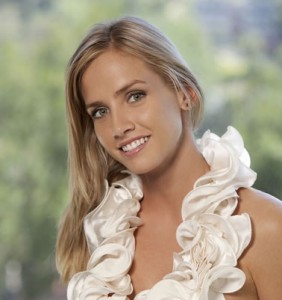 Working on it, it’s dawgs #1 priority this year ;)

I don’t understand how Natalie got that rep. she was my favorite that season and I didn’t see anything dirty about her.

I love you Christine. You are my new best friend

Did they announce these on the Early Show? I was watching, but saw nothing.

no early show this year

The article says 8 new and 6 returning, so who’s the 9th guy over on the side bar?

He’s Jason.. was pulled from the show at the last minute still haven’t updated that image yet.

any reason why he was pulled last minute?

Rumor has it that production found the cast selected to be too boring so they chopped ~ 1/2 out and went with a back up casting former players. Also I’m hearing that Dick and Daniele will not be on the show :( (god I hope mike booger isn’t on it Not sure if i can handle the season if he is)

I bet Rachel and Brendon will be there. They are attention whoring around, they can’t let go of that 5 minutes of fame. Dick and Danielle are the only ones I can stomach, and I don’t think it will be them coming back. Watching Will and Boogie again would be as exciting as watching Boston Rob win Survivor (worst season ever IMO). Jeff and Jordan? Ho hum, but at least not as annoying as Brenchel and Jessie/Gnat. I can’t believe Enzo and Animal made the list. Definitely don’t want to see them again. I can’t believe that out of the thousands of applicants CBS could only find 5 worthy of the game. I have a feeling this could be more of a dud than last season.

We’re now getting rumors that BRit and Lane might be a dynamic DUO and possible Eric BB8 now i’m getting excited BB13 !!

I would agree. I would like to see Jessica and Eric from BB8.

Eric and Jessica? I think they just listed some teams and probably have more options. I can’t see more then 2 from last season

Don’t know if you take anything from this but Brittany, Hayden and Enzo have all posted on twitter today.

I hope Hayden an Enzo return, because Enzo was so damn funny, and Hayden is a real cool guy. If Brenchel return though, i will break my TV. Those 2 were the only two people i disliked on BB12.

If Evil Dick comes back, I doubt I’ll watch every episode. The year he was in was the worst season ever!

Well to each his or her own but, the season Evil Dick was on was the 1st time I ever watched BB and he made me a fan instantly