This seasons first live eviction show. Jessie from BB10 is the HOH Winner he has nominated Chima and Braden for eviction. During this season the Big Brother House is divided into 2 even groups. It’s rare to see a house divided to early on in the season. Will Chima survive or will Braden be left in the house so he can finally figure out what Reality TV show he’s on. Right before the votes are cast each nominee is given a minute to plead their case to the other house guests. Chima shocks everyone by saying “A vote for Braden is a vote for a bigot” 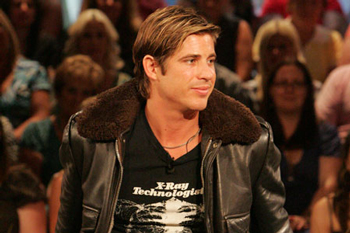 I cannot believe that she threw in the race card. Braydon lives in Cali so how can he be racist when that is one of the most diverse states. Also, he NEVER said anything about anyones race.

He called Kevin a beaner.

I think Ronnie may be finding himself in a lot of trouble this coming week depending on who wins HOH. Russell already does not like him, and the other 4 will figure out he was the defector.

WOW that was a surprise I wonder how long Ronnie will last?

I fuggin hate ronnie.. He’s a piece of shyt… And now he’s hoh… This is gonna be the worst week in big brother history

I despise / hate ronnie… He’s nerdy…. Ugly… Awkward… Weird.. And a compulsive liar… Get ready for a terrible week in big brother

Is anyone else finding the majority of the people in this house super annoying?? I can’t seem to get into it like past seasons…

I was hoping for Chima to go…and I was hoping Ronnie would NOT win HOH. Kind of a disappointing night all around for me. Ahh well…I hope Ronnie will get the ‘ole heave ho next time round, he’s getting on my last nerve (as well as Lydia, and Chima)

Thoughts anyone?? Am I the only one who’s not really into this season yet? I’m trying!! Past years I immediately loved it, but this one is taking effort!!

I’m into the season but haven’t really started liking anyone yet… I know who I dislike though.

I usually feel the same way as you LA in the beginning of the season, give it a couple more weeks I’m sure somebody good will come out.

Ya I hear ya…and I’ll keep on watching until it’s over, lol. You’re right though, other years there was always someone who I liked right from the start. This season it just seems to be people I don’t like…haha.

i agree, this years contestant aren’t as good as past years :( but maybe cuz its early still?

stupid ronnie got my hopes up cuz when the vote was 5-4, im like “YEEEESSS, ronnie will vote to keep braden! but nooo!! D:

I tottaly agree with everything you just said and i felt the same way! When the vote was 5-4 Im like “yes braden is going to stay” but then this stupid idiot votes of Braden! And im voting for the same houseguests as you, Im so mad that they didnt win hoh!!

I agree with you guys! I hate this stupid ugly nerd Ronnie! And yep this is going to be a shitty week, with him being HOH. But I can bet he is not even going to get to the jury house, the way he is playing, which is good cause i dont want to see his ugly face!

God-free-youth I said fuggin n shyt becuause I thoughts comments were screened for foul language and now I would say the ppl don’t like from most to least is ronnie Lydia chima jessie kevin natalie Russell and then I like casey Jordan laura jeff michelle… Any one agree?

The separation of who I dislike and like is the same, but different order. My opinion of the order within those two groups will probably change regularly, but with two constants, the people in the dislike group will never make it into the like group, and Russell will remain in the most hated spot until his is gone.

Anyone else think michelle is hot? I know she’s a brain and all but somethin about her look makes her soooo hot… Any1 agree?

and i agree. just watching him jump around with lydia and shit… i threw a shoe at my tv -_- (k not really…but i wanted to :p)

ronnie is getting on my nerves what a lazy fat ass

Amen ….seeing an overhead shot of him walking through the house with that big belly and duck foot walk cracks me up…as he scurries around like a rat whispering in everyone’s ears telling them each a different lie

This should be interesting Ronnie will say anything to anyone at any time and cannot be trusted – he may be HOH this week but he will have to nominate two people and then the target will be on his back next week. If I were him I would nominate Jesse and Russel to break up that group – Lydia is a liar also. Chima a self-rigtheous foul-mouthed creep and Kevin a nasty unforgiving piece of work – none of them will last through the middle of the season .

I totally agree with R Wolfgang. Ronnie should do himself this week in with his busy body actions and two faced way. He will be found out for what he is and hopefully BE GONE the following week.

Can’t wait to see Dan in the house next week!!!

My favorite player at the moment would have to be casey. He stays to himself and doesn’t really get involved with all the drama. I did like lydia in the beginning because i thought she was something different, but after her rant about jeff and jordan not caring about her going on the block and not supporting her against braden, i think shes a drama queen and is self centered. I really wish chima had went home and ronnie hadn’t got HOH D; This is going to be a horrible week. I was hoping that when russell realized that ronnie told braden about being put up on the block that he would have jessie put ronnie up in lydia’s spot.
since everyone is ranking the contestant i guess i will too. ;]
from less liked to most liked :D
Ronnie,Lydia, Natalie,Jessie,Chima,Kevin,Russell,Michelle,Jordan,Laura,Jeff, and Casey.
<3

Liked least to Most Liked.

Liked least to Most Liked.

least liked to most liked

Wait, i don’t think i’ve read all of the updates. but does anyone know FOR SURE whose side Ronnie is on?

Thats the whole point – Ronnie changes sides on a daily basis (which will be his downfall eventually) but it is interesting to watch.

he’s on Ronnie’s side. He’s making deals with everyone!

I am pretty sure Ronnie will become even more intimidated by Jessie and Russell and put up Jordan and Jeff. If he is smart he’d put up Jessie or Russell because the other group has numbers and the athletes aren’t really going to win anything unless its a physical(endurance) competition. I can’t stand Ronnie and I know he isn’t going to make the right decision. If not; he’ll definitely be out soon.

Ronnie will be intolerable as HOH. UGHH

my ranking; least to most

Kevin is disgusting and I hope he gets voted out soon. His gameplay sucks. They could have at least casted a hot gay guy. Like Joshua from BB9.

Ha Ronnie is sooo high school- he has got to go next week!

How can Ronnie go next week since he is HOH???

I just wish it was next week , the fastest we can hope for is the following week

Don’t worry – you can’t play all sides for very long in this game – he will be gone soon.

Well I have to agree about Ronnie..he is no good. But really I didn’t know how I felt about Braden until he left..if you think about it he really didn’t do anything and Lydia played them all this week. I agree with whoever said they thought Lydia was “different’ and maybe even “unique” but by her little fit she threw when she was nominated and the way she acted after that showed me she was just a little cry baby. I really hope she doesn’t last. I have been reading everyone’s least list of people they like..and I don’t know why but I kind of like Russell.He’s hot and he’s a fierce competitor…not his fault Jesse got voted in and they were the first group to do the dirty work. I just wish they would have been alittle smarter about things.

Here’s my list:from most hated to most liked.

is it bad that I like Jeff and Russell and they HATE eachother :) ha.

so far I like jeff and maybe jordan, and I hate jessie.

So i started out last week liking Lydia .. but this week she totally changed.. she is a skank. and i want her out

Ronnie’s little fat a#@ is going to be going home soon. I mean, come on fatsy (Ronnie). Anyone who plays both sides never makes it far. He is soooo lucky he has HOH this week. He isn’t going to last long. Someone is going to catch on to the game he is playing and his little fat behind is going to go soon. Lydia is becoming very annoying to me as well.

True to every high school movie cliche, Ronnie schemes and tries to earn favor with the power clique by throwing the people that would help him under the bus. And just like all those movies, they are going to use him up then it will bite him in the ass. It’s a travesty that he had the fortune to win the HoH after that betrayal. I just wish Jeff would have paid enough attention to notice that after the eviction, Ronnie went and stood by Russell and that group, it’s those unspoken cues that will eventually give him away.

Obviously I’m pulling for my top 5, but unfortunately I think Ronnie is afraid of Russel and has a man crush on Jesse and will end up nominating two from that group, probably Jeff and Jordan with Laura as a POV alternate.

Casey and Laura are quickly moving to the top of my list for being sharp enough to figure out it was Ronnie and bold enough to call him on it. I just hope it doesn’t get them evicted. Sad thing is it sure looking like Casey, Laura or Jeff will be heading home next week.

I get that what Braden said the other day was uncalled for but I really thought it was very rude and disrespectful and showed Chima’s true colors by repeating that during her speech. I found it to be disgusting and I really hate her for that.

Couldn’t agree more. He either made a great move or a colossally stupid move. His nominations will tell the tale, but I’m thinking it’s gonna be the latter.

lol i noticed that too :) it shows u that we can see the good players (ie jeff & co.) from the idiots (ahem, ronnie)

Honestly Roonie is a complete moron. Jessie and his boy toy Russel will eventually turn on Roonie sooner or later. There making him doing their dirty work so there hands are clean. I predict Roonie puts Laura and Casey on the block and they backdoor Jeff

Ronnie needs to stay away form Jessia and rUrsel as alliances. That tale of geeks beating the jocks can happen