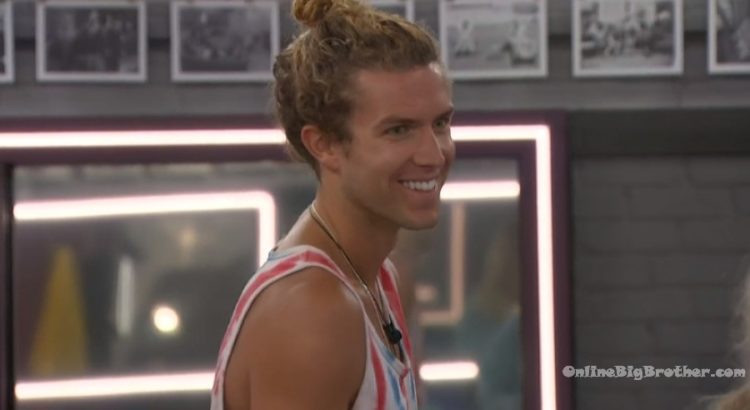 Nicole – what happened with the convo.. Tyler – Me and Memphis heard .. it kind of got loud. Nicole – oh it must have got serious. Tyler – I want to know now but I don’t want to run up there right away. Nicole – because it didn’t need to go badly right. Tyler – no. Nicole – it was more just I told him to be straight up. He (Kevin) was mad about being a havenot so I was like maybe give him a warning he is going up. Tyler – he is going to be mad anyway. Nicole – yeah you’re dammed if you do and dammed if you don’t. Tyler – it is what it is. 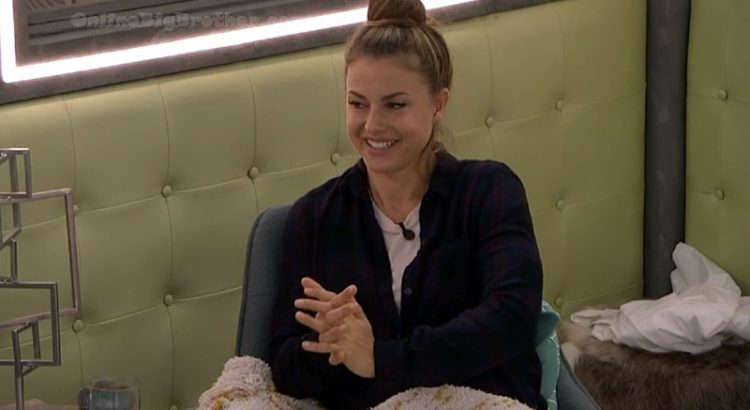 1:10 pm Christmas and Enzo
Enzo – you’re good.. you’re f**Ing good
Christmas – I feel for David and Kevin
Enzo – it ain’t us yo.. f** that
Christmas – my heart goes out to them
They talk about how Kevin knows he’s going up.
Enzo – we need to win POV keep noms the same and move to next week.. that’s it YO we’re f***ing final 8
Enzo – you just gotta focus on this POV man.. that’s it .. if I’m in it I win it and keep them the same that’s it move f***Ing forward man final 8
Enzo – me you and Memphis have a good thing going I love Memphis lets do something
Christmas – I love my wise guys… real talk if we really bust a$$ we’re so close we.. so the next one. I don’t know the next few are so important.. once we get to six it’s a game changer.. 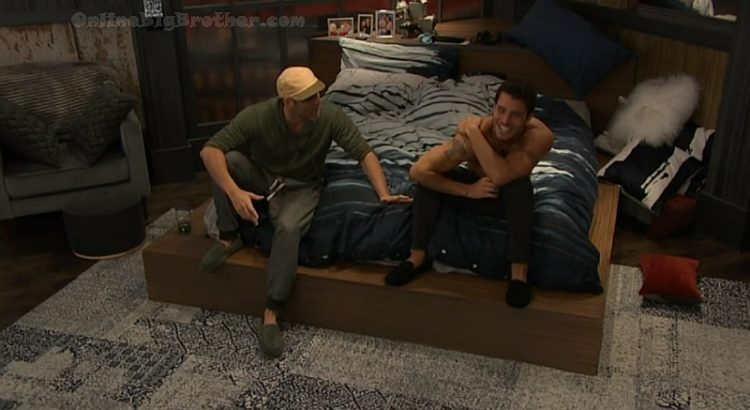 10:28 am Cody and Enzo
Enzo talks about his conversation with Kevin last night.
Enzo – do you think Dani and Nicole will take a shot and Memphis and Christmas
Cody – Dani will 100% against Christmas
Enzo – Christmas wants to go after Dani
Enzo – Da’Vonne told him f***ig everything all the alliance’s she was in f***ing everything
Cody – he’s gotta go.. he’s gotta go 100% (Kevin) 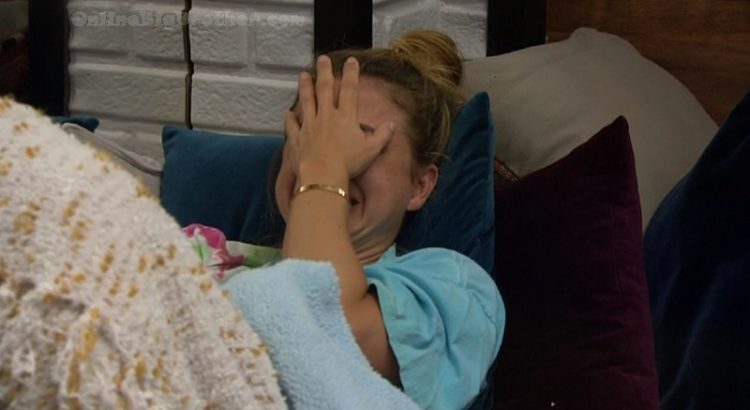 2:17 am Christmas cries
Christmas – there’s no where to escape you can’t vent here. telling people how you feel about being frustrated or just opening up in general, They’ll twist it and stab you in the back.
Christmas – I’m tired I miss my family … loyal’s birthdays in two weeks and i’m missing it to be here with these people that … (nobody wanted you on this season)
Christmas – they’re just so hot and cold and so hypocritical and I know I’m playing Big Brother you just get so tired of their crap.. their fake fake crap.. they sit there pretending to be all sweet and kind. and they genuinely care.. Da’Vonne’s right Nicole did stab her in the front and shit time she turned around and stand her in the back twice.
Christmas – hardcore gamers have to be heartless.. what a show this week.. I don’t even want to get into the dirty details. I don’t trust anyone here at all. I miss my family. I miss my son. I pray for them every night.
Christmas – I pray Loyal dreams of me playing.. he knows he is loved and he feels my hugs and kisses. I just want a real hug.