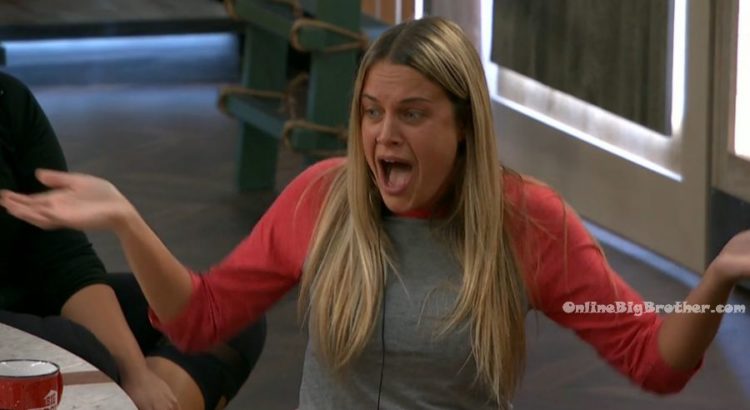 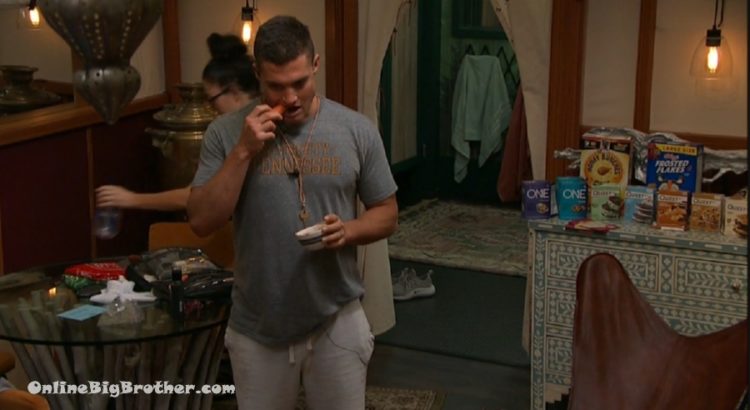 5:04 pm Jackson and Holly
Going over the campaigning by Christie.
Jackson – Christie shared some interesting things
Jackson says Christie is going to blow up Nick’s game tells her that Holly was going to go up as a pawn if Nick won HOH. Jess would be the target.
they agree that the house thinking that “Michie and Holly are going up anyways” is good for them.
Holly – She told me she wants to stay because she does have a target and she will take shots at Nick 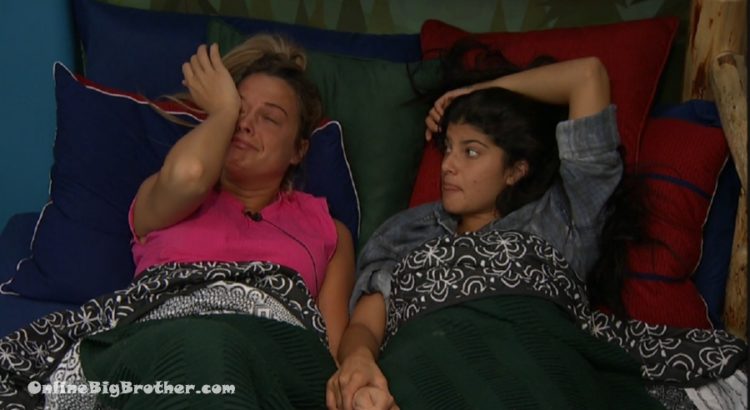 12:32 pm Sis, Tommy, Christie
Sis – if I’m being honest I think the powers this year sucked, Ovi’s the only one that had a good one
Sis says Jack’s power sucked and Christie would have been good if she got to pick the person to renominate.
Sis – I feel so brain dead without reading. I can’t even spell anymore
Christie goes pm wondering of getting rid of OVI was her big mistake maybe they could have used their power
Sis – if there’s anything I would take back it would be the blow-up on day 43
Christie- I would. I would take that back so quick.. I would take it back just vocalizing my feelings about Jackson.
Christie says she told Sam/kat that when she gets to 6 they would take out Jackson if she kept her mouth shut, they wouldn’t have had the blow-up. 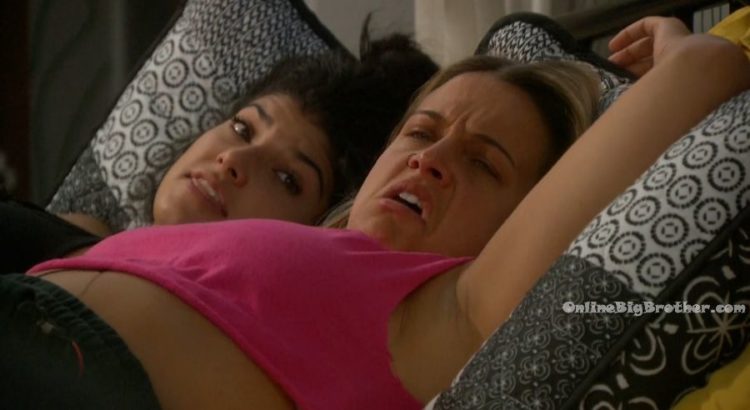 8pm Bedroom. Cliff, Sis, Christie and Jess.
Cliff talks about his wife Sharon. Christie – you must miss her real bad by now? Cliff – yeah but I’m more used to it now and I don’t know if its because I see the light at the end of the tunnel. Christie – or that its become your new regular. I’ll be there at the wedding when y’all find your forevers. Christie – I’m going to have a black heart when I get out of here. I feel so cynical coming out of here. Cliff – Isn’t it horrible, no one is going to trust anyone once they get out of here. Christie – I know.. this game changes you. It made me really cynical. I came in here with flowers and rainbows and now I literally don’t trust anyone.