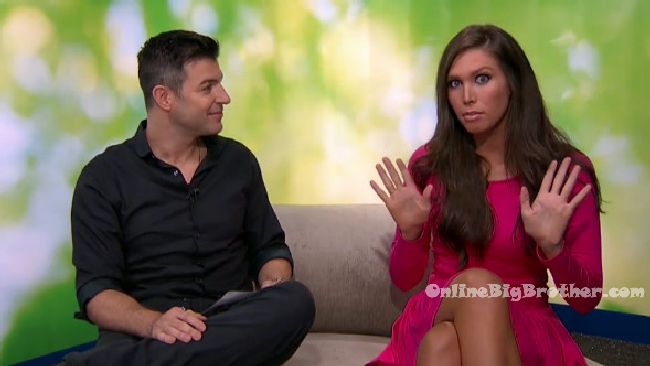 The new cast of Big Brother 17 was just released today with a mix of 8 females and 6 males, well not entirely true. What is not a first in the world of big brother but is a first for big brother US is that one of the new female house guests actually used to be a man. Audrey Middleton is a digital media consultant from Villa Rica, Georgia.

Audrey will become the first transgender on the U.S. version of the show, and she plans to use the program as a showcase … similar to what Caitlyn Jenner has been doing.
Audrey grew up in a small Georgia town as a boy, and life was far from easy. We’re told when she transitioned several years ago, her family had a hard time accepting it, but they’re now fully supportive and on board.

In her live interview with Jeff Schroeder this morning she stated:

Jeff asked if I call you Aubrey.. what would you do? How are you going to play that? It seems like you have a little sass… you don’t take too much? Audrey responded “Right, what I would do is too explicit for live streams so.. I will just keep what I would do in my head.”
Jeff said you’re going to be trapped in there with a lot of other people is that going to be problem for you? Audrey said “Not at all, I’m super adaptable.”

Jeff said it sounds like you’re super positive, what other positives are you bringing into this game? Audrey said “I think I am bringing in a very versatile perspective of a character that hasn’t been brought before” Jeff responded “Interesting! I’ll leave it at that.”

Jeff asked how far are you willing to go to win this money? Audrey responded “Nobody is off limits. I am going to do whatever I have to do. I kind of said that I want to play kind of like Dexter Morgan would. You know on the outside he’s calm, total socio-path on the inside. And I’m not a socio-path but I am not a wallflower by any… Jeff says please explain that? Audrey said no emotion. Jeff asked even if you find a best friend in here? Audrey said I am not going to say they wouldn’t tug on my heard strings a little bit but no they got to go.” (Socio-path definition: a person with a psychopathic personality whose behavior is antisocial, often criminal, and who lacks a sense of moral responsibility or social conscience.)

By subscribe to the Big Brother 17 live feeds through the banner below you are helping support OnlineBigBrother.com at no extra cost to you:

Simon/Dawg are yo gonna uplosd the interview or cbs gonna upload it to their website later?

CBS has uploaded the videos to the live feeds and on cbs.com. We unfortunately can’t upload the videos as it is against our terms of use with CBS.

I am very excited to have her on the show! I just hope her & the black girl aren’t the first one on the block. I think she is going to bring something very interesting to the show.

Appreciate BB adding a trans person but let’s hope it doesn’t become a storyline for the wrong reasons. I’ve had enough of Caitlyn Jenner; loved the strength to come out and I support her but at some point we don’t need to media force feeding her to us. I watch BB for strategy not for the LGBT platform, sorry CBS don’t make this a major storyline please.

Let’s hope BB allows Aubrey to be seen as the player she is and not be in the shadow of her story where that takes over because that would be a shame.

Plus I’m not into the whole play like Derrick, because he played with idiots and ran over them fairly easily.

I have to say I agree with the Derrick thing. I’ll give credit where credit is due, but Derrick played with a really mentally weak cast. I mean I couldn’t help but laugh at Cody on finale night when he was shocked most of the jury thought he was Derrick’s puppy (which he was).

that time of year again. Football is in a dead period of the offseason. Game of Thrones has ended, and its time for the void to be filled by this awesome website just like the last…geez has it really been more than 4 years?

Glad to see the US version is adding their first transgender HG! I just hope she’ll be able to be seen for her gameplay, and not have all of her airtime be overshadowed by her gender identity. And I just really hope she’s not targeted the first week for the wrong reasons. I just say that because players like Rachel who target people for personal reasons are the biggest idiots. If someone’s a direct threat to your game or playing the whole house like Ronnie, Derrick, etc then by all means take a shot. Hopefully whatever the twist are this season, we will see lots of blood, backstabbing, and scheming. I can’t wait! :)

I would love to see Donny back again.

Audrey’s a real woman, and I count seven guys and seven girls. For some reason we didn’t get an intro video for John. After watching their videos, I think James will be America’s Favorite and I think Vanessa will win. Very cool that Audrey’s in the house though.

sorry, I literally laughed out loud at your silly “Audrey’s a real woman” statement.

sorry to break the news but Audrey is a man who had undergone body mutilation to resemble a woman. I you did his blood work – he would still present as a mals ( Y chromosomes anyone?)

he can act and dress like a woman… but he will never be a woman.

with that said – this season looks to be promising… and so did last season. We’ll just have to wait and see.

He might still be a man but you would probably be first in line to have sex with her.

He might still be a man but you would probably be first in line to have sex with her.

Ha! Don’t confuse me with your Daddy, ho.

i agree. She is a man. I’m tired of this democratic world we live in

If you’re tired of living in the democratic “world”, then do yourself and people who do love democracy a favor by moving somewhere else. I doubt you’ll like what you find.

Sorry,I literally couldn’t help but laugh at how ignorant your comment was.

Secondly, biological sex has no relation to gender identity. Male, Female, and Intersex simply describes your reproductive organs, and physical features. Just because someone’s born female doesn’t mean they’ll grow to identity with being a woman.

Geez Louise! We haven’t even seen the cast in action and people are already bashing them. *sigh* This is going to be a long summer.

Keep on laughing at your ignorance!
Aubrey IS NOT a woman and will NEVER be a woman.

Get that through your numbskull…

It doesn’t matter how you try to play it down. Gender identity and gender are intertwined.

Aubrey the SELF PROCLAIMED sociopath just has some major issue that he needs to deal with… And mutilating himself to resemble a woman has obviously not solved his issue.

Gender is NOT a social construct. It is how we are designed to function.

People like you just have to get over it.

Thanks Sunshine! We can’t wait to share another season with you! 1 week to go!!

Does anyone know if the live feeds are available in Canada?