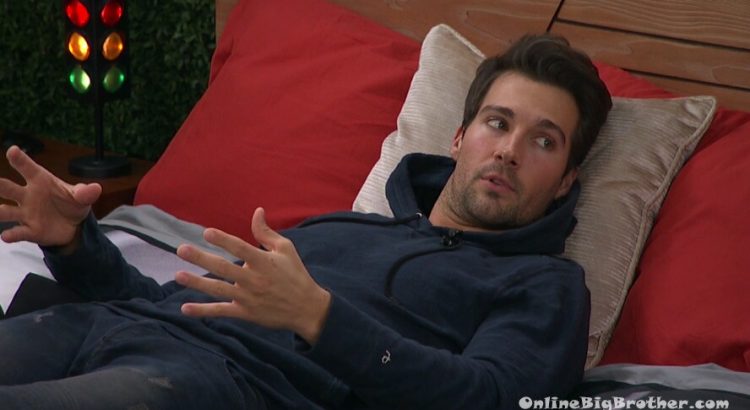 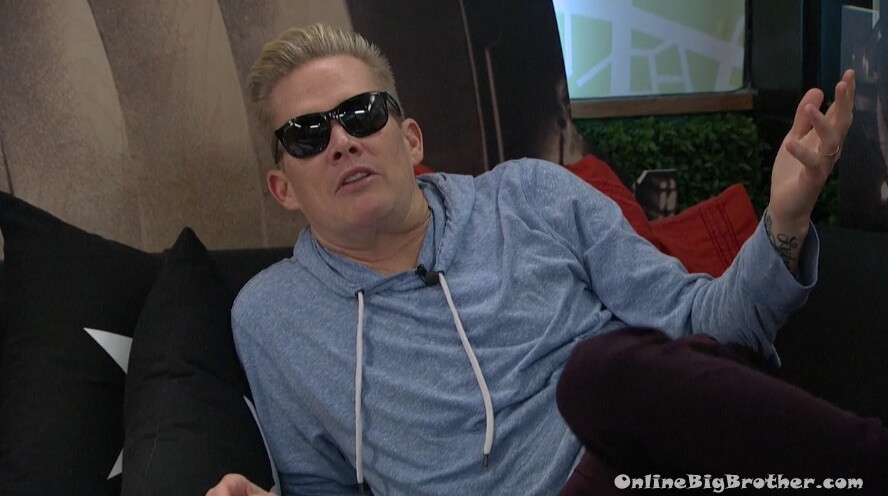 James and Mark are agreeing that Keshia is stronger and has to go.
James goes on and on about how the vote has to be unanimous.
Marissa agrees.

Mark says taking out Keshia later in the game will be harder than Omarossa.
(They want Keshia out)
They agree to go up to the HOH and tell Ross after Dinner.

Mark – Omarossa will be next..
Marissa – ok, that sounds good
James – especially if Metta keeps blowing up everyone’s personal game
Mark – he’s going to be here forever he’s going nowhere
Marissa – he’s going to have to go soon… I’m like He’s going to win
Marissa says if you are sitting next to Metta in the end, Metta wins. 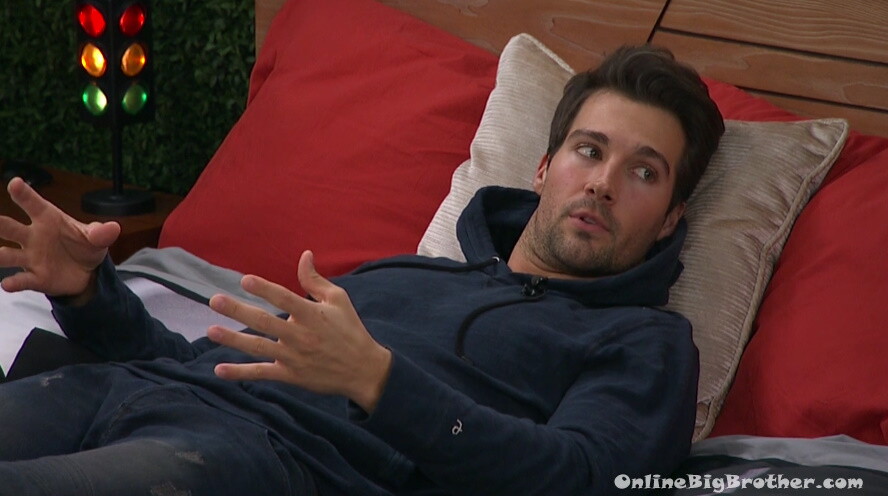 Later.. Shannon and Ross join them. They chat about who to send home and when to meet with Ari and Brandi to finish the conversation 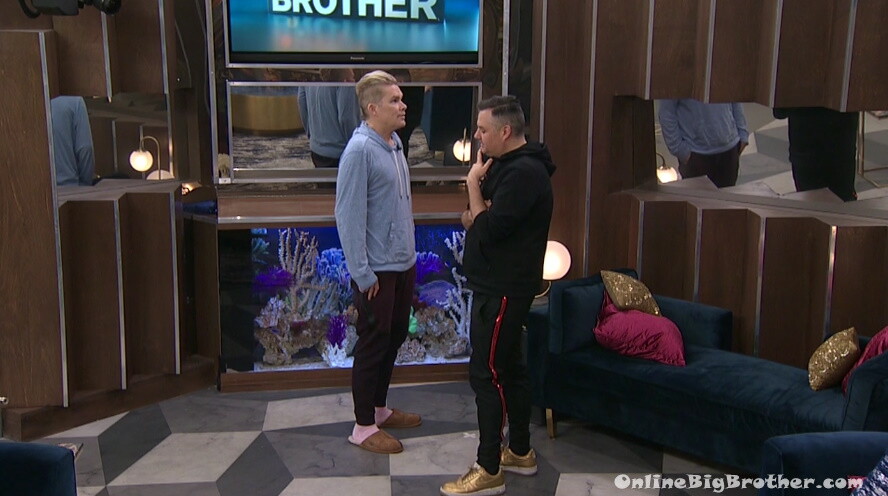 6:55pm Ross and Mark
Ross – I just feel like we’ve been playing Shannon’s game this whole time
Mark – I see the logic in it though
Ross – every time she’s been really pushing something there’s been a motive behind it that i have found out later
Ross brings up Shannon coming up to him and saying she “Just remembered now” that she had a final 2 deal with Omarossa.
Mark says for his personal game Keshia is a bigger threat than Omarossa
Mark – if you get House guests choice pick me don’t pick Shannon.. if she’s not already picked (LOL) 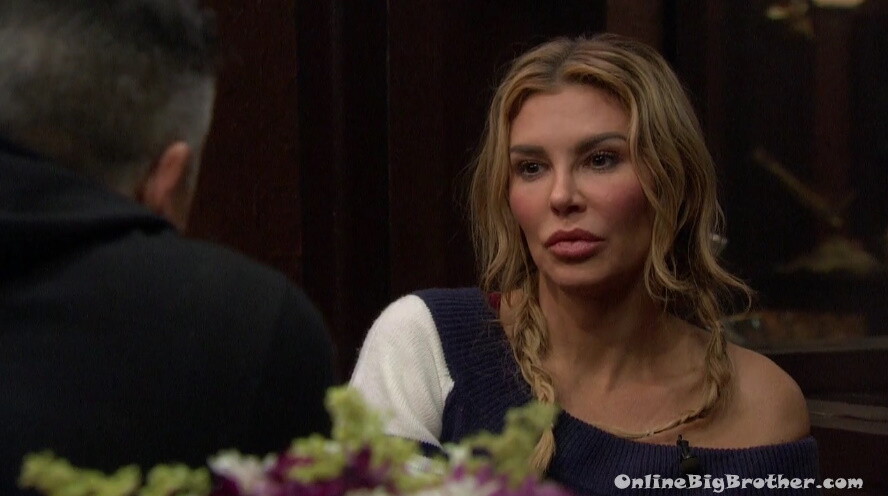 7:05pm Ross and Brandi
Ross mentions how the house wants Keshia gone she’s the stronger player. Adds that Omarossa has Asthma and won’t be able to compete in the competitions like the rest of them.

Ross mentions that Shannon and Omarossa have a deal that still stands.
Brandi agrees.
Ross brings up when he mentioned to Shannon and “them” that he wanted Omarossa out because she was after him. They looked at him like he had lobsters crawling outta his ears.
Ross says Mark and James both want Keshia out, So does Shannon. Ross believes that Shannon has a final 2 deal with Omarossa.

Brandi – hopefully it goes our way and we get Shannon out, It’s going to change the game
Ross – listen it’s not the end of the world to get Keshia out because she’s a strong competitor

Ross – if SHannon wins the next HOH she will convince everyone to take Metta out..
Ross – I just pray I don’t get Houseguests choice (For the POV players because he’s playing both sides right now) 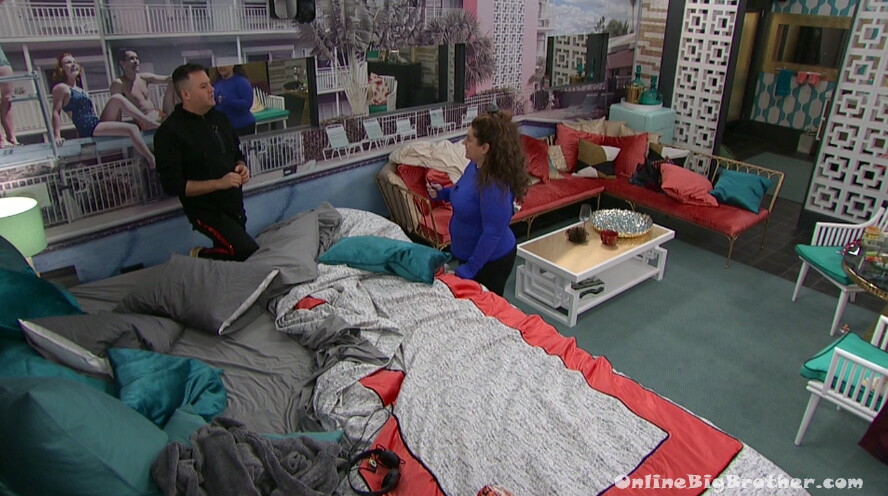 7:12pm HOH Marissa and Ross
They talk about the house being for voting Keshia out 100%
Marissa says personally she would rather have Omarossa out.
Rossa is worried that Omarossa will come after him personally

I’ve been pleasantly surprised by these folks. There are quite a few folks willing to get into some strategy and not just lie around all day eating cereal and performing under the sheets.

Well most of them are Married or in a relationship right now……. Thank gosh

Of course… keep rid of the black people first!!

It’s not a color skin or sexe issue. It’s a betrayal issue and logic of the game.

Why do so many people turn this into racial thing?

I agree, I LOVE BB, and I hate race always being brought up, but why is Metra being targeted too.

He is not being targeted…he wants to go home. He ask to be sent home.

It is Omarosa.. doesnt matter what colour she is.. she is a beach..

thank god there are some non-racist people left in the world, who see things according to stupidity and not color!

A white guy was the first one to go.

I don’t know why they are going after metta.. i’m starting to think it might just be because they’re black.

they want Metta out because he seems to be willing to do whatever Omarosa and Keisha tell him to do.

Cause he is floating and stated in the blog they see him blowing up game. I wouldn’t want someone like that around, they would blow up my game if I wanted to use him as a number.

Ronnie
Reply to  Guy From Canada

“blowing up my game” is near the top of the list of BB jargon that has absolutely no meaning. A player who’s in no way vital to my game, cannot blow up my game…however if I see a house of minions, working with another player I see as strong (Shannon) and I see a guy I can’t control who absolutely threatens me in physical competitions, well why not go ahead and use the unspoken (race) to attach him to the two people everybody in the house wants out.

To deny the racial aspect is just silly…it’s like ignoring the girls wanting to get out the guys because they’re guys. It’s just socially acceptable to tie all the guys together as a natural bond, where the image conscious celebs can’t say “well black folks are likely to stick together”

Also, it’s logical for Ross since Metta seems to work with Omarosa and would go for Ross if he’s hoh.

Again, nothing to do with color.

Metta has begged to go home, Ross asked him to please hang on until after this elimination and promised he would be next.

I realize you are just a race troll, every one paying attention knows whenever there is a black person on a show there’s someone like you. In this case it’s really flimsy since no one wants Metta to leave.

Didn’t Omarosa and Keisha make this a black people vs white people thing first? Are you watching the show or just trying to be controversial?

The fact that the bitches are black is
Besides the point. How about them forming a BGM pact if it had been 2 women making a WGM pact it would have hit thw fan

I like Metta and Shakira FTW. But as long as Canada women win hockey gold, I’ll be happy . Thanks for doing this , Simon and Dawg.

You get a big thumbs up from me just based on your hockey comment alone!

You get a big thumbs up from me
just based on your hockey comment alone!

Blech….. can Marissa get anymore obnoxious?I would go bat shit crazy being in the house with her. I like Ross but but secretly hope that Shannon finds out about this BD plan ……James is spot on with wanting to get Keisha out first….Omarosa will always b a target, besides I wanna see another Omarosa/Brandi showdown. Would like to see Keshia-Ari(boring AF)-Marissa out next. Sorry, I don’t find Metta’s ignorance “cute”….appreciate ppl that actually know what’s going on and not trying to self evict

Me myself and I

I don’t think metta really wants to go. Some of it is an act not to be a target. Then win more challenges in the end.

Question-I just watched last nights show and when Shannon was telling the 4 in that room about her deal with Omarosa, Melessa was scrolling through a tablet. What was it for? It big like a mini I pad

All the white people are targeting the blacks this game sucks this the kind of Trump world we live in! Enough said

or is it the blacks targeting the whites? who was called “black girl magic”? did you hear anybody have a “white power or white chicks” thrown around…of course not, it would be tacky and classless.

Yeah, this is becoming confusing. Keisha just now realizes she’s breastfeeding? How would you not ensure your baby had enough before you went into the BB house. I smell BS!