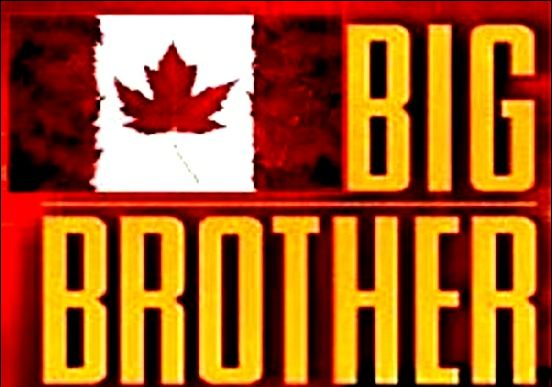 “After more than a decade, Big Brother is still a ratings winner in the major territories across the globe. Global has been a great partner from the beginning, when they brought the U.S. version of Big Brother to Canada 13 seasons ago. We look forward to seeing this proven format continue its home-grown success with the first-ever Canadian edition of the series,”

“All of us at Insight are so excited about Big Brother Canada. Like Captain Kirk said – Boldly go where no man has gone before – we’ve never produced a show that shoots 24/7. Casting this program is going to be a blast.”

Just like Big Brother US, the Canadian edition will have casting directors to hand pick individuals to create a diverse cast. The contestants will also live in a state of the art wired big brother house that will capture the audio and every move the house guests make. The house guests will also compete in weekly challenges and vote each other out one by one. The Canadian edition is scheduled to have 3 weekly episodes; in addition, the viewing audience will also be able to watch via live streaming video of the house. The viewers will also have the opportunity to become involved with the show through social media to vote on decision that will affect the outcome of the house.

More details about the production and casting will be released soon!

Super excited about this!! Finally Canada is getting BB!

so excited i cant wait for BB in Canada, wonder where it will be filmed

I hope you will try out for it, you seem to have a passion for this show like I do and now you should be eligible.
Not trying to suck up too much but you are the true definition of a super fan and I think you would do well, not to mention you would have a huge following from us down here south of the border.

Thanks Squabble, If i’m on BB Canada who will cover the updates for BB Canada? Dawg are you able to handle a season of BB by yourself?

I’d offer to help but I’m pretty much techno-tarded when it comes to computers and a little biased (I know not me) but that might not be a bad thing.

Maybe I want to apply too!

Oh, this must have made your day! How exciting! A foreign BB! :) Now we can pick on the Canadians on here. But, I will just like to see if you guys are any better at this game than us in the USA. I am sure you all will be just as good, if not better. I hope you get a chance to tryout, Simon!

Simon, are you going to blog about Canadian BB as well on this site? I don’t have any Canadian channels and rarely have the time to watch tv online so I would love to quickly read some summaries of the events on this site.

Yess!! finally, been watching and hoping every season to get one for us Canadians! ;D
so fu*king happy now! thanks so much for the info bud!

It’s awesome for the Canadians but it stinks for us…or at least for me…I don’t have a channel called Slice…never heard of it. =(

Congrats to Canada!!!! Simon and Dawg, I hope to see you on the show, that is if we Americans will get a chance to see it. Can’t wait. So excited!!

Finally, Big Brother have their own reality in canada.

HOLY CRAPPPPOLA, been waiting for this since I first watched season 1 of BB U.S, I am totally going to be sending an audition video for this. I’m gonna start making it ASAP. I’ve always dreamed of being on a reality show but canadians aren’t allowed to go on american shows. OMGOMGOMGOMGOMGOMGOMGOMG

Very happy for you Simon, I know you must be super excited about this. Anybody know if this will be aired in US at all? Would love to watch this.

We’ve anticipated a Big Brother Canada for a while now and we’re so happy there’s going to be one. We aren’t sure if it will be broadcast in the US yet, but we will let everyone know as soon as we find out.

Canada is awesome. It should have a Big Brother! They are bat$hit crazy. This should be good. Some of the most selfish humans alive. I expect there to be lots of alliance betrayal.

How do you apply?