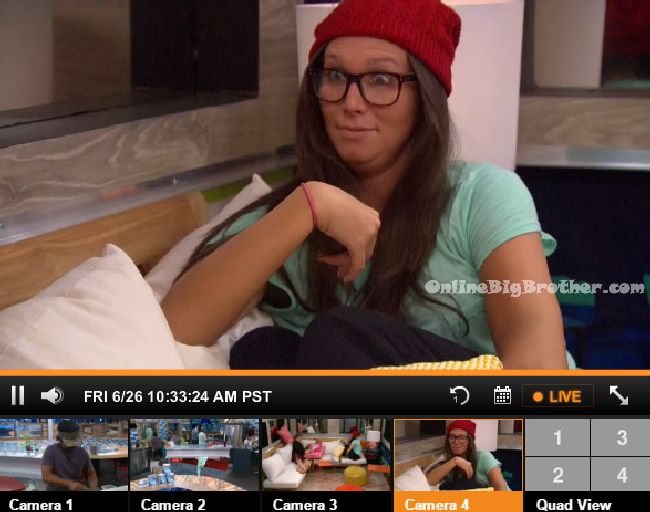 9:10am Vanessa is the first house guest to wake up. She heads to the kitchen and snacks on something and then heads back to bed. Soon after Big Brother blocks the feeds to wake up the house guests. When the feeds come back – In the bathroom – Liz, Steve, Jackie, Jeff, Audrey and Vanessa are getting ready for the day. Liz says that the havenot room was so cold and uncomfortable that it took her over an hour to fall asleep. Jeff jumps in the shower. He says I guarantee I’m going to be a have not next week. I feel we all should have to try. 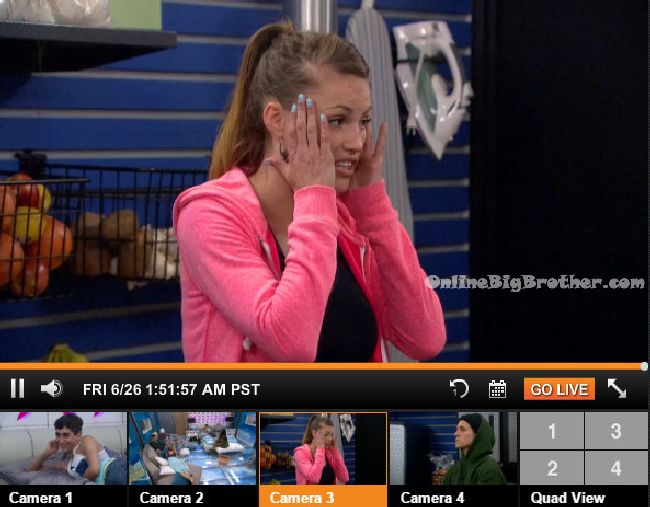 1:40am HOH room – Audrey, James, DaVonne, Meg, Jeff and Jason are talking. James says that he’s nervous about all the nomination stuff. Jeff asks really?! Everything went perfect. From a logical stand point .. the only people that aren’t going to be okay with it are.. obviously Austin and obviously Liz. John is going to vote with us. Obviously me and Clay. Becky is close with Jackie which I didn’t know about until today. Really we have all the votes. DaVonne asks how many people are voting? Jason says this week there are 13 votes. They talk about Vanessa. Jason says the feeds just turned on… I know people that would die and bleed to be in this game so when I see someone that isn’t grateful to be in this game