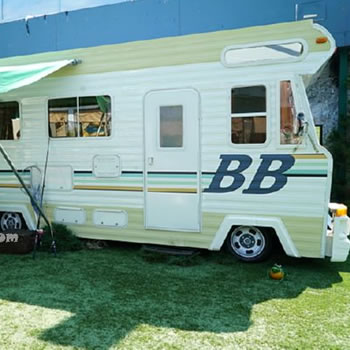 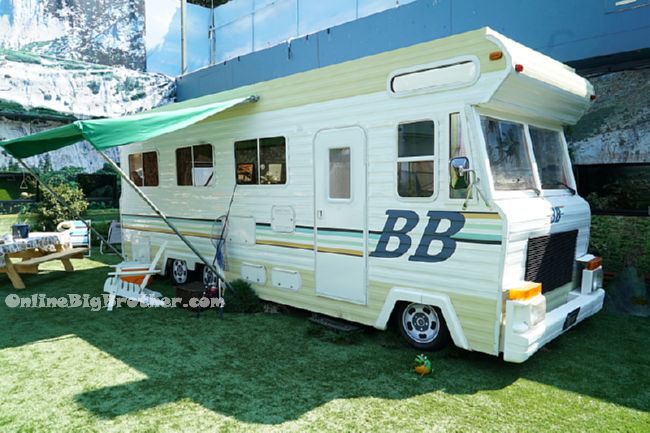 The RoadKill challenge will be played utilizing the RV above every week until this twist is laid to rest. This week we suspect Frank won the challenge and Nominated Paul.

This is how it works. After the HOH, Before the POV the roadkill competition will be played. The winner of that can secretly nominate one house guest. Since the competitions outcome has to be a secret these contests will most likely be timed challenges. If the nomination the roadkill winner had selected is saved from being on the block via a Power of Veto the Roadkill winner selects the re-nomination.

The very first Big Brother Road Kill will have the houseguests stripping down out of a track suit (complete with tube socks) into their bathing suit while trying to keep the three buttons in front of them pushed down at all times.

What exactly the power the winner will receive has yet to be revealed, but in the past contestants have won abilities to take a nominated houseguest off the chopping block, decide who is on slop for the week, win money or divvy out various other punishments or rewards. 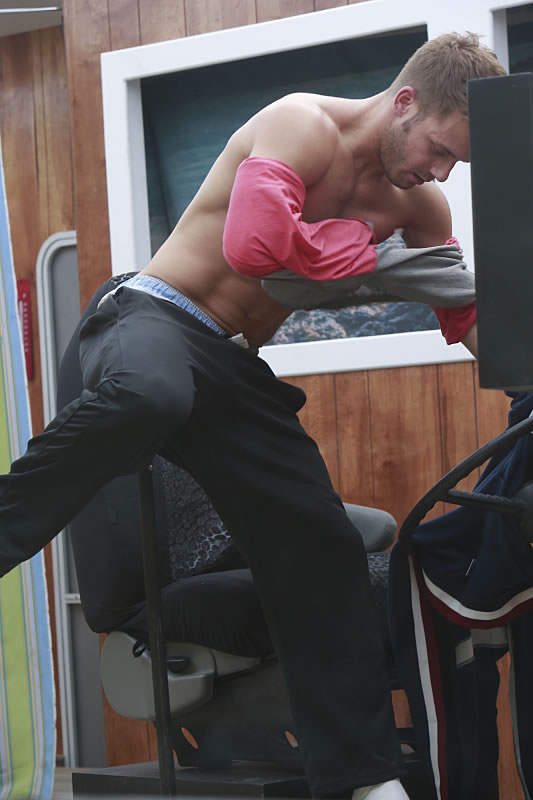 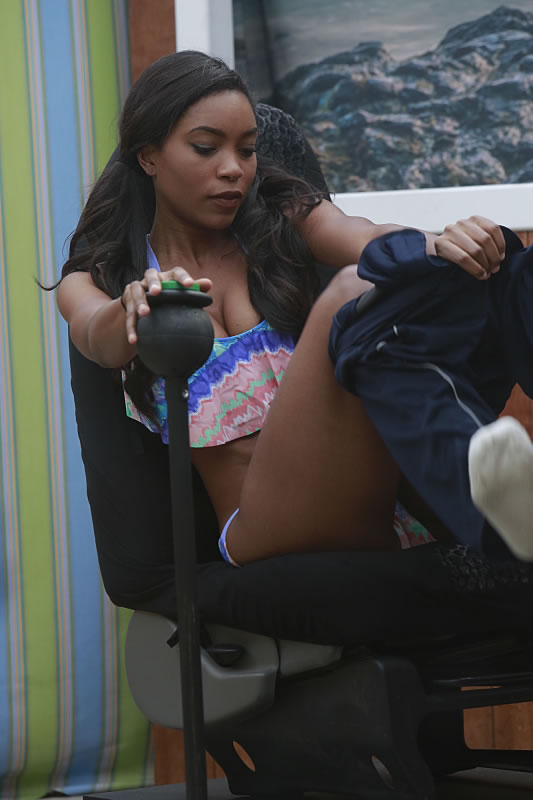 This looks like a fun, new change-up…the potential to wreck a carefully choreographed HOH is exciting! I look forward to watching the shows because life gets busy and I miss some of these posts, although I try my best to get onto this site often. My prediction is that Tiffany and James go far this year!

While I do like this idea, I can’t help but feel like this season could become too competition based. I wonder if all these completions are production’s way of helping frank get farther in the game

BB getting to be survivor of the fittest. Guests will need psychiatric help at seasons end/