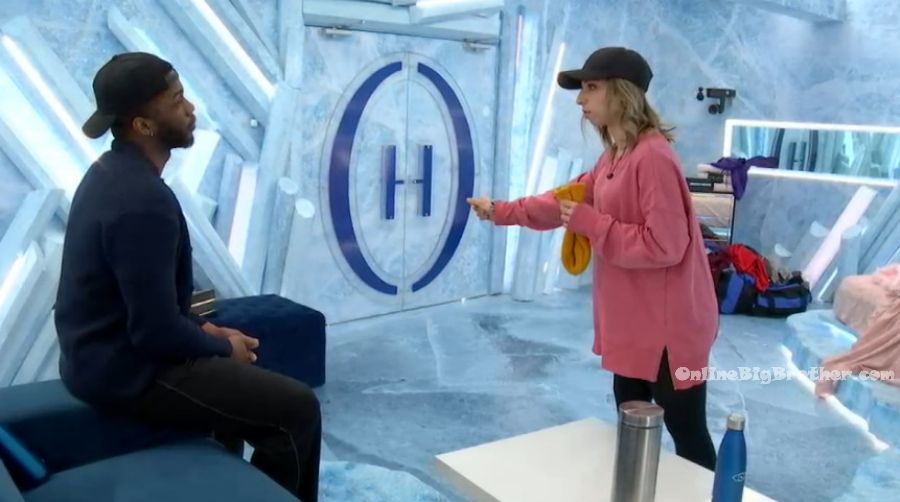 10:46pm HOH room. Sheldon and Sue.
Sue – lets say that we vote to evict Minh and the second after Carol self evicts. Sheldon – which she would probably do. Who is down to evict Minh? Sue – Me, Vanessa, you.. Sheldon – Vanessa is down? Sue – Mmmmhhmm.. I just talked to her. Sheldon – Chris will do whatever we want. Sheldon – do you think the whole house would be down? Sue – if you wanted it .. yeah. And then once we evict Minh.. Carol can self evict. You have to tell me if I’m being too savage right now. Sheldon – it is savage but I am not happy about Carol going home. Sue – me neither but to me whether we evict her .. she is just going to self evict anyways. She is talking to Vanessa every hour saying that she is just going to get up and leave .. she can’t even wait the five days. Sheldon – she is ridiculous. Sue – and if we are going to lose her anyways we might as well vote to evict Minh anyways. Sheldon – we need five? Sue – yeah and Hira will do what we say. I would rather not take the risk .. if she wins next week, we are f**ked! Its either me and Vaness going up or you and Brooke going up. Either way we are f**ked. Brooke joins them. Sue tells Brooke what she wants to do in voting out Minh as Carol is just going to self evict anyways. They can’t hold her hostage. With Carol I get it .. the whole mental health thing… but we can respect it and still play the game. Brooke – when do we let her know? Sheldon – she can’t know because she is going to leave right after anyways. Brooke that is so greasy though guys. Sue – to who though?!

Sheldon – no, no, no what is savage is holding the house hostage and then just self-evicting right after. Brooke – with the house it would have to be the whole house blindsiding Carol because we would look like f**king as^holes. We would f**k ourselves socially. Sheldon – like right now we are voting out Carol. I just know I don’t want Carol to leave on my HOH. Brooke – I think its the better move for you to vote out Carol. Its too soon. Right now what we have going for us is that we’re good guy Sue, good guy Sheldon, good guy Brooke. Everyone likes us right now. I want to play this to the end with you guys and I feel like this is the way to put up some major social road blocks for us. We have to play the marathon not the sprint. Sheldon – I am very upset that you’re right but you’re right. I know what’s been happening on my HOH’s. Don’t even say it to Chris. We can’t push the narrative. 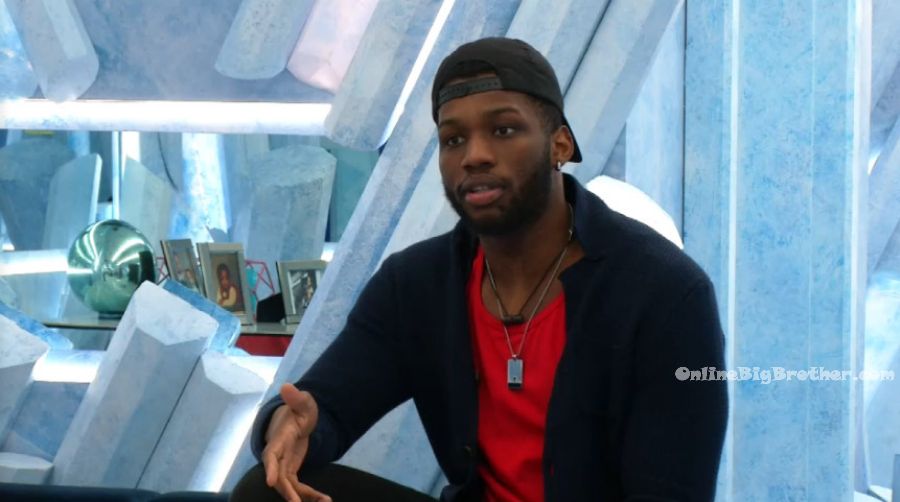 11pm The house guests play a game in the living room. 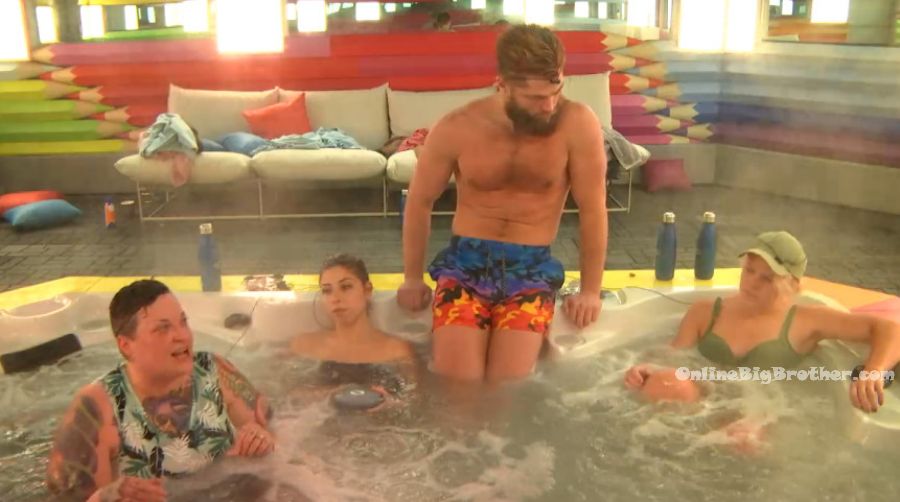 12:10pm Brooke and Minh have a bath together in the HOH bathroom. Minh – I am going to pray everyday that I get that next HOH. Brooke – I am trying to picture what you would be like as an HOH. I feel like you would be drunk with power. Minh – that’s what you guys both say but I don’t feel like I would be drunk with power. I feel like I would be happy. Sheldon – you’ve had that evil smile on all week. Minh – don’t judge a book by its cover. That’s what I look like when I’m happy. Sheldon – I think you’re okay. Brooke – I think you’ve done a good job and that you’re pretty well liked. Minh – I feel like if I were to get HOH my hands are already dirty. 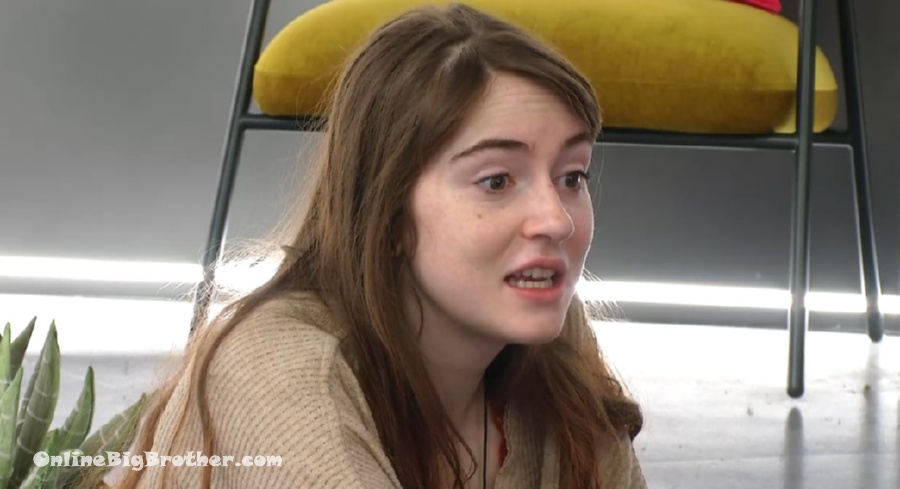 10:35 am Sunday Brooke and Sue
Brooke talking about how hard it’s for her and Chris to communicate because her mode is sarcasm and his mode is flirtation.
Brooke – I don’t flirt.
Brooke says Sheldon told her she’ll just have to flirt with him.
Sue – that’s true what shells said
Brooke – I know but I don’t Flirt
Brooke says she’s just going to be a goofball around him “Lean into whatever it is he’s doing”
They agree Chris is the smartest person in the house
Sue says Hira is for sure with them but JL is not so much.

THey talk about Sheldon and how he’s good to have on their side to get to the end but isn’t good to be against in the end due to their accomplishments in the game.
Brooke “the thing with Shels is I think we can more easily bury him in the speech in regards to .. and I would shamelessly do this. Like just bury him in the speech. “

It seems that Brooke, Sue and Sheldon are so sure of themselves.
Can’t wait to see them on the block