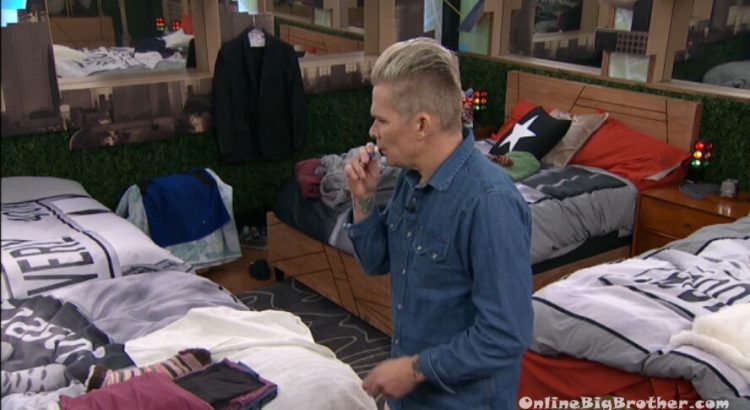 In Case you missed it. During the show today Marissa won the Power of Veto. She did not use it leaving Omarossa and Keshia on the block. Keshia was then evicted by a vote of 7-0. Apparently she wanted to go home to give Milk to her 1 year old. 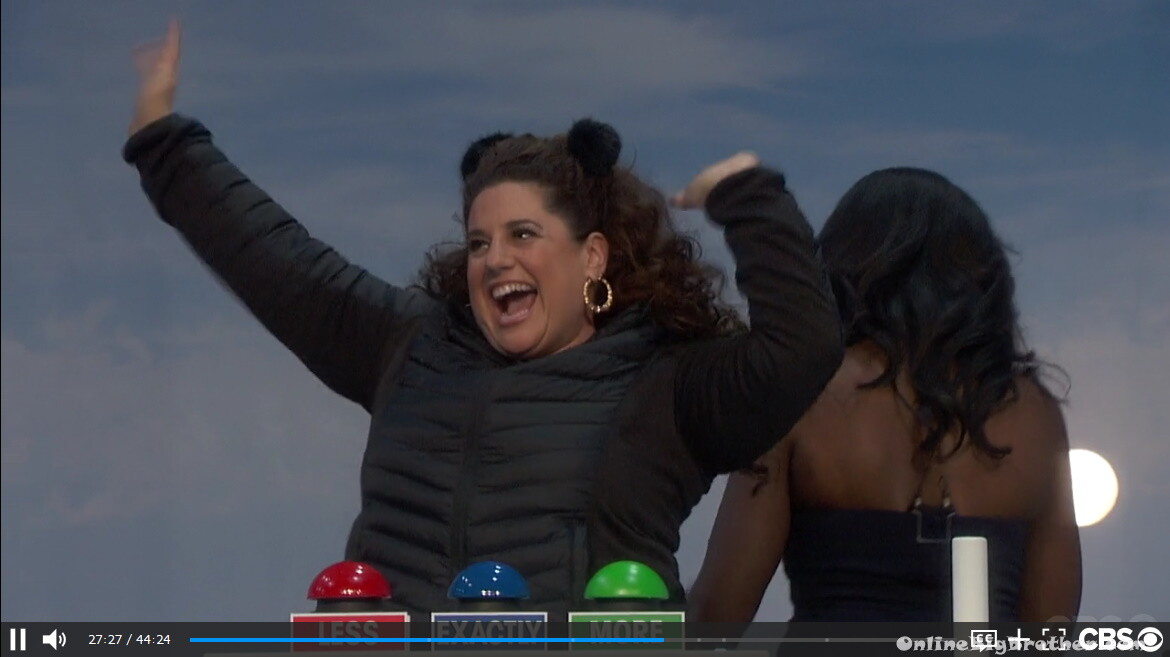 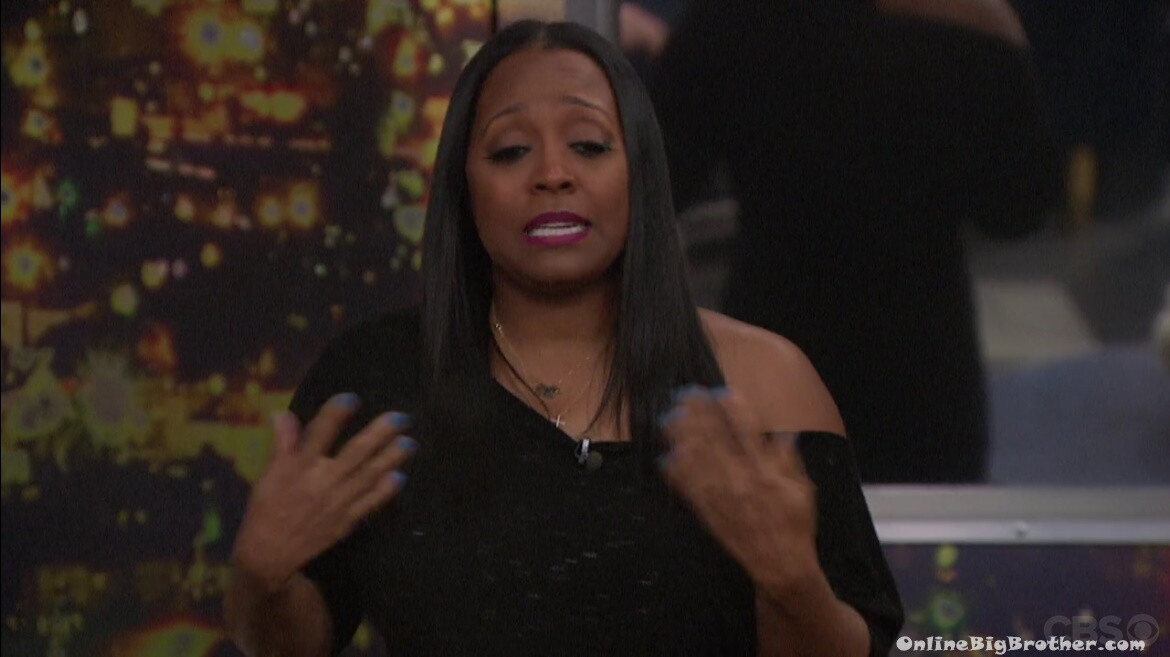 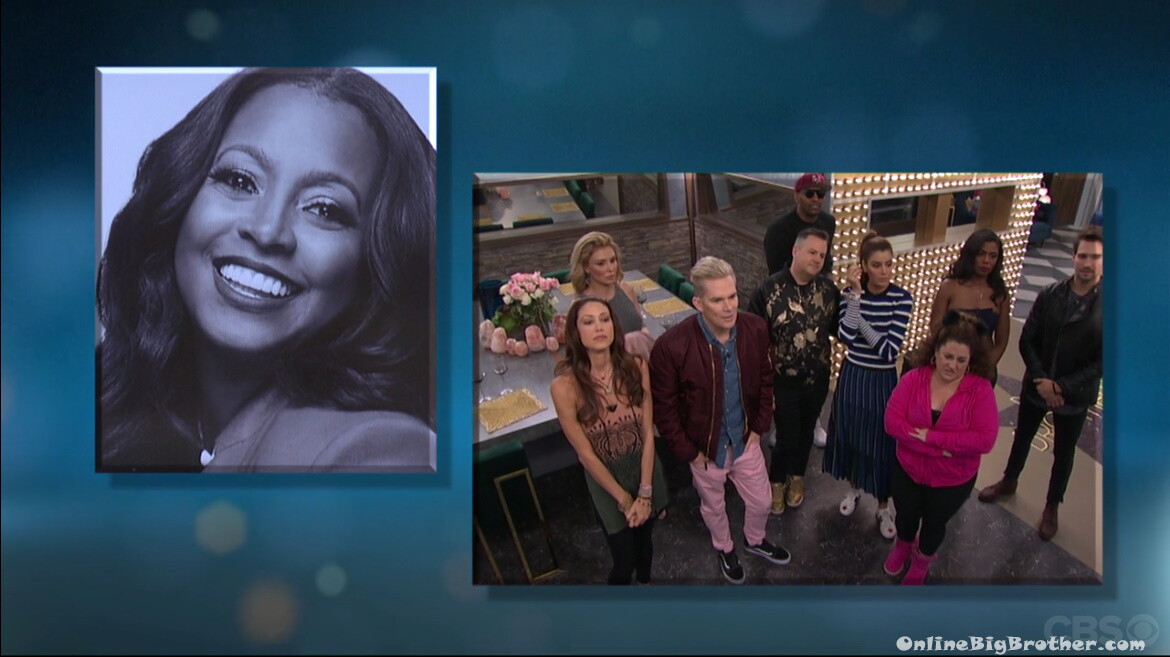 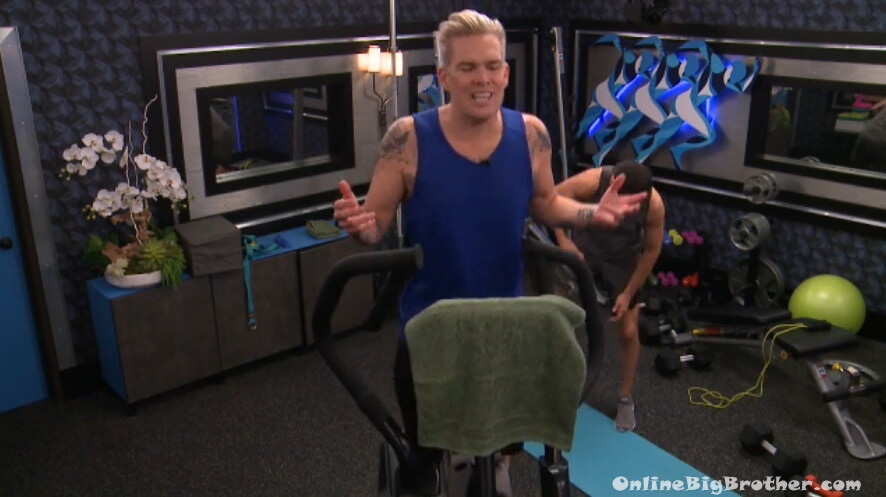 1:15pm Mark and James Working out (Before the show)
Mark about brandi – It’s sorta sad.. It’s you shtick… Ohh Brandi’s so controversial
Mark – she likes you.. she’s like a little girls she physically likes you you’re her type, you’re her everything
Mark – she can’t have you so now she’s going ton this BRandi reality attack.
James – I don’t care I’m not a reality star
Mark – you’re handling it like a gentleman..

James says Brandi hasn’t apologized to him.
Mark says she owes James 2 apologies
James adds that bradi is setting a poor example for Ari.
James- Ari is smart but she’s young..
Mark – very impressionable
James goes on about how you take a way a bullies power by making them not affect you.
James – only way to combat bullying..
James – she’s in there with the other girls saying how she doesn’t trust me in the game
Mark says she’s saying the same thing about him.
Mark – it’s really dumb gameplay to turn on your group
James- I’m a man of my word the people we talked about first.. 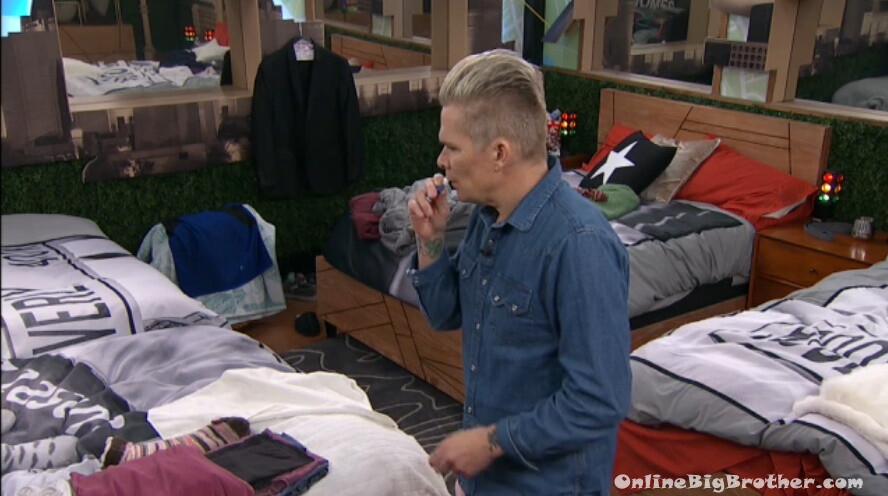 6:53pm Cam 3-4 Shannon and Mark
Mark – there’s not going to be another eviction until Friday?
Shannon nods “I feuss so unless they surprise us with Wednesday being live all of a Sudden
They agree Friday has to be a double
Shannon adds that the next 3 evictions have to be doubles

Mark says as of Friday with just a week left there will still be 9 people in the house
Mark – get ready for some chopping Broccoli everywhere. 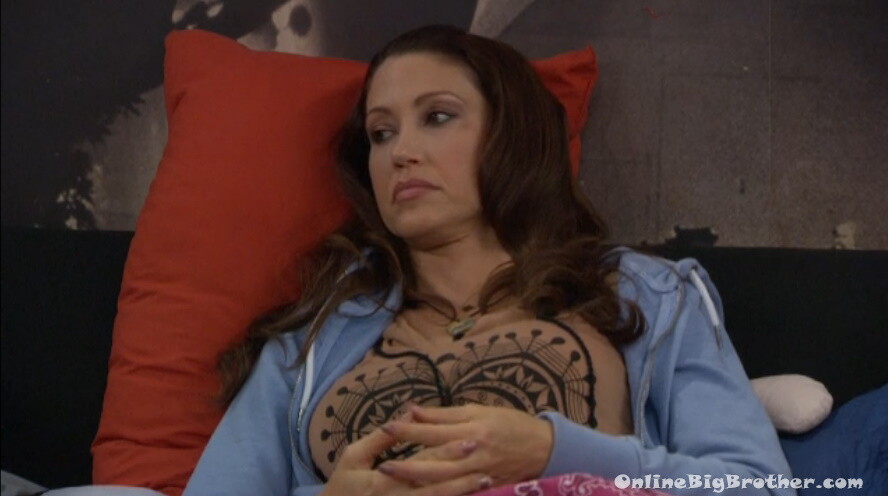 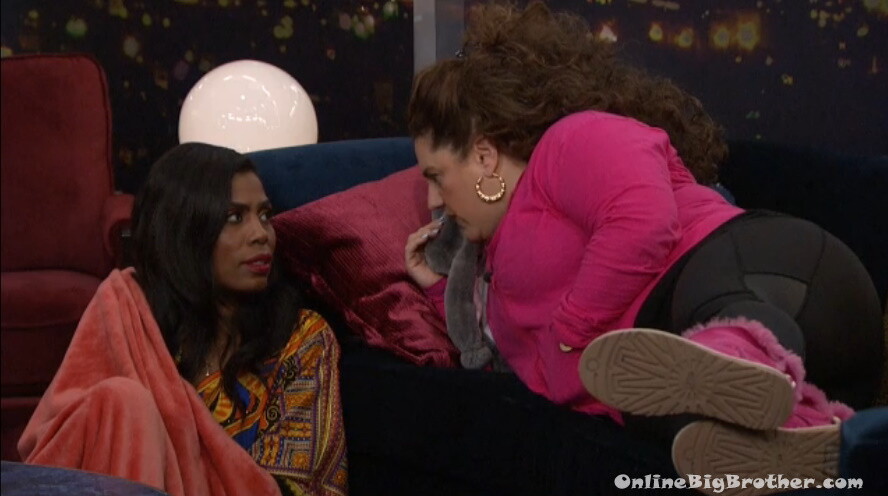 7:35pm Cam 3-4 Marissa and Omarossa
Marrisa chatting about finally winning something
Omarossa says Keshia “For real” wanted to go.
They bring up how hard Shannon was on herself during the Veto because she missed a question.

Feeds cut to pound rabbits.. They must be playing in the HOH.

Oh goody, we get to see Brandi , Marissa , Sofia Vergara and Manarosa act all cocky again in the HOH room! I was a Ross fan until his true bitchy little colors came out..along with his cohort Pumba… I hope Shannon , James and Mark can pull off a miracle here bc they’ve become the only likeable people left in the house for me

Is anyone using James as a shield or is James switching to a floater with Shannon being outed now?

Keisha meant to blow up Shannon’s game, but inadvertently saved her from a possible backdoor maneuver. She seems to think Shannon is some sort of villain, which shows how little Keisha understands about how to play the game. Does she think James is innocently sitting back and being preyed upon by Shannon?
Has she forgotten how she benefitted from Shannon’s HOH and subsequent POV win? Shannon was steering the ship while she and several others were trying to adjust to the rough waters. Oh, and it was Shannon who gifted Ross with his HOH by convincing James to throw the comp, as an “act of good faith.” Does Ross really think he beat James in that comp?
Observation: Chuck was confused and awkward at his eviction, but he made no excuses for himself. Omarosa couldn’t even cope with a loss in the HOH challenge and staged a sick-out, instead. Keisha didn’t get worried about nursing issues until she went up on the block.
The sad part is that people who are clueless about what constitutes artful Big Brother game-play will get to vote on a winner. I can’t help thinking that some of those very charming good-bye eviction statements for Keisha were made with that in mind.

Keisha believing Omarossa’s comments about Shannon not respecting Keisha’s HOH… the HOH that was handed to her in a lottery after it was taken from a prson who worked extremely hard to win it. Then Keisha steps up and disrespects the HOH who earned it and makes her own moves. Then, when everyone else in the veto, Shannon saves the HOH and “The Plan” to get out one of James / Chuck. Keisha then tries to bully Shannon into using the veto so she can (do what exactly… seriously does what she planned to do make sense to anyone at all, anywhere). Much like Omarossa, Keisha suddenly goes from trash talking badazz to running out the door. WEAK. Do you even have a mirror to see your crap?

This is an interesting big brother, but to tell the honest truth I much prefer the summer one.